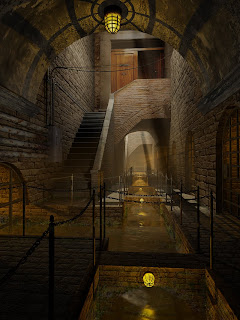 President Barack Obama's Solicitor General, Elena Kagan, argued successfully before the Supreme Court that the Federal government can detain anyone indefinitely, as long as they have custody of him and declare him to be a sex offender and mentally ill. From the statute:

GENERAL KAGAN: The Court has always said, Justice Scalia that the Necessary and Proper Clause, the question is is it necessary and proper to the beneficial exercise of Federal powers. And so this is, that it is necessary and proper to the beneficial or, what I said before, the responsible exercise of the Federal power to operate a criminal justice system, which includes the responsibility to ensure that those people who have been in custody in that Federal -- in that criminal justice system, are not released irresponsibly.

JUSTICE KENNEDY: But the brief -- excuse me.

JUSTICE ALITO: Well, I was going to ask, is it the case that the unwillingness of States to step into this area in these instances is a consequence, at least in part and perhaps in large part, of the Federal incarceration, that as a result of the Federal incarceration the person is no longer viewed by the State as -- as having domicile within the State, the State of prior domicile has no way -- way of knowing whether that person would return to a domicile in the prior State? Do you think that is a fair understanding of the reason for the enactment of this?

Kagan is saying that since the state sometimes doesn't care for released prisoners, the federal government has the responsibility and right to detain someone they feel is dangerous for actions they have not yet committed.

It effectively does require no connection between the underlying criminal charge and the subsequent commitment. You can be in custody for any crime whatsoever. It doesn't have to be sex-related, you can never have been convicted of a sex offense whatsoever.

So it really is, there is almost a complete de-linking of the crime which brought you into federal custody and your subsequent commitment. Can we imagine hypotheticals that -- that create a link, that rolls it into the punishment? Perhaps, but that is not this statute, and this statute must fail for that reason.

The statuate didn't fail. The federal government can declare anyone mentally ill and a danger to the community and lock them up forever, even if their sentence is up. The various headlines read that it is dangerous sexual predators who can be kept indefinitely, but Kagan's argument is not just for people in jail for sexual offenses.

JUSTICE STEVENS: Isn't it true that this statute applies even if a person has not been a sexual offender in the past?

JUSTICE STEVENS: That argument doesn't take care of that --

GENERAL KAGAN: -- just to put some numbers on the table, there have been 103 people who have been certified under these laws. Eight under -- under this law. 83 of them have committed sexual offenses; 20 --

JUSTICE STEVENS: No, but my point is the law applies to a person who is convicted of armed robbery or bank robbery and just before the end of his term in prison the authorities decide he is in fact a potential sexual offender. They can detain him.

GENERAL KAGAN: Yes, yes, that's right. As I was saying, 20 of these people fall within that category, that -- that they are in prison for a nonsexual offense.

GENERAL KAGAN: All of those people have had prior sexual convictions in their history.

GENERAL KAGAN: What is necessary is two things: First, that the person in fact have engaged in sexually violent behavior or child molestation. So there is a factual predicate there. And -- and so far, the Bureau of Prisons has found that about 15,000 people whom it has reviewed meet that factual predicate.

What Congress said here was something pretty simple and very reasonable. It said if we, the Federal Government, have somebody in our custody, and we know that that person has the kind of mental illness that is going to cause grave danger to the community; and we know that there is no one else who is in a good position to prevent it; and we know that we were in part responsible for that vacuum, then we should be able to do something about it. That's what section 4248 says, and section 4248 is constitutional for that reason.
Justice Scalia has several times suggested that maybe there is no experience of this, but I think that the fact of the judicial conference committee report, stating that there were these problems with respect to mentally ill people generally, rebuts that. So, too, this Court's view in Shannon, that section 4243 was necessary because there was a gaping statutory hole where States were not willing to step forward, rebuts that as well.

Neat. The government can now kill its own people or commit them to mental institutions or prisons forever. I wonder what will be next? Notice Kagan left out the bit about being a sex offender in her rebuttal. Perhaps we'll see this ruling extend to anyone who is called mentally ill and dangerous.
Posted by Susan of Texas at 9:08 AM

I don't think there's anything new about involuntary commitment of the criminally insane.

This just lets the Feds take their share, and even has some reasonable safeguards. Not that they'll ever let John Hinckley go, the Feds seem a little less likely than the states to go completely off the rails on ordinary cases like the Amiraults, the people locked up on "Recovered Memory" nonsense, or the thousands railroaded on planted evidence, police lies, forensic psuedoscience and bought off snitches.

A couple other discussions on it -

Notice that the dissents focused entirely on the state/federal angle. None of the justices found the substance of the law novel or troubling.

The Feds don't need their share--the state can already do this. Kagan's point was that sometimes the state doesn't, so the Feds need to step in. Someone (Kennedy?) said that there were procedures for that problem per the constitution, and the constitution doesn't allow for the federal government to incarcerate indefinitely. I don;t see why they need to increase their power this way.

The criteria are mentally ill and sexually dangerous, which seem much too vague. You can be sentenced to a federal crime, do your time, and if you have a sex offense on your record they don't have to let you go.

I realize that some people look at such events and say, that's not so bad, it'll only affect people who deserve it, it's close to what they do already, what does it matter? But there's no reason to give the Feds this power. I think, how can this be exploited by bad people? If Bush did this, what would I think? You have to look at the record. Obama's already refused to follow the law multiple times. Again and again, he's refused to accept the limits of the constitution he swore to uphold. It's not an isolated incident.

I can understand all the arguments but one--why would anyone willingly give up more legal rights? Isn't this how they are taken away--increment by increment?

Downpuppy raises valid points, but I've always been troubled by these dynamics. Such laws are certainly ripe for abuse. I think you'll like Marcy Wheeler's take, too.

Yes, we already say that the terrorists are psychopaths, even when they have what they see as logical reasons for killing.

Well, as long as I'm linking posts, on your last point, I think you'd like this Jonathan Schwarz post. (I've linked it before in one of my longer pieces.)

Actually, I just checked, and his latest is right on point, too.