The Hunting Of The Snark Cookie Of Gratitude: Thank You, Yves Smith! 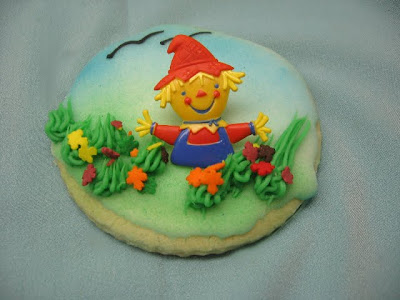 The latest Cookie Of Gratitude goes to Yves Smith, who deconstructs Megan McArdle's strawmen so we don't have to!

Megan McArdle has a post up discussing why she thinks the benefits of principal mods would be “at best small and mixed”.

The problem with her lengthy discussion is that it is rife with straw men.

Before we get to the nitty gritty, I want address two bits of framing at the top which I found troubling. The first was the title, “Principal Write-Downs Still Popular With Wonks”. The “still” suggests that wonks like it even though some, presumably most, yet to be named others don’t. And singling out “wonks” further implies that (aside from homeowners) they may be its only fans.

That is very misleading. Who is in favor of mods? The only people who under normal circumstances ought to have a vote on this matter, namely, the borrowers and the lenders. First mortgage lenders overwhelmingly favor mods to borrowers with who still have a viable income. Why? Do the math [....]

Already we have two things that Ms. Smith can do and Megan McArdle can't: ask why, and math. Ms. Smith goes on to point out the other strawmen McArdle erected; modification strawmen, availability of mortgages strawmen, 20% reduction strawmen. Go read the whole thing; it's always entertaining to see someone who is not very familiar with McArdle react to her work, and Smith does a very good job of assessing McArdle and her motives.

Meanwhile, back at the post that inspired Ms. Smith's response, McArdle tells us in comments that no matter what, the banks must never suffer for making bad loans, everyone else must pay for their folly and deceit instead. Her slavish devotion to banks appears to have no limit. She would rather see the housing crises drag on forever than see banks lose money.
Posted by Susan of Texas at 9:33 AM

McArdle tells us in comments that no matter what, the banks must never suffer for making bad loans, everyone else must pay for their folly and deceit instead.

Doesn't McArdle like to throw out the term "moral hazard" all the time? Only when it comes to the "small people", I suppose.

It couldn't be more obvious that she's nothing but a shill for corporate ownership of America if her byline had "sponsored by Citibank(c)" stamped next to it.

"She would rather see the housing crises drag on forever than see banks lose money."

NO. She would rather see the housing crises drag on forever and see banks lose money.

The banks know they will "lose" money. ("Lose" in quotes because [1] it's a loss against phantom expectations and [2] it's a loss against rate expectations that have not materialized--to the extent that those current over-market receipts will reduce the realised loss.) They know that the longer it goes on, the more money they will lose. They would rather lose 30% now than 60% later.

Look at the marginal case: assume my mortgage and my house are currently worth about the same, but it's taking 40%+ of my income. Now, I make the effort to keep the payments going.

Two years from now, when four people have been foreclosed around me, their houses sitting vacant, lawns unmowed and snow unshoveled, I look up and see that my house is worth 20% less than it was--say, 15% less than the outstanding mortgage. And I'm still squeezing everywhere else just to break even.

Meanwhile, those four foreclosures led to two people leaving the area and two who are now renting flats for notably less than my current costs. (Yes, their credit rating was impaired. They can't buy a house in a declining market, and maybe they need court permission to buy a late-model car with the money they're saving now that they rent. Gosh, that really hurts them personally.)

So I—who could have been modified two years ago—walk away. And the bank that was carrying my asset at the old value is now faced with a major writeoff.

It's not just that McMegan is wrong morally, or taking the wrong side. She's wrong economically. No business would, given the option, follow her advice: it's a "negative ROI" project that she wants them to continue.

McArdle says, "This starts looking less like a macroeconomic fix, and more like a way to transfer substantial money from banks to homeowners because we like homeowners better." I wonder if she just doesn't think beyond this black and white view?

I wonder if she just doesn't think beyond this black and white view?

And I wonder if she just doesn't think.

I assume ArgleBargle is given her Talking Points, just as Beck and sLimebag and various TV "reporters". Someone "explains" things to her and she turns around and puts the story in terms her d'oh-d'oh-head sycophants think they understand.

Hey! she turned up at Yves Smith's blog defending her strawmen, using the argument that Principal Mods, even if they worked (which she claims they don't) are Just Toooooo HARD!.

...the banks must never suffer for making bad loans, everyone else must pay for their folly and deceit instead.

Banks employ professionals to evaluate loan risks. They engage the services of appraisers and engineers to assist in same. And they even employ people to train their 'sales associates' in ways to talk their unsophisticated customers into risky products like adjustable rate mortgages.
~