David Brooks Is The King Of Hell 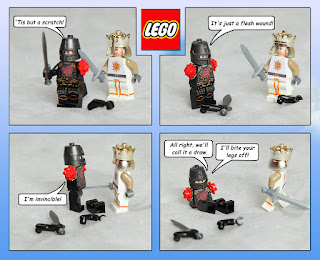 Image from here
Thanks to cynic for the link to Brooks.

"Babbling" Brooks is at it again. It's strange--I never slow down to look at car accidents but I can't look away from Brooks. Okay. Let's do this unspeakable horror thing.

They gave up trying to capture his voters.

For months Trump’s rivals and other Republicans have either retreated in silence or tentatively and ineptly criticized him for exactly those traits that voters like about him: for being a slapdash, politically incorrect money-hungry bully.

They wanted his racist, sexist voters.

But now finally — at long last — major Republicans are raising their heads and highlighting Trump’s actual vulnerability: his inability to think for an extended time about anybody but himself.

He seduces people with his confidence and his promises. People invest time, love and money in him. But in the end he cares only about himself. He betrays those who trust him and leaves them high and dry.

The reason Trump is a factor is because the Republican elite did just this to their voters.


It’s unpleasant to have to play politics on this personal level. But this is a message that can sway potential Trump supporters, many of whom have only the barest information on what Trump’s life and career have actually been like.

He thinks Megan McArdle is correct and it's just a matter of informing voters about Trump. They know Trump; he's been on tv and their magazines for decades. If you follow stupid people or the theories passed around to be picked up by stupid people, you are stupid.

No, stupid. The voters feel betrayed by you. They follow Trump because you and your elite cohorts betrayed them and impoverished them.

The campaign against Trump has to be specific and relentless: a series of clear examples, rolled out day upon day with the same message. Donald Trump betrays.


Trump billed his university as a place people could go to learn everything necessary about real estate investing. According to a 2013 lawsuit filed by New York’s attorney general, Eric Schneiderman, more than 5,000 people paid $40 million, a quarter of which went to Trump himself.
Internal Trump University documents suggest that the university wasn’t really oriented around teaching, but rather around luring customers into buying more and more courses.


According to the New York lawsuit, instructors filled out course evaluations themselves or had students fill out the non-anonymous forms in front of them, pressuring them into giving positive reviews. During breaks students were told to call their credit card companies to increase their credit limits. They were given a script encouraging them to exaggerate their incomes. The Better Business Bureau gave the school a D- rating in 2010.

“They lure you in with false promises,” one student, Patricia Murphy, told The Times in 2011. Murphy said she had spent about $12,000 on Trump University classes, much of it racked up on her credit cards. “I was scammed,” she said.

So were the rest of Republican followers, by Trump and everyone else. That's what happens when you mindlessly follow the leader.

The barrage can continue with Trump Mortgage. On the campaign trail, Trump tells people he saw the mortgage crisis coming. “I told a lot of people,” he has said, “and I was right. You know, I’m pretty good at that stuff.”


Trump’s biggest lies are the ones he tells himself. The reality is that Trump opened his mortgage company in 2006. Others smelled a bubble, but not Trump. “I think it’s a great time to start a mortgage company,” he told CNBC. “The real estate market is going to be very strong for a long time to come.”

Everyone else said the same thing-except for the usually-liberal people that everyone ignored because the wealthy were getting much, much richer.

Part of the operation was a boiler room where people cold-called clients, sometimes pushing subprime loans and offering easy approval.
Jennifer McGovern had trusted Trump and went to work for him. But she got stiffed in the end. In 2008 a New York State Supreme Court judge ordered Trump Mortgage to pay her the $298,274 she was owed. The bill wasn’t paid. “The company was set up in a way that we could never recover what we were owed,” she told The Washington Post.

Sounds like standard American business practice. When you screw everyone over and make them poor and desperate they tend not to listen to your warnings that you are being screwed over by someone else.
When you tell your followers that they should reelect Republicans even when they screw around on their wives, frequent prostitutes, wear wetsuits and diapers, screw interns--you get the gist. Why should anyone care when you told them they shouldn't care?

These weren’t just risks that went bad. They were shams, built like his campaign around empty promises and on Trump’s fragile and overweening pride.
The burden of responsibility now falls on Republican officials, elected and nonelected, at all levels. For years they have built relationships in their communities, earned the right to be heard. If they now feel that Donald Trump would be a reckless and dangerous president, then they have a responsibility to their country to tell those people the truth, to rally all their energies against this man.

Moron. If the elite had done that with Bush they might have a leg to stand on but right now they not only have no legs, they also have no arms and that head isn't looking very secure on their shoulders either.

Since the start of his campaign Trump has had more energy and more courage than his opponents. Maybe that’s now changing.

We are all dead and this is Hell.
Posted by Susan of Texas at 9:55 AM

Indeed. Trump University is to Typical Law School as Trump's campaign is to Kasich's. The difference being that Trump makes virtually no attempt to deceive his marks, just unsustainable assertions (this is good, this will make your rich) with no evidence, not even fake evidence.

Trump makes virtually no attempt to deceive his marks

Ah, the Nigerian Scam of US politics.

When you strip away everything else, it's really all about their feelings.