Ugly Is As Ugly Does 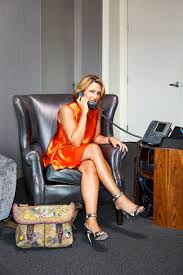 My purse could buy your house.


Megan McArdle had a busy weekend. To my surprise, numerous people noticed her post saying that health care is a business, not a right, and tweeted disdainful responses.

Health care actually is a human right. Not that the facts would change McArdle's behavior one iota. Obamacare has been in the news of late because health care companies are unhappy with their profits. Ordinarily, McArdle would have plenty of ammunition for her attacks as she is one of many who believe Americans are consumers, not citizens, and therefore their human rights are secondary to corporate rights. But as we all know, a drug company, Mylan, has been getting very bad press all week and rather than defend CEO Heather Bresch, McArdle decided to defend profit.

McArdle has been saying that health insurance isn't very profitable for a long time. She has said that the percentage of profit is low, which is what she says when she doesn't want to say that the actual profit number is very high. Incidentally, she used this dodge with her response to Elizabeth Warren's work as well. Warren said the percentage of bankruptcies due to medical bills increased. McArdle said that Warren said the number increased. At the time I thought McArdle was just stupid, but since she's using that tactic yet again, she was probably being shoddy and dishonest.

Bresch, the impetus for all the twittering, is quite the little princess. McArdle would thoroughly approve. Bresch sat for a fawning article with West Virginia Living magazine, not realizing that sycophants often betray the rich more with praise than their enemies do with condemnation. If you want to know the ugly truth about a wealthy person, find a kiss-ass article. The writer and interview subjects are so eager to praise that they reveal far more than they realize.

Here is Bresch in front of her ugly bastardization of a home. 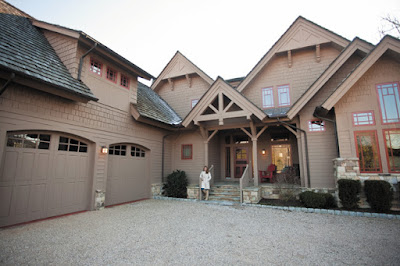 Thanks to Worst of McMansions, I now understand why certain houses are McMansions and why those houses are so unappealing to the eye. Here's Bresch in her top-of-the-line kitchen. 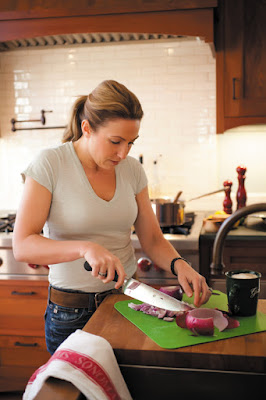 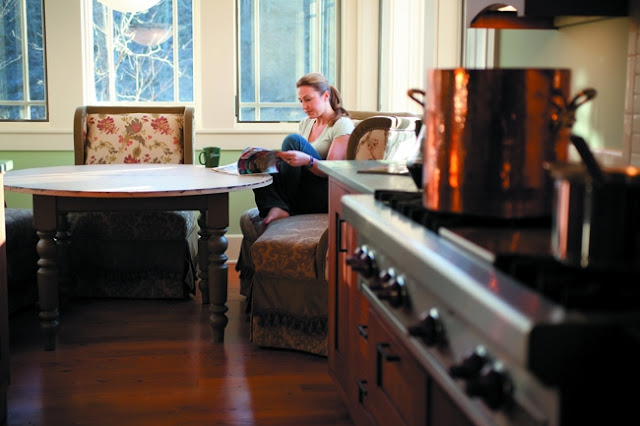 That hammered copper pot looks just like the Mauviel Mtradition Bronze Handled Soup Cooking Pot. It costs $775.00. The awesome thing about that is she only has to sell two EpiPen packages to buy it!

Hey, honey, you wanna buy a new Range Rover? It's only 200 packages! We can make that much money while we dine out on surf and turf! A $500 bottle of wine is only one package. Take that, conservative Senators who has to listen to lobbyists to guzzle down expensive wine! The kids want to go to Disneyworld? One or two packages per person per day, and you're living in the lap of Magic Kingdom luxury! Every time a kid nearly dies, you get richer and richer and richer!

I'm flashing back on a book called The Millionaire Next Door, written during that period where people were becoming celebrities by giving really bad financial advice. The authors claimed that rich people were rich because they were humble, frugal, simple people who only bought what they absolutely needed. That's why they were rich and all those free-spending poor people were poor. Needless to say, it was a dubious book, one that my library's digital services department is suddenly trying to push on me.

It's a funny quirk of Americans and our relationship with money: We want to feel like we have more than we really do but a lot of us want to be perceived as having less than we really do. It fuels our cult of authenticity.

I remember "TheMillionaire Next Door " differently. If you're making pretty good money and don't spend a lot impressing the neighbors, driving a snazzy car, trading in the old wife for a new one, etc. you'll end up with a lot more dough than if you make different choices. It wasn't the free spending poor he was talking about, but the free spending high earner who lived pay check to pay check. Those who look like millionaires may not be, while the guy next door who owns some non-sexy business and drives his car for 12 years might be. Humble didn't enter into it, if I recall correctly.

Oh, McMegan, I chuckled at her line about healthcare company profitability but I literally laughed out loud at the throw away addendum "and some are not for profit". Profit, as in having a shit ton of money, is a feature of the "not for profit" businesses around here. UPMC, our hospital chain has more than 100 people in the company who make over a million dollars per year. Highmark, the insurance giant here (with which the hospital refuses to accept as an insurer, mostly) often has more than a billion dollars in cash on their balance sheet.
So, yes, not for profit.

I can't wait for you to comment on her latest on Obamacare should have been Medicaid.

Em - that's what I thought Millionaire Next Door was, too, not that I bothered to read the fool thing,

Good luck, a mild head start, & a bit of a tightwad was all it took for our generation to end up well fixed

Think it's still the same, you just need a bigger head start

It was a financial advice book where the thrust was that if you did what these oh-so-wise millionaires did, then you'd be wealthy too (so by extension if you're broke then it's because you're flashy). They insist that things like education and pre-existing wealth are not the main factors in accruing wealth, so basically it's a gentler and science-y version of that "Habits of the rich" shit that Dave Ramsey et al. were flirting with a few years ago.

They wrote a few follow-ups that got increasingly blatant and condescending about it. Break it down and it's typical financial advice trash - it's mostly on you if you haven't made a fortune yet.