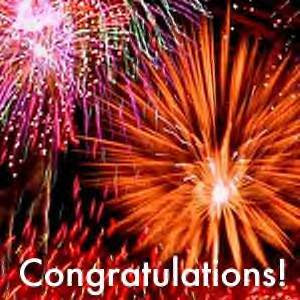 Although we at the Snark are not at all confident that Elizabeth Warren will actually be given the power she needs to be an effective consumer advocate, we are happy to see that she will be able to have some influence. Most of all we wish to congratulate Megan McArdle for doing her part for Elizabeth Warren. You see, it seems that bloggers were instrumental in applying the pressure necessary to get an appointment for Warren.

I just got off a blogger call with Elizabeth Warren (if you have any doubt that her appointment is seen as by the White House as a concession to the left, note that bloggers are the first people who get to interview her after her appointment was announced) and I got the chance to ask her whether credit reports came under oversight of her Consumer Financial Protection Bureau -- especially when they're used to deny people jobs or to set rates for insurance.

She said yes, it did come under this act -- "credit reporting is an important part of credit", and she said she shared my concerns. She apologized for not being more specific, but said she would be looking into it.

In response to other questions, she said she was looking forward to working on the inside, and would also be a part of the president's economic team with input on larger economic issues.

I think that's the single biggest gain with this appointment: That working people will have a strong, informed ally in the White House. Someone who really does understand our economic pain, and isn't going to be deterred from talking about it.

While I don't doubt she'll have her enemies working against her, she sounds confident and ready to fight on behalf of us all. (And, as she pointed out, a year ago Barney Frank told her the idea for this agency was a "pipe dream" that would never happen.)

"This is about rebuilding America's families, because that's what will give us a stronger economy," she said.[my bold]

We are so very grateful to Megan McArdle, for it seems that by doing her best to destroy Warren in public, she help fan the flames of a bloggy bonfire of support for Warren. Without McArdle's match, the flames might never have caught.

So congratulations again, Megan McArdle! And we wait in eager anticipation for her second attack on Warren, which was announced 57 days ago and (as we have said before) will no doubt will be the absolute most definitive statement on the matter of Elizabeth Warren in the entire history of mankind!
Posted by Susan of Texas at 11:49 AM

Maybe Megan is waiting to publish Part 2 until Elizabeth Warren is deceased, the way she did with Doris Dungey.

You are right to suspect that Elizabeth Warren won't get the power she needs. Warren will be marginalized by the Administration, just like Paul Volcker.

McArdle has been terribly busy, with the wedding and honeymoon and many humiliations she's inflicted on herself lately....

No, Megan just knows the rule of blogging for money 101:

never commit your opinion against a lost cause

Integrity is for small people.

Whenever Part 2 comes out you just know that "It [will be] a very serious, thoughtful, argument that has never been made in such detail or with such care".

Megan buying a house is like Lucy getting a job at the chocolate factory--you know it's going to get all fucked up in the end. Did anybody really think Megan was going to be able to negotiate the purchase (and closing) of house in DC, when she can't even get license plates? But this is hilarious; I'm waiting for more.

She doesn't know what a Platonic ideal is either.

She just fessed up that the owner is underwater & abroad.