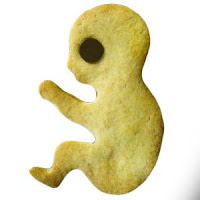 McArdle is droning on in her ignorant way about trains, so let's look elsewhere today. Dear, pious Kathryn Jean Lopez furrows her brow, gingerly uncaps her fountain pen, (which she still uses because the nuns told her to), sticks her tongue out a little in concentration, and begins her tale of gratitude for her blessings.

There is gratitude for those who have been true trailblazers. Liberal feminists are forever honoring their heroines’ victories in the face of supposed oppression. But one woman who was among the first to graduate from Harvard is missing from their list of honorees. The Senate had passed the Equal Rights Amendment 84 to 8. The House had passed it 354 to 23. Thirty states had approved it the first year it was up for ratification, and only eight more states were needed. The ERA was going to be the next constitutional amendment.

Except it wouldn’t be. Because Phyllis Schlafly stopped it.

That reminds us, some day in the future we must take time to spit on Schlafly's grave.

Conservatives like to say that conservative women are the real feminists, since they have managed to take advantage of both women's struggle for equal rights and the corporate and religious elite's attempt to destroy it. It is a testament to the depth of conservative hypocrisy that it loves to take advantage of the very same thing it is seeking to destroy. Schlafly should have been given speeches when women were arrested for speaking in public; that might change her mind about the necessity of equal rights by law.

She was a Mama Grizzly long before John McCain picked Sarah Palin as his running mate.

She sure was. She also put her career before the children as the conservatives say, instead of staying home to be there when they needed her. Where were the anti-feminists when Schlafly needed them to keep her out of university and off the public stage? To turn her extremely bright mind to its proper sphere, ironing and baking and taking the kiddies to church, as well as volunteering her work for free in the community and parish?

I’m not sure that grizzly bears are all that comfortable in St. Louis, where she was born. But comfortable is one thing that Schlafly definitely is: comfortable that she is known for stopping the ERA, comfortable that she fought feminists on their turf — with class. She’s a lady, and when she saw threats to marriage and family being pushed by the ERA and its proponents, she would have none of it.

We have a lot to thank her for — including being a lady who modeled fearlessness in politics, even while being attacked as a self-hating woman who deserved to be burned at the stake.

Nobody tell K-Lo that Schlafly does not support Palin for president. It might make her cry.


But by God, K-Lo is right about one thing. Marriage is under attack because if men and women are equal, the man is not the head of the house and the woman is not required to obey him. Next thing you know, she'll want to decide how many kids she'll have!

I often find myself debating feminists, arguing about feminism and how it has made the world worse. I’m frequently told that I am an ungrateful, um, witch (except now that’s actually the word they use). That I have Gloria Steinem to thank for the fact that I’m even allowed to have an opinion, never mind get paid for having them. Well, I am grateful for Schlafly, a woman who has succeeded in politics and debate without walking away from faith, family, or femininity.

Go ahead, K-Lo! Let your freak flag fly and say bitch. God won't strike you dead, we promise. We've been saying it ever since we read your article.

And there is gratitude for enduring institutions. Even as Nancy Pelosi was thanking God for the liberal religious sisters who bucked up her dangerous health-care legislation,

That the pope supports.

the Catholic bishops’ conference showed it understands that this is no time for business as usual in the church bureaucracy.

Therefore the priest-boy scout overnight picnic has been cancelled.

Breaking with tradition and seniority, they passed over the next in line and went with a leader who has helped train and inspire an orthodox, faithful army of young priests who are willing to take on the lies of a culture of death.

Archbishop Timothy Dolan of New York, based on Fifth Avenue, now has a second leadership base in our nation’s capital as president of the U.S. Conference of Catholic Bishops. I’m certainly grateful for that.

And who would Timothy Dolan be when he's at home? It seems that he's not a very big fan of the separation of church and state. He criticizes Joe Biden and Nancy Pelosi, Barack Obama and gay marriage, but was unable to criticize George Bush's wars and capital punishment views. As we all know, a good priest or nun is one that has the exact same views as K-Lo, and a bad priest or nun is anyone who disagrees with K-Lo. Fortunately K-Lo is also able to ignore anything she wishes to ignore; Dolan is for universal health care as long as he gets to decide what medical procedure can and cannot be done on women.

It makes this woman feel quite popular to have so many people fighting over her uterus.
Posted by Susan of Texas at 10:07 AM

Great post, susan. I've got to dash but I wanted to send you holiday good wishes. I'm not having as big a thanksgiving as I'd like. Hope you are having the one you want even in this absurd world.
aimai

Well, I'm glad K-Lo wants to be nothing more than a Catholic brood cow.

Of course, her problem is that she can't find any man who wants to do the breeding with her....

I am sure glad I didn't get out of the boat for that one. Just the excerpts you gave us were grade a awful bullshite writing. ugh.

"Conservatives like to say that conservative women are the real feminists, since they have managed to take advantage of both women's struggle for equal rights and the corporate and religious elite's attempt to destroy it. It is a testament to the depth of conservative hypocrisy that it loves to take advantage of the very same thing it is seeking to destroy. Schlafly should have been given speeches when women were arrested for speaking in public; that might change her mind about the necessity of equal rights by law."

This graf is just glorious!

Just as Fox news uses "Freedom of the Press" to spread toxic, America-destroying propagands, stupid women like KLo (and Schafley) use the rights feminists fought for to destroy women. Because, like idiot conservative/Tbaggers everywhere, they really believe They will be exempt from the horrors that might well descend upon us when our society is deliberately crashed by the MOTU who pay her/them.

Probably one reason you seldom see an intelligent conservative pundit. They're unable to easily handle the contradictions, blatant hypocrisy, bone deep stupidity of the conservative "philosophy". "Conservatism" is just another religion to keep the yokels in line.

What KWillow said. But also this:

Reading K Lo writing about principle--i.e., about anything--has become painful. It's like watching a mentally disabled person try to describe something accurately. Except the latter deserves sympathy and support for his or her sincerity.

The kind of blinkered, selective perceptions that someone like K Lo needs, every single day, to sustain her personal fantasies (let alone to do her job) don't deserve the same kind of sympathy or support. She is morally smug in her refusal to acknowledge the objective, real world. That's why she deserves all the mockery she endlessly receives.

Thanks aimai, and happy holidays to the aimai family as well.