How To Become A Rich And Successful Pundit 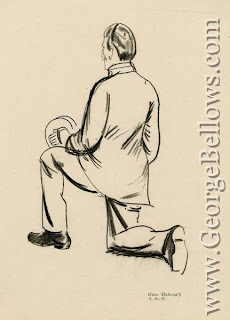 David Brooks sees a member of the elite and does what comes naturally.


The more authoritarian you are, the  more successful you will become. We are speaking of followers, not leaders, as leaders are born, not made. Authoritarian leaders will richly reward their servants who are so eager to obey that they do not even need to be given orders. Which brings us to David Brooks.

There are two questions concerning Mitt Romney’s service at the private equity firm Bain Capital. The narrower question is: Did Bain help ailing companies and add value to the economy or did it plunder dying firms? The larger question is: Does Romney’s success in business tell us anything about whether he would be a successful president?

Wave bye-bye to the first issue, the one filling the headlines, because you will not see it again. Questioning the ways of the elite will not do anyone any good here, and Brooks knows his duty. He will pull a McArdle and substitute his own, less politically dangerous, issue for discussion. It's a very clumsy bait and switch but talented hacks are rare, and usually British. Brooks worships power with his entire soul and that was all he needed to gain his present social and political prominence.

At first blush, business success would seem to be good preparation for political success. A C.E.O. learns to set priorities, manage organizations and hone analytic skills. But these traits are more transferable to being a mayor, which is more administrative, than to being president.

Moreover, for every Michael Bloomberg who successfully moves from business to politics, there is a Jon Corzine, Donald Rumsfeld, Donald Regan, Meg Whitman or Carly Fiorina — former executives who were either unsuccessful in political office or who couldn’t get elected in the first place. If you look back over history, you see that while business success can sensitize a politician to the realities other executives face, there’s little correlation between business success and political success.

It's like Bush never existed. He did far more damage than we realize; the right seems to emit a collective shudder whenever Rick Perry reminds them of his predecessor.


The traits that actually correlate with successful presidencies have deeper roots.

Of course they do. Calling someone a CEO president doesn't have the same connotations that it had in Bush's time so presidents must now be something else, something.....Mittens-y.

First, successful presidents tend to be emotionally secure. They have none of the social resentments and desperate needs that plagued men like Richard Nixon. Instead they were raised, often in an aristocratic family, with a sense that they were the natural leaders of the nation. They were infused, often at an elite prep school, with a sense of obligation and responsibility to perform public service.

Our elite are infused with noblessnoblesse oblige?  We are supposed to swallow this after our financial industry spent the last year demanded thanks for running the economy into the ground? Have we not heard the elite tell us endlessly that we must end the entitlement society? It's like Occupy Wall Street never happened, inequality never rose, social mobility never fell. The eternal sunshine of the empty mind illuminates everything Brooks writes.

Equally wacky is the notion that being bred for greatness installs emotional security. Just as often it installs callousness, selfishness and arrogance.


Whether it is a George Washington, a Franklin or Theodore Roosevelt or a John F. Kennedy, this sort of president enters the White House with ease and confidence, is relatively unscathed by the criticism of the crowd, is able to separate the mask he must wear for public display from the real honest self he knows himself to be.

This sense of emotional security can also be found in great military leaders, like Dwight Eisenhower, and in serenely successful movie stars, like Ronald Reagan.

If I were a One-Percenter I'd think this David Brooks fellow is a marvelous chap. His appreciation of the quality of the very rich, their inherent superiority, is superb. Give this man a column at the Times!


Second, great presidents tend to have superb political judgment. In his essay on this subject, Isaiah Berlin defines political judgment as “a capacity for integrating a vast amalgam of constantly changing, multicolored, evanescent perpetually overlapping data.”

A president with political judgment has a subtle feel for the texture of his circumstance. He has a feel for where opportunities lie, what will go together and what will never go together. This implicit knowledge is developed slowly in people like Harry Truman or Lyndon Johnson who have spent decades as political insiders and who have a rich repertoire of experiences to draw on.

But--but--they weren't raised in wealth, bred by prep schools to rule the universe. How could they be great?


It also comes from voracious social contact. It comes to leaders who have a compulsive desire to be around people and who can harvest from a million social encounters a sense of what people want and can deliver.

"Compulsive desire to be around people" doesn't always go with emotionally secure.

Third, great leaders have often experienced crushing personal setbacks. This experience, whether it’s Lincoln’s depression or F.D.R.’s polio, not only gives them a sense of sympathy for those who are suffering, but a personal contact with frailty. They are resilient when things go wrong. They know how dependent they are on others, how prone they are to overconfidence. They are both modest, because they have felt weakness, and aggressive, because they know how hard it is to change anything.

Okay, now our candidates should have experienced personal tragedy, which surely will prove that they have that "empathy" thing that liberals are always droning on about.

This sense of being an instrument gives them an organizing purpose. It gives them a longer perspective, so they don’t get distracted by ephemera. It means their administration marches in one direction, even though it is flexible and willing to accept incremental gains along the way.

In sum, great presidents are often aristocrats and experienced political insiders. They experience great setbacks. They feel the presence of God’s hand on their every move.

I haven't read anything this creepy since I read that Rick Santorum took his dead newborn home to show to his kids, like it was show-and-tell day at the morgue. The arrogance of his belief that God favors us above all others, the literal worshipfullnessworshipfulness of his attitude towards power, the authoritarian love of knowing one's place--David Brooks is an utterly devoted sycophant and authoritarian follower.


Unfortunately, we’re not allowed to talk about these things openly these days. We disdain elitism, political experience and explicit God-talk. Great failure is considered “baggage” in today’s campaign lingo.

Says the man with the column in the Times. But Brooks is overcome with disbelief that everyone does not worship the rich as he does. The rich have the political experience of the poorer politicians, who doggedly worked their way up the ladder of power, because Brooks says so. Their failures are great failures, that benefit the rich by increasing their wisdom. And they are personally backed by God. God! He's, like, the best endorsement any politician ever had!

Today’s candidates have to invent bogus story lines to explain their qualifications to be president — that they are innocent outsiders or business whizzes. In reality, Romney’s Bain success is largely irrelevant to the question of whether he could be a good president. The real question is whether he has picked up traits like emotional security, political judgment and an instrumental mind-set from his upbringing and the deeper experiences of life.

Look into his soul, not his bank account or public record. How can Brooks not be humiliated by his subservience, his naked power worship?

We’ll learn more about that as he confronts brutal attacks that now besiege him.

This is why there was never any doubt who would be the Republican nominee. Romney is One Of Them and the others are not. The Republicans did not run anyone who might have had a chance against him, which made the rat race for the nomination even more amusingly fake, and now the party has dropped all pretense and is ready to offer us a constant stream of Romney-worship and devout praise.
Posted by Susan of Texas at 3:24 PM

Romney is One Of Them and the others are not. The Republicans did not run anyone who might have had a chance against him, which made the rat race for the nomination even more amusingly fake, and now the party has dropped all pretense and is ready to offer us a constant stream of Romney-worship and devout praise.

All true. But you speeled Rmoney wrong.
~

All true. But you speeled Rmoney wrong

In a sense, Romney's the ideal candidate for this moment in history. In the last week, the guy has said "Only the independently wealthy should hold public office" and "We shouldn't debate issues of economic substance in public".

He's basically calling for the government of Victorian England: wealthy, idle gentlemen making decisions from the leather wing chairs at the club. There could not be a better representative for the 1% than he.

Oh and it should be obvious that Lincoln, oft-praised in Brooksie's article, was not a bred aristocrat from elite schools. Sheesh.

We are assured by Brooks — without evidence, of course — that "God-talk" is disdained. By whom? Our ruling class berates anyone who doesn't mention God enough.

How does Brooks transmit his columns through the looking glass? Is it a technology that only the rich have?

God-talk: What a stupefying, canting word. One would have to be a tone-deaf hack to think it impressive.

I'm shocked I haven't seen the Rmoney / Money(R) thing before.

Brooks must spend a fortune on toothpaste and mouth wash.

In reality, Romney’s Bain success is largely irrelevant to the question of whether he could be a good president. The real question is whether he has picked up traits like emotional security, political judgment and an instrumental mind-set from his upbringing and the deeper experiences of life.

Yes, the "real question" is not his documented behavior in a position of power, his public demonstration of trustworthiness or mendacity, his actual LIFE.

The real question is, does he like himself, and does he know how to boss people around, and is he able to manipulate the machinery of power to accomplish his own ends--who cares what they are?--like other historical figures. Like Stalin, say. He liked himself a ton.

Brooks: Don't judge Rmoney by his actions, rather, judge him by what effect you'd like to imagine his "actions" had on his psyche.

Yeah! Maybe doing evil things made him into a really GOOD person!

And how odd that D. Brooks is practically calling for an American "aristo" class to rule the nation--something that the United States was dead-set against from the moment of its birth.

Oh well...I guess it's because Mr. Brooks thinks HE will be part of the "aristo" class....or be allowed to lick the boots of same.....

jeebus. brooks kvetching to gail today about how asking for Rmoney's tax returns is very very bad and does not relate at all to the issues was just plain sick.

Self-Esteem is a wonderful trait when the possessor of it happens to be a slicked-back, gray at the temples, stiff white dude, but in the hands of an African-American, why then it's a sign of "uppity-ism" as Racist Limbaugh eloquently put it.

If that's a picture of Brooks, why is he only down on ONE knee?