I Have Always Been Grateful For The Kindness Of Strangers 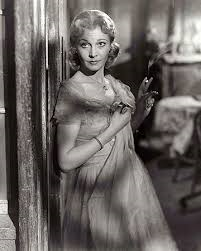 Would you like to come up and see my Thermomix?


Everybody else is lamenting how politics will ruin Thanksgiving but did the Pilgrims complain about politics when they sat down on that First Thanksgiving? Of course not! They didn't need newspaper editorials or pundits to tell them how to get along; they already knew how to wait until they had enough numbers and weapons to steal the Native Americans' land, break their treaties, kill their people, kidnap and convert their children, and permanently impoverish them.

Our ancestors didn't need pundits like me to deliver talking points, pep talks, or pop psychology. However,  I am contractually obligated to post something this week and I have absolutely no intention of working on Thanksgiving, the day after Thanksgiving, or the weekend. So here is some simple advice that I came up with in between ordering groceries online and ordering, er, asking my caro sposo to clean the front door and sweep the stoop:

Don't talk to your relatives at Thanksgiving. When I visit my father at Christmas, we don't say a word. Once he asked me to explain my husband's work to him but then he just snorted and said nothing.  Sometimes my father opens up and explains the nuances of utility infrastructure, but usually we discuss my latest vacation or fascinating interview and then lapse into an extremely comfortable silence.

When I visit my mother or sister, we have many fascinating conversations about my views on world events, but after we are all caught up on family gossip, we turn on the tv and don't speak until it's time for cocktails. Sometimes I can hear children at play, but fortunately they don't disturb me and I don't disturb them. Mutually-agreed upon social taboos are the glue that holds together family celebrations.

Unfortunately our country has become bitter about political opponents. This is ruining politics for me. I want to talk about Paul Ryan's plans to privatize Medicare and bitter little people want to talk about swastikas and hate crimes and conflicts of interest. When I bring up eradicating regulation, they bring up Muslim persecution. It's all so tiresome and it's taking all the fun out of politics.

So instead of indulging in bitter recriminations over who is ruining what country or threatening which minority, let's think happy thoughts instead. Instead of thinking about the (barely) undercurrent of spite, racism and sexism that overturning Trump brought into the light, let's think about all the good people in the world.

For instance, me. I'm a very good person and there is no reason AT ALL that I should suffer just because all of my ideas for drowning the government in the bathtub are going to come true, causing a tremendous amount of splashing and suffering. So climb down from that curtain, Kitty, and don't get any ideas about blaming me!

But if you won't give up your bitter hatred of white supremacists and granny-starvers for me, do it for yourself. Recognize all the good people in the world, and make a list of your reasons for giving thanks. I'll start.

First, I'm grateful for my political opponents, even thought they're wrong. And not nearly as smart and educated as I am. But they do their best, bless their hearts. Although they're wrong and I'm right.

But mostly I'm grateful for all the people who made it possible for me to fail upwards so spectacularly. As I said all along, Americans hate regulation and Obamacare. They want markets to be free and people to be unencumbered by nasty work safety laws and overtime pay. No matter what you have read recently, there is bad in everyone, not just Trump voters. We need to step back a moment so we can place their racism, sexism, and fascism in proportion to the good in their American souls.

Because everything I said about America was right!  The voters chose us and rejected liberals! We are right and liberals are wrong! Now everything will be so much better! America is an amazing country and Americans are remarkable! So listen up my little chickadees, as Aunty Jane tells you a little holiday tale.

On March 4, I announced to the world that I was going on book leave from the Atlantic. Many journalists leave their jobs to write books. Many. My book leave, by the way, had nothing to do with the little bother about my ties to the Koches and my lies denying my ties to the Koches. Absolutely nothing. I just decided to quit work and live on my savings. Money means nothing to me next to the Muse and its demands. I don't mind living on the cheap and doing without while those around me prosper. I am both one of the elite and anti-elitist, which I can do because I'm special.

And there was no pressure about my 29-year-old husband's internship at Reason. Interns at conservative sites are paid and have health care and anyway it was only a matter of time before excellence found its reward and my caro sposo was picked up by a Koch sinecure.

Now, it is true that I have said that Newsweek begged me to join them, throwing money at me like confetti. I meant every word. I also mean every word of my little tale of job interviews and desperation. That's how it's possible to say that I left The Atlantic because I was wooed by Newsweek. If you believe something, it is true for you, and if it's true for you, it's true for everyone in your world because they are in a world in which it's true.

Truth is such a funny thing; opposite things can be true based on stuff like perspective and confirmation bias and will to power. But back to my story.

It was a dark and gloomy pre-dawn. These were desperate days, less salad days and more cooked spinach days, when money was running low. I was staying at a tatty little motor court inn in Memphis, the conservative think tank capitol of Tennessee, and in a hurry for an early morning interview. I don't know why they scheduled me in the wee hours of the morning; perhaps they always schedule the most promising interviews first to save time. Anyway, as I backed out of the parking spot I heard the crunch of my bumper hitting another bumper.

I couldn't wait around so I left a note and a blank check* on the chap's windshield. I spent all day worrying that the car owner would write a large sum on the check and overdraw my bank account. When I returned to the motel, I could see the car was old and dented and the bumper had been stuck on with duct tape before I hit it anyway. Clearly, I had imagined the crunch of breaking plastic or metal, and it didn't matter that the bumper was knocked half-off because the owner had wrapped more duct tape around it to keep it from falling off altogether. Thank goodness the car didn't belong to someone with money!  Poor people don't care about money. A rich person would have tried to take me for every dime. It is our way.

I didn't try to contact the owner further. The car had Southern plates and a military uniform in the back; obviously the owner was someone on leave from fighting one of our many wars. He, like I, was staying at that crummy motel and that meant he, like I, was poor. It is true that my father is wealthy, my sister and I will inherit everything when he dies, I have a $400,000 brownstone in DC, I have an Ivy League degree, and I have a deep pipeline into infinite wingnut welfare, but at that moment I felt very poor so it was just the same.

But what did that wonderful American soldier do? Nothing! Here I was, offering him or her free car repairs out of the goodness of my heart, and he didn't take a dime! He must have thrown away the blank check I left and I got off Scott-free. Isn't America wonderful?!

And that is why I think this country will be able to overcome its partisan bitterness. As long as Americans keep showering people like me with money and opportunity, we will all get along just fine and I will be grateful for each and every one of you.

*"But I do know one thing: Offered an opportunity to have a stranger fix their car for free, when it looked as if they could really use that help, they crumpled up the blank check I’d written and tossed it in the nearest trashcan."

Thanks, Tengrain! I have done a couple of other posts like this one:

I try to channel both McArdle and Mrs. Elton in "Emma," which is why I keep using "caro sposo."

As always, she cannot help embellishing: If she wrote a blank check to cover the cost of the damage, clearly it was so she would not have to make an insurance claim. Why then was it necessary to report it and 'accept that inevitable rate increase'?

In all likelihood, she either wrote no damn blank check or she 'carefully' stuck it so it would be blown away at the first opportunity - leaving the owner of the other car cursing at her.

But she is sooooooo virtuous and thankful and everything dont'cha know?

If you have a minute, I'd like to introduce you to my blog "Emily's Virtual Rocket". This is a serious newsblog with a special emphasis on transgender issues. Almost every day, the newsblog is updated, so you can read the very latest. In addition, I have covered news critiquing Donald Trump.


I hope you find this interesting. Please enter the following:


Thank you! By the way, Happy Hanukkah, Merry Christmas, and Happy Kwanzaa!