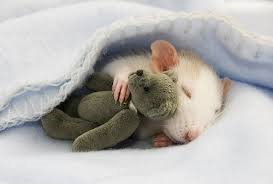 Bless me, Father Teddy, for I have sinned....


Ross Douthat is curled up in bed, sucking his thumb and casting his mind to his happy place. It's much better than the real one.

Once upon a time, Ross tells himself, Candidate Trump promised to think real hard about jobs, giving the common clay much pleasure and winning their votes. He was faking, as the Carrier non-deal shows, but the thought was nice. However, despite their benevolent thoughts,  the Trump Administration immediately began losing hugely. But fear not!-the Republicans' historic fuck-up makes them just like liberals.


As a result, right now his presidency is in danger of being very swiftly Carterized — ending up so unpopular, ineffectual and fractious that even with Congress controlled by its own party, it can’t get anything of substance done. The war with liberals and the media may keep his base loyal and his approval ratings from bottoming out. But it does nothing to drive any kind of agenda, or pressure Congress to enact one. And the more the Trump White House remains mired in its own melodramas, the more plausible it becomes that the Trump-era House and Senate set a record for risk avoidance and legislative inactivity.

Republicans spent the last eight years calling and fighting for, and achieving, avoidance and inactivity. They were spectacularly successful at being unsuccessful at governance.


Obviously, the absence of agenda-setting starts with the compulsively tweeting president. But the role of Bannon in these first few chaotic weeks also distills the White House’s problem.

One agenda was enacted, to world-wide fury and alarm. Theocratic Ross ignores Trump's Muslim ban because he believes in white Christian supremacy and because it's as embarrassing as hell.


The former Breitbart impresario has a clearer-than-your-average-Republican grasp of the political promise of Trumpism — the power of a right-leaning populism to speak to voters weary of cultural liberalism and libertarian economics.

Republicans are noticeably absent from the finger-pointing, as Ross both punches a few hippies and throws his libertarian buddies under the bus.


But instead of spearheading a domestic agenda oriented around these insights, instead of demanding (or making sure his boss demands) an infrastructure bill and a working-class tax cut from Congress the day before yesterday, Bannon has seemingly set out to consolidate power over national security policy — an arena where his ideas are undercooked and his lack of expertise is conspicuous.

Republicans have always wanted to starve the government into dysfunction, privatize the now-crippled agencies and services, and cut taxes for the rich. None of that has changed. The right is panicking because they thought they could avoid any repercussions for their actions and Trump destroyed their plausible deniability.


In effect, Bannon is trying to be both Dick Cheney and Karl Rove — the Darth Vader of counterterrorism and the architect of a domestic realignment, except with less experience, subtlety and political support than either.

This is not going to work. (In the end, it didn’t work out that well for Cheney and Rove, either.) Liberals can scare themselves about Bannon’s supposed plan for a slow-motion coup and Trumpistas can tell themselves that “disruption” is just what the ossified establishment needs. But a White House run this way will be politically impotent long before it reaches its first midterm.

Republicans are getting everything they wanted. More military, less foreign aid, entitlements cut and eliminated, minority rights eliminated or under fire, deportations and internal terror campaigns against those who are not white male Christians.


Is a different scenario possible?

No. You fought for it and won. This is your reward.


Of course, because the president still has free will. (We can talk about total depravity later, Calvinists.) He has, to his credit, assembled a reasonably competent cabinet.


He campaigned, again to his credit, on a reasonably popular policy agenda.


He faces no immediate foreign policy or economic crises, no threat that requires him to act sweepingly and instantly.


So there is no necessary reason he could not wake up tomorrow and decide to show a broad deference to Rex Tillerson and Jim Mattis on foreign policy, while letting Jeff Sessions and John Kelly between them hash out an immigration enforcement agenda.

So if Sock Puppet Trump on Ross's left hand can work with Sock Puppets Tillerson and Mattis on his right hand, surely dreams can come true and peace and plenty will shower the land.


There will be time to reshape the world order if his approval ratings ever edge back over 45 percent; for now, he could shelve plans for big-league disruptions and Nixon-to-China strokes of genius and simply take crises as they come.

Yes, Ross wants to let Trump reshape the world order, a phrase that has no negative connotations whatsoever.


Which in turn would free him — and, yes, Steve Bannon, too — to pick a few policy themes and hammer them.

Let's not forget Bannon's priorities; one must be generous to the help. Cleansing the US of non-whites and non-Christians isn't done in a day, you know. And we all know that there's no chance of Ross ever being cool until the women, minorities, and non-Christians are all put in their place.


And not the hardest policies, either: Let Paul Ryan and Mitch McConnell figure out how to get an Obamacare replacement through Congress and tell Tom Price to prop the system up if they can’t. From the White House, the message should be simple, boring, popular.

The popularity of repeal and don't replace must explain all of those noisy town halls calling for the careers of anti-ACA Congressmen. And it's nice to see that Ross feels comfortable being so cavalier with my family's healthcare. We wouldn't want the wealthy to worry their little heads about the other 90% of us.


Infrastructure. Tax cuts for workers and parents. A better tax code for business.

Liar. He want tax cuts for himself and a cut of any privatized business.


Not a war with the judiciary. Tax cuts.

This isn’t complicated. In fact, it’s kind of easy.


Which is good advice for anyone in crisis, new presidents included. If you can’t figure out how to handle the hardest stuff, try something simple for a while.

So endeth another insincere missive from Ross Douthat, another flight into fantasy-land, in which conservatives are cool and good at their jobs and liberals are invisible unless they are creating art, developing science, and cleaning up after conservative failures.

Sorting the Times comments by Readers Picks shows that Times readers agree with you.

Even Ross can't avoid noticing that the Trump mob are corrupt, inept fascists taking orders from Moscow forever. Should we start a pool on when? Dibs on December 7.

I have no idea. If they're going to do it, I hope they do it soon. Although Ross would probably love Pence.

You have some really interesting blog posts on here! Glad I found it! I’m following you…Check out my blog if you get a chance! For more information visit k2 for sale

Ross Douthat.
Another idiot that I had forgotten about during my break...Glad to see he still has the Religious beat/sinecure at the times, and by glad, I mean that he remains an easy to locate and prominent target for snark-harvesting.

And fine work in taking his latest for a walk around the woodshed..