No Time For Miracles

McArdle has many reasons why Obama can't impose a $10 tax on the price of a barrel of oil:

1. It harms the poor.
2. Voters will have to buy smaller cars and homes and that makes them unhappy.
3. If you try to pass cap-and-trade and carbon taxes the voters will guillotine you.

However, even McArdle must acknowledge the obvious sometimes.


As a policy matter, if you are going to enact such a tax, the time to do so is probably right now, when oil prices have plummeted. People have already worked to make their cars and homes more energy efficient, in order to cope with almost a decade of soaring prices. The longer oil prices stay low, the more people will tend to switch back to gas-guzzling trucks, longer road trips, and less energy-efficient homes. By enacting the tax now, you give people some incentive to stay more efficient at minimal economic cost.

But there is always a "but."


But as a political matter, this is still not a good time. After almost eight years of minimal economic growth, the fall in oil prices has brought some welcome relief to strained household budgets. Many U.S. oil companies are losing money, particularly the shale oil folks, making the workers and local economies that depend upon them anxious. Jacking up the price of gas and home heating oil is going to upset all those people, who will in turn do their best to upset any legislators who propose such a thing. Congressional Republicans are certainly not going to stick out their necks for an opposition-party president with whom relations have never been warmer than “testy.”

Yes, the recovery from Republican economic policy has been weak, thanks to inadequate spending among many other reasons.

A lot of things could ease the budgets of the poor but I would worry about more pressing issues than oil company revenues and gasoline prices that would still be lower than they were a couple of years ago.


The administration has made some gestures toward mitigating this opposition, notably by claiming that the tax will be paid by oil companies. But this is obvious nonsense. Oil companies currently have few profits from which to pay the tax. Whoever is responsible for filing the paperwork, the cost will be paid by consumers in higher fuel prices, and the administration surely knows this. 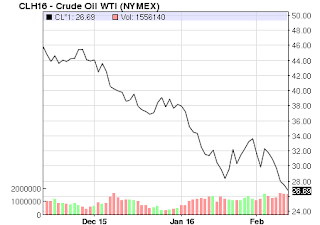 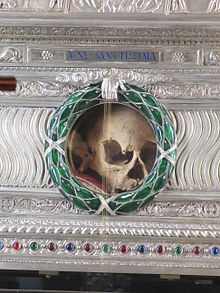 St. Megan does not mention why Obama wants the tax: to improve infrastructure and move to sustainable energy. McArdle has declared those to be impossible as well, of course.


That hardly matters, however, because this is a daydream proposal in a never-never budget. Its point is to make a moral argument and motivate the environmentalist portion of the Democratic base, which the party would very much like to see at the polls this November. Perhaps it will force the Democratic nominees to pay fealty to the proposal, as they wend their way through the grueling round of campaign stops, debates, and press appearances. What this tax will not do is pass.


But that’s the great thing about the last year of your presidency: Nothing’s going to pass anyway, so you can stop worrying about the grinding realities of retail politics. Now is the time to daydream, to swing for the fences … and perhaps, to irritate a few more of your coworkers on your way out the door.

She must have been a fun employee.
Posted by Susan of Texas at 2:17 PM