It's our favorite time of the year, in which Megan McArdle says something spectacularly dumb and has a public tantrum when everyone calls her an idiot. To better impress her dishonesty and stupidity on the public mind, she has two idiocies going at once: her There Are No Villains/Trump post and her Nobody Can Do Anything Ever/Climate Change post.

So far the latter post is creating more hubbub, probably because of this: 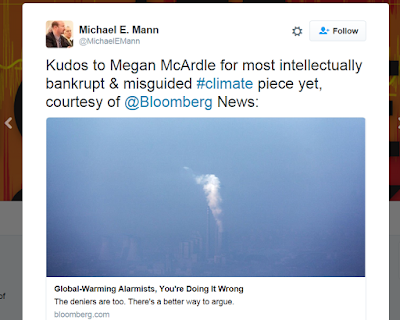 Evidently Michael Mann doesn't mess around. This isn't his first rodeo (which might make McArdle the rodeo clown). Heh, that was fast. He knows the first thing you do with the world's McArdles is to look at their associations and sources of income. Lo and behold, McArdle and her husband are both tied financially to climate deniers. Mann isn't done with McArdle, however: 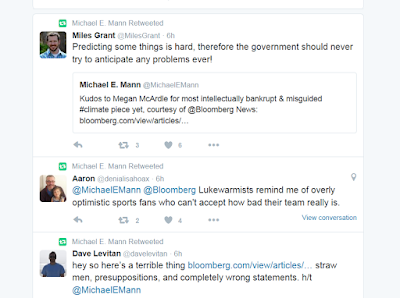 It's so life-affirming to see others pick up on McArdle's favorite themes and fallacies. 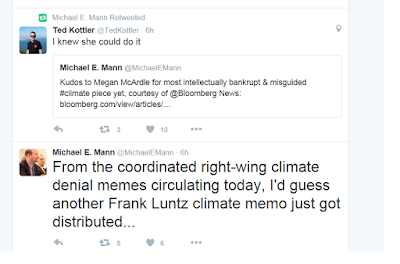 Mann obviously believes that if you do a job, you should do it well. McArdle does not but she does believe that the enemy of her friends is her enemy. 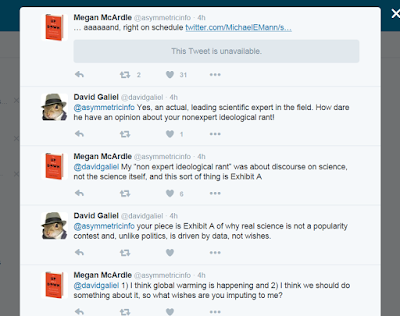 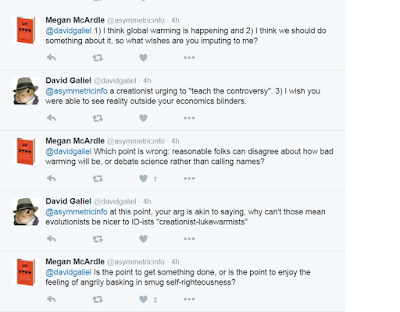 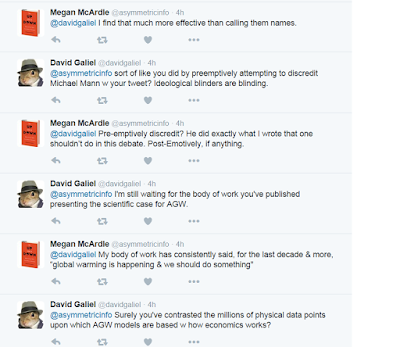 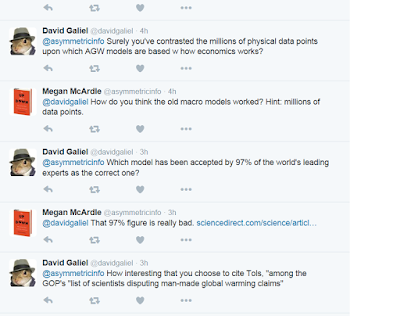 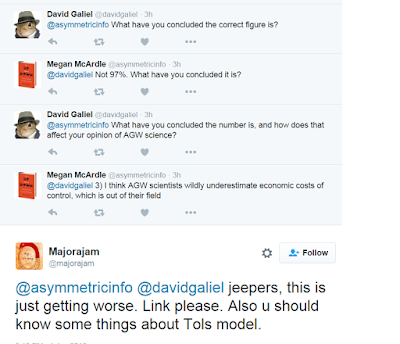 And that's just a sample of McArdle's feedback. She was also discussed on the Majority Report, as I noted in comments earlier.

Next up: the cluster of f*ck that is her Gawker analysis.

Poor ed. I'd love to debate you but my city is flooding for the fourth time in the past two months and I have to figure out how to get out of the house to run my errands.

Ole Ed links to an article that shows a bunch of graphs of sea levels rising 4mm per year and text that says sea levels are falling.

My Texas coast relatives haven't been talking so much about the floods, but only because they've had other problems. The way it's going, looks like Monsoon Season is going on your permanent calendar.

There is a lot of land here that will be uninsurable before very long.

McArdle said something (on Twitter?) about how her father's beachfront property is seeing the water level rise but! it's silting, not global warming. She's not going to be happy if she inherits land that can't be sold.

East Coast of the US - Esp Cape Cod & Louisiana, but also most places in between - has been sinking for various reasons.

As the waters rise, how much of each is the reason your property is ocean may not seem to be the most important question.