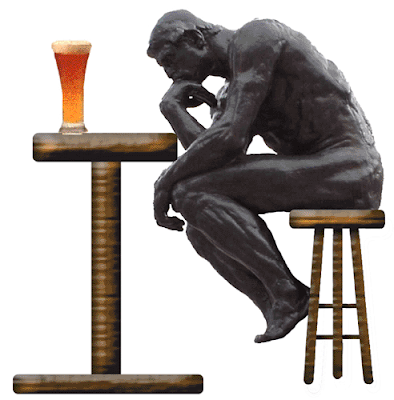 While we do not want to hurt Megan McArdle's feeling by depriving her of the attention she has earned by her honest toil, it seems that Matthew Yglesias has something to say and attention must be paid.

I don't think I hold any middle of the road views whatsoever: http://agonyin8fits.blogspot.com/2010/09/center-of-road.html
about 7 hours ago via TweetDeck
Retweeted by 1 person
.mattyglesias

@mattyglesias The problem is not that you are wrong but that you r reasonable. Because if you were wrong & crazy that would fine? #weep4USA
about 4 hours ago via web
.ModeledBehavior

@mattyglesias So he doesn't know why we need someone to say lots of reasonable things? I actually think we could use more of that.
about 4 hours ago via mobile web in reply to mattyglesias
.jaltcoh
John Althouse Cohen

@mattyglesias The problem is not that you are wrong but that you r reasonable. Because if you were wrong & crazy that would fine? #weep4USA
about 20 hours ago via web
.ModeledBehavior
Modeled Behavior

The impetus for all the giggling was my post about Yglesias's resemblance to David Brooks. As always, I emphasized the authoritarian nature of his thinking.

I'm not sure why we need someone around at all times to tell us what reasonable people think, or to find middle-of-the-road policies to solve conventionally accepted problems that achieve moderate solutions. But anything that keeps the Masters of the Universe occupied with busy work is probably a good thing.

Yglesias is of the Savvy Tribe (TM Julian Sanchez), which is able through sheer force of intellectual power to analyze every situation and discover that, mirabile dictu, the solution is to be found in the middle ground between two polar opposites. Since politics consists of the struggle between right and left and one must ignore the most extreme from both parties, naturally the solution to any problem is to meet in the middle.

No, the huge gap is in between what the very wealthiest Americans own and earn and what nearly everyone else owns and earns. Both the Obama leadership and the Republican leadership will do what they are told to do--pretend that we need to balance the budget so the rich have an excuse to eliminate those arrogant "entitlements." Discussing spending cuts without discussing income inequality, the rich's ridiculously low taxes, and the necessity for tax increases is middle-of-the-roadism at its most typical.


In Knowledge and Privilege, Yglesias reads Jamelle Bouie and is taken by his insight, which seems to be the Yglesias's heh-indeed. Bouie:

To me, it’s no surprise that the highest scorers — after controlling for everything —were religious minorities: atheists, agnostics, Jews and Mormons. As a matter of simple survival, minorities tend to know more about the dominant group than vice versa. To use a familiar example, blacks — and especially those with middle-class lives — tend to know a lot about whites, by virtue of the fact that they couldn’t succeed otherwise; the professional world is dominated by middle-class whites, and to move upward, African Americans must understand their mores and norms. By contrast, whites don’t need to know much about African Americans, and so they don’t.

Likewise, religious minorities — while not under much threat of persecution — are well-served by a working knowledge of religion, for similar reasons; the United States is culturally Christian, and for religious minorities, getting along means understanding those reference points. That those religious minorities can also answer questions about other religious traditions is a sign of broader religious education that isn’t necessary when you’re in the majority. Put another way, there’s a strong chance that religious privilege explains the difference in knowledge between Christians and everyone else.

Why does it not occur to these gentlemen of intellect that people become atheists because they read a lot about religion, and come to realize that their own religion is no different from every other religion? They seem to think that atheist follow their own pattern of indoctrination in a set of beliefs from birth, that atheism is a "religious minority" with its own culture, instead of a choice that people make. Some people raised atheist choose to believe in a Christian god, as do some people raised in some other religion. For others it's not a choice, because the would never choose to leave the groups to which they were born, whether they believe or not. But authoritarians have a difficult time imagining that people can assess, understand and choose to reject what their parents and tribe has deemed true and right. Because of this tendency, Yglesias doesn't notice that you cannot logically say that atheists, who grew up in Christian culture, which is remarkably ignorant of its own history, had to learn Christian history to fit in. They grew up in it, often were Christian themselves, and being the sort to ask why and how (something Yglesias is also unfamiliar with), learned that most of what they thought was true was not, and in time their beliefs lost their hold on them.

Finally, let's look at an Yglesias post on education. It seems that the problem with education is that it is failing poor students. The middle and upper classes seem to do just fine, and therefore their teachers must be fine as well, one assumes.

Among other things, I think this tends to undermine the oft-voiced scale-based critique of different reform initiatives. I’ve watched with frustration as charter school skeptics complain that these measures will never serve everyone while socioeconomic integration skeptics complain that those measures will never serve everyone. Even worse, everyone then turns around and talks about how there’s no “silver bullet” to solve everything. And indeed there isn’t. But what we’ve got is a bit of a niche problem and we also have a lot of promising looking niche solutions. Which is more or less what the situation calls for

No. The problem is that the elite are trying to get rid of their property taxes and get into the lucrative business of for-profit "public" schools. If people were serious about reforming education they would find ways to help poor parents, so the parents could be able to care for their children properly. It's a mug's game to discuss "niche problems" when a full-scale assault on the idea of public education is being conducted.

Yes, Yglesias is reasonable and wants reasonable solutions. He can't seem to find any, but that's not exactly a requirement for the Savvy Tribe anyway.

We are not here to be reasonable. We are here to fight for what is right.
Posted by Susan of Texas at 6:16 PM

Big Media Matt is the McDonalds of punditry. What, you want depth, too?

For the religion stuff, you might throw Levenson a link. His Einstein post covers it in his usual style.

Thanks for the idea, Downpuppy. I added the link in the text.

Here's what I think. The problem with Matt is that he really thinks and writes as though we are having an argument about ideas. Ideas about spending, or ideas about society, or ideas about religion. We aren't. Some of us are having an actual political argument about power to do things--and the ideas are merely in service to those ideas. Take school reform. As Susan points out this isn't a "niche problem" where some kids get good schools and some get bad and the trick is to figure out how to supply the kids with bad schools good schools. We are having a massive *fight* about whether the public is responsible for public education--and we always have been having this fight. Someone over at Pandagon linked to this amazing case: the "Bath school bombing" from 1927 in Michigan.

Basically, an angry property holder who was going under financially because of his wife's illness and other financial issues joins the school board and blows up the school because he doesn't think he should have to pay higher taxes to build a better school.

This is not someone who is having an "argument about spending" they are revolting against the common good by literally killing their fellow citizens (including his own wife and some thirty children).

What bugs me about Matt is the implication that if only those old fools would listen to the reasonable guy they'd all sit down and solve this world's problems. Its not really any different than McCain's "bang their heads" together or "cut the shit" philosophy except that it lacks that swagger of machismo. Its the same failure to grasp that different factions have different interests and the solution is going to be conquest or capitulation, not agreement and mutally acceptable solutions.

Yes, we are not having good-faith discussions about the best thing to do because many people ignore the greater power struggle going, which we are losing and which has shoved the middle of the road way over to the right.

I'm only posting this because it's something fun and elitist to know: no less an expert than Harlan Ellison once informed me personally that the proper term is "mugg" (as in "a mugg's game")rather than "mug". Ellison declined to explicate, directing me to track down the etymology of "mugg" all on my own. I'm still looking, but in the meantime I'm trusting he knows of what he speaks. Anyway. Fun to know.

Yeah, what aimai said. I don't read the guy regularly, but I actually linked a couple of Yglesias pieces in my long plutocracy post. He's not dumb, and can be insightful, but he can also be awfully blinkered. He noted the incoherence of the conservative position on the deficit/debt, and he supported raising taxes on the rich. (He's also written a few good anti-torture posts.) But I've read a few pretty appalling statements from him, too.

Substantive critiques that presume good faith by selfish/reckless/evil people can be very effective, and in the "respectable" media they play better. However, that's a strategic or tactical choice, and we need to be frankly honest somewhere. The important thing is to call bullshit, whether politely or not – and being "polite" and being honest can quickly conflict. It's ridiculous that anyone paid to cover politics could seriously believe that movement conservatives, and the plutocrats in both parties, haven’t noticed how they've screwed over 80% or more of the country over the past 30 years, and that they just need it pointed out to them (which apparently has never happened in all that time). Yeah, the rank and file are angry and clueless, but their leaders know the score. And while there are some people who are genuinely cloistered but reachable, the neo-feudalists driving all this crap truly don't give a damn. Meanwhile, most of the chattering class sees everything through a class lens, and Reaganomics on steroids will continue to benefit them, not hurt them.

The way I define them, I don't see "reasonable" and "fighting for what is right" as mutually exclusive, but you're using "reasonable" as "doe-eyed innocence facing lying assholes who have openly vowed to inflict your utter destruction." Calling bullshit is always needed, but especially when dealing with such bullies. Once again, narratives and anthropology can capture the dysfunction of the Beltway set (and the Beltway wannabes) better than traditional political analysis. (Eehh, long comment, g'night.)

Matty is toooooooooo a liberal and you're just unreasonable to ask why we elevate him instead of, say, an actual lefty. His detailed and highly nuanced inspections of whatever the Overton window allows him to see make a huge difference, and it's just a coincidence/sign of how reasonable he is that his conclusions always fall in line with what's deemed acceptable.
Dirty hippies might get the important issues right, but they don't have successful careers, so what do they really know? You have to go along to get along, after all.