It Was Nice While It Lasted

It is utterly foolish to join in any discussion of how to reform Social Security and Medicare. When you argue on the opposite side's terms you have already lost. The United Corporations of America want to end Social Security and Medicare/Medicaid, not make it affordable or successful or fair. They want it gone. Period. And they will win because nobody is strong enough to fight them. Kiss your future good-bye, America. You traded it away for the right to feel Exceptional. We hope the bargain was worth it.

Our nation elected a Black liberal, a community organizer, an intelligent and sensitive man, who promptly did everything Corporate told him to do. There are two ways of looking at this: If someone like Obama can be captured by Corporate interests, anyone can and will be assimilated as well. Or, Obama never would have been able to get the support necessary to pay for the office of the President without already being assimilated. We choose Door Number 2 because Obama quickly and efficiently jettisoned anything and anyone who might interfere with his political rise. He said one thing--progressive things--and did another--Corporate things. That is not a moral failure, a failure of courage or empathy. It is simply doing the job he was hired to do.

Now our bright and shining Exceptional nation has elected a scrotum of greedy, stupid tea baggers (TM TBogg) to rule over them, to go along with the idiotic, bought-and-paid-for Congressmen we already have. They will do absolutely nothing to stop the destruction of the middle class or the further degradation of the poor. They will grab what they can get and put up a fence around their property. Not that they will need it. The citizens of the United Corporation of America have been very well trained to worship the wealthy and persecute the weak. They'll love the new world order. Until it's their turn to be eaten by the strong.

Let's take a closer look at this wonderful bargain that we've entered into. Corporate America tells us that if we want to protect ourselves and take care of the less fortunate we'll have to vote for their candidates. We do what we're told, because Sarah Palin/Supreme Court/Social Security!!111!!!!. Then our new Progressive leader calls forth a commission to cut Social Security and nominates a Corporate lackey to the Supreme Court. The only thing Obama hasn't done is choose Sarah Palin for his running mate in 2012, and we wouldn't bet against it, the way things are going. And what is our response? Elect better Democrats! Because the new Democrats will be so powerful and independent that they'll shove aside those Corporate interests, take on the Christianist military, give a rousing speech that will win over everyone else in Congress and send their enemies running for their lives! Hallelujah! We are saved!

Money controls politics and Corporations have too much money to lose this battle. Jonah Goldberg has said that he was paid a million dollar advance for his next book. He has since excreted a different book called Proud To Be Right: Voices Of The Next Conservative Generation, which is filled with tales of shallow patriotism, maudlin self-pity, and pre-pubescent political contrarism. Goldberg's introduction gives us a sample of this mindset:

I've visited scores of college campuses over the years and one of the things that you notice is that the best conservatives are, on average, simply sharper than the best liberals. Obviously, there are any number of exceptions to this. There are plenty of mule-headed Right-wingers and any number of insightful and interesting young liberals. but at the far right tail of the bell curve, the conservative kids are just a bit, well, better--better at explaining and articulating their ideas, better at weighing their feelings against the facts, better at sticking to their principles despite pressure from both their peers and their professors.

The best learning is Socratic. It comes from having your core views questioned and challenged. Even the sharpest liberal students get much of their college and high school education passively--because they already agree with what the professor has to say. Their prejudices are confirmed, not challenged. Not so with conservative students. They are reminded every day that they are slightly out of tune with the majority. They see things with their heads cocked slightly to the side.

The same trend applies in nearly all intellectual vocations. In higher education education, the media, government, and that vast but ill-defined vocation sometimes called the "helping professions," conservatives have to swim upstream. This makes things harder for them, but it also builds muscle.

We have made a terrible mess of our country because we refuse to admit that we would rather live in a fantasy world of moral and intellectual superiority than admit most of us were stupid and greedy. And now the time has come for us all to pay for our mistakes. 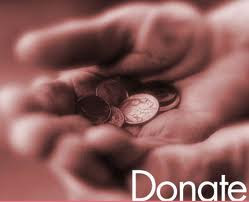 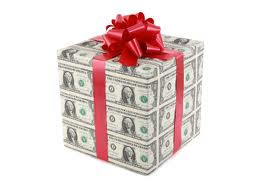 And that is why you will lose Social Security and Medicare.
Posted by Susan of Texas at 8:30 AM

As Pearl Buck said : When the rich are too rich, & the poor too poor, there are things that can be done.

As I recall, this was part of a scene in China that made the French Revolution look gentle.

We managed to avoid that in the 1930s. Who knows - this time might not get bloody either.

We avoided it with Social Security and government jobs. Now what do we do?

I don't think Americans will riot, they'll turn on their neighbors first--unless the economy truly collapses.

Arguing with my brother about "fixing" Social Security, I shouted

"Social Security has over Two Trillion dollars in its funds, and WALL STREET wants it ALL!"

To my surprise he was completely silent, and actually seemed to be thinking it over.

As for me, I was relieved that we didn't engage in yet another shouting match.

So conervaives are smarter then libs?

Hmmm..how odd. I never talked to a conservative who didn't unquestioningly parrot, practically by rote, everything Fox News ever said.

Of course, we have to consider the source here--the twit who put together that piece of faux-scholarship known as "Liberal Fascism."

I guess when you're as dumb and dishonest as Jonah, the ability to repeat the Fox line-of-the-day counts as being "intellectual."

"When you argue on the opposite side's terms you have already lost."

If only this could be pasted up over the internet.