Fresh off her in-depth investigation of Anthony Weiner's penis and the outing of her swinger friends, Megan McArdle takes a little time to remind us of the important things in life, such as making sure that no matter what the circumstances, the banks always get their vig.

Before our post begins, let us remember that in Megan McArdle's Randian Mind Filter, definitions often take a very strange turn. For instance, when we see the word "corporation," this is what our mind pictures: 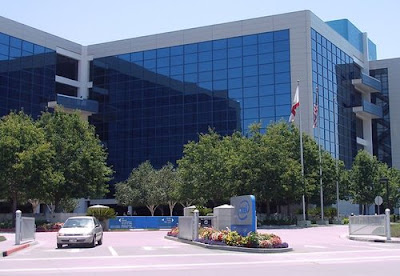 But when McArdle thinks of the word "corporation," a far happier image comes to mind. 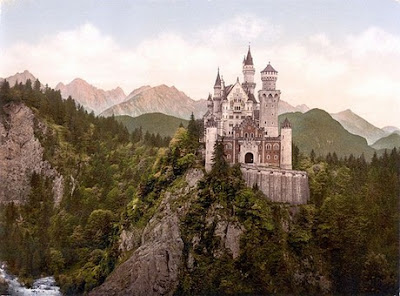 When we think of people, this is what comes to mind: 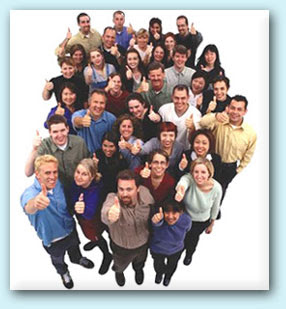 When McArdle thinks of the common man, this image pops into her mind: 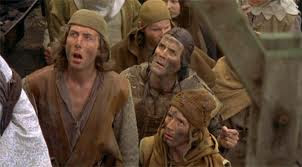 So naturally corporations do not have to follow contracts, but people do. McArdle has written no fewer than six posts on the utter importance of ensuring businesses get every dime they want and the shrieking immorality of breaking a contract with a corporation.

Yes, Megan McArdle puts the worth of people below the worth corporations. We hope to heaven that she is never forced, Sophie-style, to choose between her dearly beloved husband and the success of the financial industry, because we know exactly what she would pick.

Where's the immorality lecture for Tishmann Speyer that you've been handing out to far less sophisticated real estate buyers?

Don't they have a moral obligation to pay their mortgage? Haven't you been pounding on that theme for months?

How can society continue if people aren't shamed into paying their legal obligations? Won't their reprehensible behavior raise borrowing costs for everyone else?

Is it better to just walk away from a mortgage if the property you have is underwater and you can't afford the note any longer?

Why do you let off huge, connected borrowers ... but save your disdain and column inches of shame for mom and pop real estate buyers?


Megan McArdle 1 year ago in reply to ConcernTroll

The JV is out of money. I am not an advocate of parents paying the mortgages for their children. Creditors knew when they lent the money that hte entities were legally separate.


ConcernTroll 1 year ago in reply to Megan McArdle

You have a serious blind spot when it comes to intellectual and moral consistency.

It is either immoral to walk away from a mortgage when you are Joe Blow Homeowner ... or Tishman Speyer ... or it is not immoral.

For the big fat-cat real estate developers, it's all in a days work walking away from the largest mortgage in history. You offer no criticism of their morality.

Yet, you'll spend hours and hours lecturing people on how Marge Homeowner should continue to pay her mortgage even though she's so underwater her investment will take decades to pay off.

Why should homeowners slit their throats for bankers?

Why should we send the mortgage check in this month?

Megan McArdle 1 year ago in reply to MattJ

Indeed. As I've said elsewhere, the important distinction is the implicit assumption. Homeowners were getting loans because banks assumed that they would do their best to pay it back--that the were buying a home, not taking out a put option on it. None of the lenders thought that Tishman and Black Rock would pay up if the deal went bust, and there have been commercial real estate bubbles before, so there was less assumption that it couldnt' go bust.


Syz 1 year ago in reply to Megan McArdle

Banks do not make business decisions based upon people "doing their best." They make them based upon how people actually behave. The reason they were not concerned about homeowners walking away from their homes is because they assumed that home values would rise indefinitely, ie. they vastly underestimated the risk of default. Moreover, since both sides knew the homeowner had an "escape clause" when they wrote the mortgage, it was implicitly priced in.

As long as home prices were rising and banks were making a mint, nobody was insisting that banks refinance every homeowner to share the spoils. Now that their houses are underwater, homeowners have no responsibility - ZERO - to maintain an unprofitable deal. Homeowners have the same right to treat their home as an investment as Tischman does. And if it is more profitable to walk away, then they should.

Yet people are absolutely obligated to repay loans. Unlike banks.

As someone who graduated from business school with nearly $100,000 in student loans, and whose first permanent full-time position paid $40,000 a year in New York City, I feel entitled to say that for anyone with a professional degree, defaulting on your loans is a choice, not something that just happens to you.

Freaking moochers, trying to get out from under crushing student loans. Why don't they just do what McArdle did, live with Daddy until he and her prep school pals could help her get a good job, the kind where you can afford student loans and houses and cars and younger husbands and lots of kitchen gadgets?

Maybe you think there is no moral obligation to keep your promises. Try it in the context of your personal life: it's okay for my boss to stiff me out of that raise they promised, because I can always quit. It's okay for my wife to cheat on me, because I can always get a divorce. It's okay for my roommate to neglect to pay her half of the rent on the first of the month, as long as she's willing to move out. It's perfectly fine for my son to default on that car I cosigned, because the lender has the option to sue me for the balance . . . hey, wait a minute!

Suddenly it turns out that you think promises create a moral obligation--as long as those promises are made to you.

Yeah! Where would we all be if corporations decided that they didn't have to be moral?

Thank you, Free Market Fairy! We owe you so much! 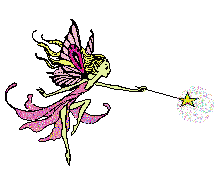 Oh, jeebus. She found some useless study about a Countrywide settlement & is using it to mislead her minions about HAMP.

Sloppy, but par for Megan.

Wait until ArgleBargle walks out on her house mortgage, and uses a few thousand words to rationalize her action.

Corporations aren't obligated to pay back loans because everyone knew going into it that they were just in it for the money.

That's the most hilariously absurd yet somehow oh-so-Megan line I've ever heard.

Wait, I guess the "yet" is superfluous there. Utterly random Dadaesque absurdity should have some unpredictable quality though, and things like this, while completely insane, are still things you can almost guess in advance that she'd say.

Now here's an event that Megan would love:

McArdle will never be rich enough; thanks to her own work and the actions of many others, true elite status has soared out of her grasp.

And no matter how low McArdle goes, you can count on her commenters to go even lower.

Megan said: I feel entitled to say that for anyone with a professional degree, defaulting on your loans is a choice, not something that just happens to you.

She should have just stopped at "I feel entitled."

I will never understand her position on this issue. A mortgage is a loan made with the house as collateral. It is an agreement that says, "I will make the following payments. If I don't, then you get the house."

Somebody walking away from a mortgage has complied with the terms of the loan. This point is so obvious to me that I simply don't understand how she misses it, unless she's missing it on purpose.

"It is difficult to get [McMegan] to understand something, when [her] salary depends upon not understanding it!" - Upton Sinclair

Lurking Canadian: Ofcourse she deliberately misses it. She has to twist herself into all sorts of moral pretzels because she *has* to be a scold.

In McMeganSpeak, you should ruin yourself and pay the bank back - just because they assumed you would.