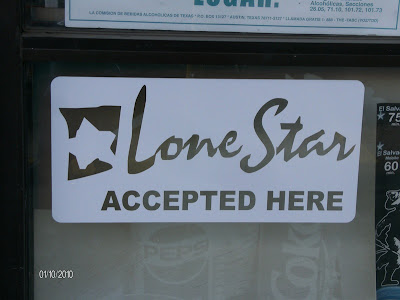 Push has come to shove, and Megan McArdle is forced to tell the facts of life to her devoted followers. After a habitual swipe at a more famous blogger, McArdle gently attempts to deflate the expectations of the tea partiers hoping for another manly leader from Texas to take care of them.

The political-economy debate-du-jour is whether Texas under Rick Perry is a job-creating powerhouse, or a dystopian charnel house where low-skilled workers go to be chewed into spiritual mulch on an endless low-wage conveyor belt that only ever leads to another McJob.

It's not that she has a Manichean world view; she just likes to undermine her ideological enemies.

A post at the Political Math Blog does probably the best job of sorting out the competing claims. You really need to read the whole thing, but to pull out some of the more notable findings: Texas has created a lot of jobs, and its unemployment rate has risen largely because those jobs are attracting lots of people to move into the state. The jobs aren't particularly low-wage, and they aren't all in the energy sector. Democrats trying to push the line that the Texas economy isn't that great aren't going to get very far. It's pretty great (relative to the suckage in the rest of the country). That's why people are moving there.

Krugman and Democrats say that the Texas economy isn't great for some people. (From The Big Picture)

The question remains, however: can we really credit Perry? I'm skeptical, for a few reasons....

McArdle then distills what all the other bloggers are saying about the Texas economy; oil, mortgage regulation (which McArdle sniffs at and dismisses), and the relative lack of power allotted to Texas's governor.

I think that the Texan policies conservatives tout are probably contributing to growth, and not just in the form of beggar-thy-neighbor competition. Anyone who thinks that that's all there is to state-level tax policy needs to acquaint themselves with the concept of deadweight loss. Nor am I impressed with the much cited evidence that an unusually high percentage of Texans are uninsured: Hispanics and young workers are much more likely than other groups to lack insurance, and even most legal immigrants cannot qualify for Medicaid within five years of their arrival in this country, while with limited exceptions, illegal immigrants generally can't qualify at all (Obamacare doesn't much change this).

The airy dismissal of the fact that 22% of Texas's children have no health insurance is extremely distasteful, but one must give McArdle credit for repeating facts instead of nothing but invective. Pour encourager les autres, as McArdle always says.

Texas isn't really to my taste, but from the evidence of all the people voting with their feet, it seems to be a pretty good place to live.

Ah, not so fast. It's a place to get a job. If you are poor, it's not a good place to live. As Krugman pointed out in his article.

But though I think the state has a pretty good policy environment, that's the beginning of the story, not the end of it. There are a lot of reasons for Texan growth, and very few of them can be laid at the feet of the governor. For which we should really thank God. If states really could be boosted into the stratosphere, or driven into the ground, merely by changing the occupant of the governor's office, we'd have to live with the constant risk that our fellow voters would elect an idiot, and destroy our lives. Thankfully, the government isn't quite that powerful.

Yeah, god forbid we'd elect some moron--maybe even a "Texas" moron--who would destroy our lives.

Only 22% of the children? That's not bad! After all, the overall rate is around 26%, so (as your link notes), the adults are doing even worse.

Otherwise, Perry could blame Shrub, who insisted that CHiPS only cover children to 150% of the poverty level, instead of the national standard of 200%.

(Strangely, for all the hay being made by Perry, Fisher, and others about how great the "(non)regulatory environment" is, none of them has disputed that the primary reason the current housing crisis didn't hit TX so hard is the regulations put in place after the last one.

Nor do they note--see especially Fisher's Nonfarm Jobs in Recovery graphic--that the plurality of those jobs (and the majority if you exclude oil and fellating Jamie Dimon)--are government jobs.

Indeed, I suspect most of them are from the Republican-hated education funding portion of ARRA (PDF).

So, if I'm reading this blog correctly, Rick Perry didn't create your current job--the Feds did.

"Anyone who thinks that that's all there is to state-level tax policy needs to acquaint themselves with the concept of deadweight loss."

I wonder what people with legitimate graduate coursework in economics think of her word salad concoctions. It must sound weird to them, like a music critic trying to describe thrash metal by noting the heavy emphasis on flamenco guitars, conga drums, and 3/4 time signatures.

BLS figures out today. Texas is up to 8.4% unemployment - its highest of the century.

Waingro - Every time she uses an economics term, the University of Chicago's Econ Department rends a garment and says, "What hath the B-School Wrought?"

Or at least they would, if they had a functioning brain cell left there.

I wonder what people with legitimate graduate coursework in economics think of her word salad concoctions.

Hey, I have that thing! Enough so that I am actually qualified to teach the subject to college kids.

And my take is, Megan is an idiot, trying to pose as an intellectual in front of other idiots.

As I've observed in this space before, if Megan were actually to perform a public service, she would explain "deadweight loss" instead of using it as a tongue to stick out at the rest of us.

But then, what drives her is not a desire to share and inform, but, like a high school mean girl, to posture. She announces and defends her opinions, and thinks her job is done. Readers show up for what they think is a classroom, and discover that it's a school cafeteria table where the Populars and their courtiers hold court.