Sweet joy in the morning, Kathryn Jean Lopez has her very own little blog! 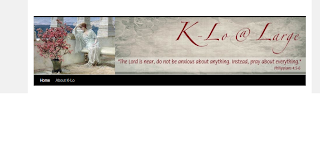 Title aside, K-Lo is a busy little bee. There are fetuses to save and priest to praise, and K-Lo gets right to work. K-Lo qutoes Timothy Dolan on the even of his promotion to cardianl.

“As grateful as I am for being a Cardinal, I really want to be a saint,”Cardinal Dolan said to the media after the Feb. 18 ceremony. “I mean that, and I’ve got a long way to go but it is all about holiness, it is all about friendship with Jesus and it is all about being a saint. And that’s what I want to be.”

Cardinal Dolan said he was particularly moved by the announcement of two new American saints at the conclusion of the consistory.

In total, Pope Benedict announced seven new saints who will be canonized on Oct. 21. The group includes Blesseds Marianne Cope and Kateri Tekakwitha, who will become the first Native American to be declared a saint.

Cardinal Dolan said he recognized this week that his elevation means having to resist the unholy lure of power and prestige.

“I said, ‘Dolan you got temptations.’ I’ve always had them, but now I’ve got one that could go to my head – literally,” he said, pointing to his new red biretta hat. He told himself,” ‘you can’t (let that happen) because it is all about humility and it is all about service and love and staying close to God and his people. That’s what it’s about it’s not about power and prestige.’”

As an auxiliary Roman Catholic bishop, Dolan was criticized for his handling of Roman Catholic priests accused of sexual misconduct, accused of being on a "witch hunt" to dismiss abusive priests.[6] He spoke with parishes, victims, and the media about the scandals, and invited victims of clerical abuse to come forward.[6] Commenting on his meetings with them, Dolan said, "...[i]t is impossible to exaggerate the gravity of the situation, and the suffering that victims feel, because I've spent the last four months being with them, crying with them, having them express their anger to me."[51] In 2011, Dolan thanked Bill Donohue for a press release, reproduced on the Archdiocese of New York website, in which Donahue referred to the non-profit support group Survivors Network of those Abused by Priests a "phony victims' group".[52]

The little whiners.
Posted by Susan of Texas at 10:16 AM

Dolan is just another hack -
http://blog.archny.org/images/2012/02/Letter-from-Cardinal-designate-Dolan.pdf

who seems to be more Republican than Catholic.

Of course, while he was in Milwaukee, Dolan spent a fair amount of effort concealing sex abuser-priests and keeping them in their positions, and when necessary, moving them to other parishes when they couldn't be protected any longer.

Whenever the dress-wearing pedophile-protectors start moralistically scolding about birth control and sexuality, I always wonder how often priests or nuns have had to take advantage of abortion services.

They've shown themselves to be such egregiously hypocritical asswipes, I find it difficult to believe that it isn't happening frequently.

Now that he's got his red beanie, can journalists get him on record with a thumbs up or thumbs down whenever Donohue speaks?

It's long been suspected that Donohue's "one guy with a computer" operation has how the hierarchy launders its opinions into the public domain. Time to put that to the test.

You should have warned me about that link. I've been gagging uncontrollably since!

Oh god she has comments enabled

over/under on how long it will take her to post something stupid which will result in her disabling comments: 17 days

K-Lo's got to find some way to bag a husband. National Review sure hasn't improved her matrimonial prospects.


I now believe in miracles.

Maybe K-Lo will find love in her comments section like Ann Althouse.

I think that would benefit us all.

I thought Althouse found a wet puppy, which she dubbed "husband", and 12-15 flame wars in her comments section. Shows you what I know.

Perhaps wet puppies and husbands are rather one in the same in Conservative comments sections?

Nice Post, you have choosed a nice way for sharing your experiences.
Accountants in London