Oh, my. The Republicans are falling all over each other to prove that their entire self-image is based on living vicariously through their leaders. From The Corner's Kevin Williamson, via what will soon be everyone on the internet:

Elections are not about public policy. They aren’t even about the economy. Elections are tribal, and tribes are — Occupy types, cover your delicate ears — ruthlessly hierarchical. Somebody has to be the top dog.

Authoritarians are very happy to think about how rich their leaders are, how much power they have over their women conquests, the size of their property, their bank account, their car collections, their physical attributes. They think that worshipping another man makes them more manly, that watching another man consume makes them richer, that hearing about another man's exercise habits make them more virtuous. Let's take a little look at Mr. Williamson. 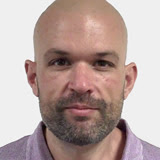 This is not the face of a man who will ever be top dog. This is the face of a man who depended on the wide and welcoming arm of the Kochtopus to make a living. A man who first worked for a conservative paper that folded, then conducted college seminars on journalism for the Koches' Institute for Humane Studies, the same illustrious organization that incubated Megan McArdle, transforming her from failed Wall Street consultant to elite journalist. Finally Williamson came to rest at National Review, capping a career as conservative propaganda-fed veal, gavage courtesy of those super-rich, super-endowed, super-superior Ubermenschen that he is now so eager to praise.


Reassuring arch-patriarch — maybe one with enough sons and grandsons to form a pillaging band of marauders? Hillary Rodham Clinton told us that it takes a village, and Mitt Romney showed us how to populate a village with thriving offspring. Newsweek, which as of this writing is still in business, recently ran a cover photo of Romney with the headline: “The Wimp Factor: Is He Just Too Insecure to Be President?” Look at his fat stacks. Look at that mess of sons and grandchildren. Look at a picture of Ann Romney on her wedding day and that cocky smirk on his face. What exactly has Mitt Romney got to be insecure about? That he’s not as prodigious a patriarch as Ramses II or as rich as >Lakshmi Mittal? I bet he sleeps at night and never worries about that. He has done everything right in life, and he should own it. And by own it, I mean put it on the black card and stow it in the G6 — or at least in first class, for Pete’s sake.

Yes, Mr. Williamson is telling Romney to throw his money and power in the faces of the shrinking middle class and flaunt his large Mormon family, which should be polygamous because Romney's just that fabulous. But, to be fair, this terrible advice would work just fine if all the other authoritarians are just as blindly worshipful of Mittens' masculinity as Mr. Williamson.

In a manly way, of course. He's a Republican!
Posted by Susan of Texas at 3:35 PM

Somebody has to be the top dog.

Ah, good. I had feared for years that this was the same Kevin Williamson who created "that Dawson's River show."*

I admit, Mr. Williamson comes off as a serf proudly tonguing the asscrack of the 1%--likely hoping they'll welcome him into the fold one day....

Tywin Lannister is a fascinating and compelling depiction portrayal of the feudal lord to end all feudal lords -- he's extraordinarily rich, extraordinarily powerful, and the worst kind of bully (the kind that isn't a coward and only hits you harder if you stand up to him) -- but I damn well wouldn't vote for him if he were running for county mosquito control board, never mind the presidency.

It's dispiriting to realize that Kevin Williamson probably would vote for him -- and that he's only an example of a common mindset, not a fringe outlier.

Isn't that what republicans are screaming about?
Poor families on welfare having children without a thought on how to pay for them?

Most anybody can have children. that is no big accomplishment. It is how you raise them and what they do with their lives that make a difference.

What I remember most about Romney is when he ran for POTUS, um how many years back, Oh yea, when the Iraq war was going on and not one of his sons volunteered for service.Mitt was for the war, but not one of those big strapping young men of his was fighting in it.
Nope, they were too busy trying to get their dad elected POTUS.

No, Romney for me does not come off as "top dog"(even though he did tie his dog to the roof of a car).
He comes across as an arrogant, entitled nasty man that would not stop to help an elderly woman cross the street.

Thereby proving you are pissed off!

The Republican middle class is poorer now and they are sick at the thought of how hard they have to work to survive and how others don't have to pay health insurance premiums or property taxes or grocery bills when they do.

So they want someone who doesn't have any empathy or humility, who doesn't think that he or his family should suffer any more than they are already with all those people who refuse to stay in their place these days.

In a way it is not entirely their fault. You can't expect everyone to throw off a lifetime of conditioning or ignore real fears. Authoritarian followers would be perfectly happy to follow less extreme leaders if they are told to do so. Followers have to be given permission to violate social norms by their leaders, which of course they were.

Which is why the role of religion in the public sphere is so important. We will not be able to control the followers until we control the bishops and other leaders. The best way to do that is financially. They have been damaged by rape settlements and desperately need to rouse the base for donations for their fiefdoms.

We should be suing on the grounds that they are advocating for the Republican party. It's insane to sit and do virtually nothing when churches are suing to take away our freedom from religion.