Announcing The Megan McArdle Prize For The Most Easily Refuted Argument 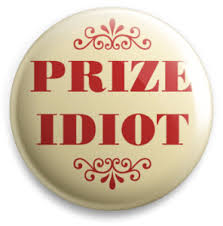 I hope to write a Much Longer version of this Shorter tomorrow. Megan McArdle has outdone herself. She has written a post on the Panama Papers and summed up the whole experience by saying that the banking records leak reflects well on capitalism in general and Americans in particular.


What we’ve seen from the papers so far is not so much an indictment of global capitalism as an indictment of countries that have weak institutions and a lot of corruption. And for all the outrage in the United States, so far the message for us is pretty reassuring: We aren’t one of those countries.

Trying to lump all these behaviors together under the rubric of “global capitalism” distorts the term to uselessness. While the economy is certainly more global than it used to be, most capitalism is local. There is, of course, a fair amount of interaction between economic elites. Nonetheless, most of those people still live under local law and local government, and make their money in a particular local economy. When some of those people break their local laws, this is not some sort of collective enterprise that indicts everyone, everywhere.

What we seem to have learned from the documents so far is that this particular sort of corruption isn’t a big local problem for the U.S. We do of course have some law breakers, because there is no such thing as a law that won’t be broken. But it seems to be a minor, furtive thing, rather than the mass habit you see in parts of the developing world. The IRS is very good at finding offshore tax cheats, and getting better all the time. I am confident that if U.S. scofflaws should be revealed by these documents, the tax authorities will waste no time ensuring that they get what is coming to them.

Other governments may fail to enforce their laws, perhaps because the named figures sort of are the local government. That is a big problem. But that doesn’t mean that it’s our problem. Global capitalism didn’t create the issues plaguing weak states. And global anti-capitalism won’t fix them, either.

The Panama data leak was the biggest ever and only a small amount of information has been revealed. It was from one bank out of many that hide money. More on that tomorrow.

But--and this is the funny part--McArdle links to an article that completely disproves her theories regarding why few American names were revealed. It turns out that it's easy to hide money inside the US so there is less need here for off-shore accounts and most Americans prefer hiding money in the Caribbean anyway, not Panama.

For these and other crimes against humanity I have created The Megan McArdle Prize (nicknamed "The McLazy"), to be given to the pundit with the most easily refuted post of the year.

John Podhoretz's Twitter claim (now deleted) that there are no male leads in Star Wars movies is the first nominee for the next prize but he will have to up his game if he (or anyone else) wants to win the Cup from its namesake.
Posted by Susan of Texas at 3:22 PM

I can't decide what I like most: Name-dropping Freddie "Boners" deBoer? The dismissal of the existence of the global economy as a "fair amount" of activity? The tv appearance anecdote? The American Exceptionalism?

I'll start making the list. It's going to be a long year.