The Best Of All Possible Worlds 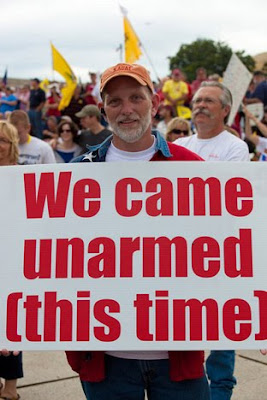 It seems that if nobody covers Megan McArdle's latest atrocity the sun still shines and the the world keeps spinning; that is good to know because correcting her mistakes has little effect. McArdle responded to DougJ's correction of her math with a post saying that Paul Krugman has had wrong predictions too, so there. Yes, the mistake was simple math, not economic projections, but let's not be pedantic about it. McArdle is just like the great Paul Krugman, so there.

McArdle has some praise for Chris Christie, who seems to share her belief that since there are no real-world consequences for blind ideology, you can do any crazy thing you want. She also informs us that she was a first responder because she worked at the Twin Towers site, running a copy machine. We could point out that she did not, in fact, respond to anything but a job offer from a construction firm but who cares? The truth is utterly unimportant in the face of rising revenues. We don't need to wonder what The Atlantic sold to make those millions.

McArdle is a made man; nothing can affect her success because she has the full backing of The Atlantic, which is making a small fortune using her as a conduit for corporate propaganda. Criticism is utterly useless against propaganda, which has nothing to do with passing on information and everything to do with feeding the vanity and stoking the fears of the gullible masses. Criticism just reinforces the public's sense of victimization, which they deeply enjoy.

It has become clear that most people like things just the way they are. They like having progressives and Muslims to hate. They like to see the rich get richer and the poor get poorer. They like to kill foreigners. They like to be told to drink bad water, breathe bad air, buy bad products. Americans are, you might say, exceptionally happy with America just the way it is, and tend to see its critics as stupid party-poopers who hate America and Jesus and money.

Why are we trying so hard to warn them? Why do we bother repeating that the banks are still hiding their bad debt, that the state and local governments are still broke, that the pensions are still gone, that all that scapegoating will one day erupt in violence? It's what America wants.

Cynical schadenfreudist that I am, I can't help but agree that Real Americans should get just what they believe they want, although even if they do, & end up ruined, they still won't realize it's their own fault.

But when they get what they want, we won't be able to just sit back, snark and enjoy it, because it will be deadly miserable for us, too.

If I wasn't so old, with so few prospects, and with a young child to worry over, I would find another country to live in, and then I could say let them have their fucking exceptional, wonderful little country. The one that doesn't give a shit about them and is going to continue steadily fucking them over until they die - early.

Also, this post has an elegiac feel to it. You aren't giving up on all this, are you, Susan? Because you are bringing some awesome passion and talent to the process.

I agree with Bob Hopeless, and his "never give up the ship" message.
~

I might cut back a little but I'm not ready to quit yet. There's always something new to laugh at.

It does seem like there is an avalanche of horror and destruction poised way there above our Country, just sitting there at the moment, while Wall Street Banksters with the eager help of Repug-Conservative-T-Bagger Americans scamper back & forth at the cliff-top, giggling as the lever sticks and rocks over the edge, high-fiving each other as they watch the mini rock slides clattering down upon the elderly and handicapped and poor.

We elected Obama and sent a Democratic majority to Congress to stop the landslide, but they aren't gonna do it, are they? After all They're at the top of the cliff.

grrr. avalanche sitting WAY up there above us, as THEY lever little rocks etc...

I wish I could give up, I really do. But I'm just not wired for it. As much as I want to find some Swiss girl to run away to her mountains with, this is my country, as much if not moreso than any random wingnut or glibertarian. People related to me have been living here for thousands of years, they shed blood to found, and defend, a (hypothetically) better nation, and they left a legacy of familial wealth, material and intellectual, that's enabled me to cling to whatever piece of a soul I have in comfort and perpetual education.
I recently, finally, read George Carlin's posthumous memoir, and I realized something that's been helping me, slowly, revitalize my sense of purpose. Preaching to our choir is not wasted effort, far from it. The best part of FMM, for me, was when someone randomly chanced upon it and thanked us for maintaining a sliver of sanity in a McTarded world. You do that far better than we did, Susan, and all I can say to you is the same thing I'm saying to myself; don't get sad, get mad.
Sorry for rambling, but my point is, as simplistic as it is to say, we're right, and that matters. History and reality keep showing that dirty fucking hippies get it, perhaps all too well. And if all we can do is piss off the powerful and comfort our own ranks, well, if humanity survives this stage of our evolution, the species we become will thank us for it.
/semi-drunken rant>

I think we all have to struggle against despair all the time: personal, professional, existential. That's as true for the people who read MEgan McCArdle because they believe her as for those of us out there fighting McCardlism. The problem is that you can't fight insanity and fear wholesale--its got to be retail. At least if you ever want to know that you've had an effect. I remember reading an interview with someone who was powerfully affected by a bumper sticker they saw on a car. It was "Attack Iraq? No!" just before the war. ON the other hand I had a bunch of bumper stickers that made fun of Bush ("four more wars") which I showed to my Republican Sister in Law and her friend's at a *vacation bible study camping retreat weekend for women and children* and none of them could figure out why that would be wrong. Thank you Jesus! They thought it was Pro-Bush.

I guess what I'm saying is that you have to keep on fighting the fight without knowing what the outcome will be. Passionless action or some such buddhisty thing. Just like we'd all be happier if we could just live our lives forward, without willing the end to be one thing or another.

hugs to all the demcardlers in my life!

Late, but did you notice that she's copying TNC a little sometimes.

Also, she really thinks her longtime commenters are actually worth opening up her blog to.

This is--alas--an important topic. I am, through no actions of my own, essentially a happy person (espec. after therapy!). But sometimes the sheer stupidity of people, coupled with the blatant uselessness (let alone the active collusion) of the media, gets me down.

But "down" means furious + impotent to change it. Or so it feels. And that's a drag.

I try to remind myself, though, that it's possible to adopt a stance of impenetrable jolly cynicism--to expect nothing of these idiots, and even less from the institutions that sustain this crap, and to play it for laffs. To mock, deride, and make fun of them without blaming myself for failing to "win," because those forces are huge (and have existed for centuries), and you can't convince people to be less stupid, less greedy, or more honorable.

What you can do is, keep pumping the truth into the system, and hope eventually it manages to infect specific individuals here and there. But without a sense of humor you're doomed.

Thanks, everyone. I always say that we never know what effect we have on others, and I guess I need to remember that. I've already achieved far more than I ever thought I would when I started out.

I think you,re right to be mad. But we can't retreat, just reload.