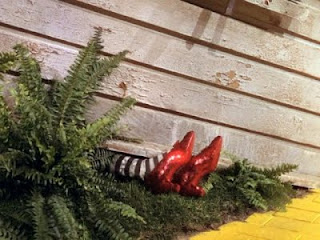 She thought it would be easy to walk away from her house but she was wrong.

The Perils of 'Jingle Mail'
The previous post reminds me of a topic that I've been noticing on consumer finance boards: people who have been reading stories of "jingle mail" and think that it's not only a good idea, but a way of life. Folks who say something like "I've decided to just let them repo the car. The payments are too high."


I don't know how common this belief is, but it's dangerous ignorance, even if it's only affected a few people. In case I have any readers thinking along these lines: your auto loan is not like a mortgage. If you let them repo the car (or the boat, or the furniture, or whatever other item you paid too much for) the bank is going to sue you for the difference. Maybe not right away, but eventually. And a judge is going to make you pay it unless you declare bankruptcy. They can garnish your wages, seize the contents of your bank accounts, and engage in all sorts of other unpleasantness if you don't pay them.


I mean, if you're getting ready to declare bankruptcy anyway, it might be best to let them repo the car. (Your attorney can advise you on this.) But in the majority of cases--including mortgages, unless you live in the handful of states that forbid lenders from pursuing you for the deficiency--you cannot get out of a secured debt simply by handing over the collateral. Again, I don't know that it is a common misconception. But it scares me to think about anyone just letting an asset go because they're tired of the payments, without realizing that this doesn't make the debt go away. If you can't make your car payments, there are ways to deal with the problem: for example by selling the car, buying a beater, and taking out a note for the deficiency. Or maybe even with a Chapter 13 bankruptcy. But just letting it go and figuring you're done with it is almost always a bad decision.

Speaking of "people" walking away from homes.... (via Calculated Risk)

A new type of property is adding to neighborhood blight: the bank walkaway.

Research to be released Thursday, the first of its kind locally, identifies 1,896 "red flag" homes in Chicago — most of them are in distressed African-American neighborhoods — that appear to have been abandoned by mortgage servicers during the foreclosure process, the Woodstock Institute found.

Abandoned foreclosures are increasing as mortgage investors determine that, at sale, they can't recoup the costs of foreclosing, securing, maintaining and marketing a home, and they sometimes aren't completing foreclosure actions. The property, by then usually vacant, becomes another eyesore in limbo along blocks where faded signs still announce block clubs.

"The steward relationship between the servicer and the property is broken, particularly in these hard-hit communities," said Geoff Smith, senior vice president of Woodstock, a Chicago-based research and advocacy group. "The role of the servicer is to be the person in charge of that property's disposition. You're seeing situations where servicers are not living up to that standard."

City neighborhoods where 80 percent of the population is African-American account for 71.1 percent of red-flag properties, according to Woodstock.

In some cases, lenders might be skirting city rules for property upkeep even after they repossessed properties.

Woodstock found that as of the end of September, 57.1 percent of the estimated 4,468 single-family, likely vacant homes that became bank-owned from Jan. 1, 2006, to June 30, 2010, were not registered with the city as vacant, as they are supposed to be.

"The whole concept of charging off creates this limbo land," said Dan Lindsey, an attorney at the Legal Assistance Foundation of Metropolitan Chicago. "There's still a lien that can follow the borrower."

In November, a U.S. Government Accountability Office report on the frequency and impact of abandoned foreclosures noted that Midwestern industrial cities, including Chicago, seem to bear the brunt of bank walkaways, leaving neighborhoods in deeper distress and cities left to shoulder the associated costs of dealing with unsafe, often unsecured homes.

No doubt McArdle will be horrified by the banks' "dangerous ignorance."
Posted by Susan of Texas at 7:33 PM

"But just letting it go and thinking you're done with it, is almost always a bad decision." She left out, that is, unless you are a corporation.

Some "people" are more equal than others.

does the corporate citizen have more or the same protection under the law as a living breathing citizen?

Only if said Citizen is United (and also Not Timid). So sayeth the highest court in the land. Which is definitely not "legislating from the bench" nor violating "original intent."

Did she really write "garnish" instead of "garnishee"?
Too much pink Himalayan salt on the mind.