Give Me Her Medicare 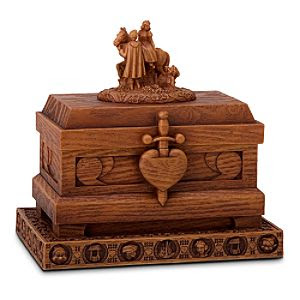 Over the past few years Megan Jane McGalt has gone Full Metal Wingnut. It's not overt because FMW is lower class and Jane Galt wouldn't be caught dead with the lower classes unless she was given the opportunity to personally snatch their Medicare from their aged hands. Just as she wouldn't be caught dead praising Atlas Shrugged, which has been heavily criticized by the intelligentsia. But Miss McGalt drops small hints by tweeting what and whom she's been reading--far right wingnut activists who are too embarrassing to discuss elsewhere. For instance, here she is linking to Michelle Malkin in reference to Paul Krugman. McArdle often attacks Krugman and has been doing so for a decade; right now she is most incensed by his criticism of her Galtian hero, Paul Ryan, Ayn Rand devotee and Destroyer Of Medicare.

I found it very odd to see Paul Krugman complaining that "patients are not consumers" as if "consumer" were some sort of horrible, low-status role that should never taint the sacred realm of health care. In my economics classes, "consumer" was not a value judgement; it was a descriptor.

Jane McGalt starts off by twisting the truth (of course), calling Krugman's criticisms "complaints" and implying that he is making a value judgement on consumers. Miss McGalt also establishes that she is Fair-n-Balanced by setting herself up as impartial, sticking to definitions instead of emotional arguments like that emotional Mr. Krugman.

So I was a bit befuddled to see an economist arguing that "The idea that all this can be reduced to money -- that doctors are just "providers" selling services to health care "consumers" -- is, well, sickening."

Last week, The New York Times reported on congressional backlash against the Independent Payment Advisory Board, a key part of efforts to rein in health care costs.

But something struck me as I looked at Republican arguments against the board, which hinge on the notion that what we really need to do is to "make government health care programs more responsive to consumer choice."

How did it become normal to refer to medical patients as "consumers"? The relationship between patient and doctor used to be considered something special. Now politicians and supposed reformers talk about the act of receiving care as if it were no different from buying a car. What has gone wrong with us?

"Consumer-based" medicine has been a bust everywhere it has been tried. Medicare Advantage was supposed to save money; it ended up costing substantially more than traditional Medicare. America has the most "consumer-driven" health care system in the advanced world. It also has by far the highest costs yet provides a quality of care no better than far cheaper systems in other countries.

But the fact that Republicans are demanding that we stake our health on a failed approach is only part of what's wrong. As I said earlier, there's something wrong with the whole notion of patients as "consumers" and health care as simply a financial transaction.

Medical care, after all, is an area in which crucial decisions must be made. Yet making such decisions intelligently requires a vast amount of specialized knowledge.

Furthermore, those decisions often must be made under conditions in which the patient is incapacitated, under severe stress or needs action immediately, with no time for discussion, let alone comparison shopping.

The idea that all this can be reduced to money — that doctors are just "providers" selling services to health care "consumers" — is, well, sickening. And the prevalence of this kind of language is a sign that something has gone very wrong not just with this discussion, but with our society's values.

Obtaining medical care is not like buying a car. There is often no time to do research and many people wouldn't understand the technical details or be able to determine the best course to take if they did have the time. The patient might not even been able to make any decisions at that point. Iit is immoral to ignore reality and pretend that medical care is like any other consumer transaction.

This semantic moralizing takes away from what I do think is the core argument between the partisans of the "Peoples' Budget" and the advocates of Ryan's Medicare voucher plan: whether consumers patients, or a central committee (IPAB) should be in charge of deciding what to do with limited health care resources.

The individual should decide what he can and can't pay for instead of the government because "choice" is a magic word that will automatically lead to less spending on health care, and if people fight their insurance companies one-by-one, they are much more likely to get better coverage than Medicare provides. Which is why everyone is dying to get rid of Medicare.

The statistics with which he opens are dubious: Medicare Advantage is more expensive because it provides more benefits, and the US isn't even close to being the leader in consumer-driven medicine, if by that you mean cost-sharing and purchasing decisions; in the rich world, that would almost certainly be Switzerland, where consumers patients not only pay heavily out of pocket, but purchase their own insurance, as both Kaiser and Cato will tell you.

Notice the bait and switch. We go from "should patients be treated as consumers" to "which country is more consumer based," an irrelevant question.

But though Krugman may be wrong about how consumer-driven our system is, he's not wrong that this is a core conflict. Nor do I think he's wrong that patients will frequently decide wrong. Where Krugman and I differ is that I don't think that centralized rule making is going to do such a super job either, for two reasons.

There it is again; another Jane Galt Socialist Dog-Whistle (TM).

The first is that providers and patients are going to fight cuts with every fiber of their being, and they will find it easier to fight on individual procedures than on increasing the size of the health care voucher; the former is not very expensive for any given procedure, while the latter is a large, obvious whack in the pocketbook for taxpayers. Think of how easy it has been for oxygen providers to keep their Medicare reimbursements--and how hard it was to pass a new health care entitlement.

People do not want to be thrown on the tender mercies of health insurance companies. The want to stick with Medicare and find a way to solve its problems instead of throwing it away.

But the second is that while consumers may be stupid, rules are often stupid too. Evidence-based medicine is certainly a good idea, but we are nowhere near being able to generate solid rules that a) cover all major possibilities and b) provide the highest chance of survival for the money. People are incredibly complicated. This makes outcomes hard to measure--and solid guidelines hard to develop.

"People are complicated." Tell that to a room of seniors who need Medicare. Everything is too hard, nobody can do anything ever, blah blah. McGalt sounds more like a socialist loser than a Galtian Overlord.

But even if we had the kind of data we'd need to develop a comprehensive set of rules, the problem remains: rules are stupid. You need to leave room for individual discretion. And individual discretion on the part of doctors and hospitals is a loophole you could drive a truck through.

Nor do I think the possibility of reducing costs through individual discretion is quite as impossible as Krugman makes things sound. Sure, a lot of decisions are life-or-death last minute things. But a lot of them aren't. They're questions like, "Do we send grandma to a nursing home, or try to keep her in the spare bedroom with the help of a home health-care aide?" Or "I've got stage four breast cancer with bone metastes [sic]; should I really mortgage the house to try another round of chemo?"

Does she ever listen to herself? Does she ever wonder what it would be like to have to worry about mortgaging your house to pay for your mother's chemotherapy?

It's all very well to say that people shouldn't have to make those decisions on the basis of money. But that's all the government is going to do.

Sure, there are some procedures that people just shouldn't have (like a lot of back surgery). But a lot of this is value judgements: hip replacements for elderly patients, expensive chemotherapy that may extend life by a few months, more convenient dosing schedules or better side-effect profiles for brand name drugs. Unless we simply rely on across-the-board reimbursement cuts--which would be moronic on every level--the government is mostly not going to be deciding which treatments are effective; it's going to be deciding which treatments are cost-effective. We haven't taken doctors out of the business of selling health care to patients; we've just added a middleman.

McGalt doesn't discuss how to solve our Medicare funding problems, she doesn't discuss cutting the military, she doesn't discuss raising taxes, she just tells us that we have to have vouchers or we'll die, when we all know damn well that taking the government out of healthcare for seniors will just be adding another middleman, the insurance companies.

Now, maybe you think that the government is smarter than the consumers it's speaking for. But how does the government know what you value most: an extra three months of life when you have cancer, or an extra five years of walking after age 89, or an extra $4,000 right now?

I think that people who favor a central board probably put more faith in technocrats than I do, but also, that they are horrified by the specificity of the choices. They're comfortable making decisions about who lives or who dies when the people in those decisions are just decimal points in an aggregate statistic. But they find it horrifying that anyone--particularly the patient--should have to make that decision about a specific person.

But to me, they're not really that different. All those decimal points are people too. And it's just as heart-rending when they suffer or die.

Yeah, right, she has a bleeding heart.

It's in a wooden casket on her dresser.
Posted by Susan of Texas at 8:55 AM

Wow. My personal favorite part:
"It's all very well to say that people shouldn't have to make those decisions on the basis of money. But that's all the government is going to do."
And insurance companies make those decisions based on . . .? Shareholder profits! Has she ever tried to get health insurance? While she has a pre-existing condition? Of if she (deities forfend) wanted to reproduce?

That is such a pile of stupid. Thank you for making your way through it so I don't have to do so.

Here's Malkintent, lying about the birthers' overt racism.
~

McArdle has informed us that if our insurance coverage is denied we can just call them up and yell at them and then we'll get what we want.

I don't think I emphasize enough how incredibly boring McArdle is. At least Malkin livens things up with spittle-and-foam-flecked ragegasms.

For Jane Galt, "Facts are for little people."

I liked this one: "the partisans of the "Peoples' Budget" and the advocates of Ryan's Medicare voucher plan..."

All of Ryan's plans have been fraudulent, cruel, and serve to increase the power of the plutocracy. Ryan's plans have been utterly eviscerated by the reality-based community, and Krugman has been one of the sharpest critics. How shocking that McMegan's ignored Krugman's recent 20+ pieces on what a fraud Ryan is (her fellow Ayn Rand groupie).

And she never came out with an assessment of her own on Ryan's plan, just one general post that said nothing about specifics. Instead she attacks Krugman's attack of Ryan (here's a run-down).