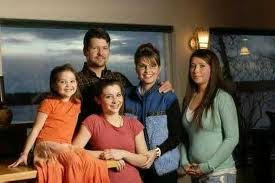 Who knew having a baby could be so lucrative??


The Candie's Foundation, "a non-profit organization that works to shape the way youth in America think about teen pregnancy and parenthood," announced recently that its campaign to lower teen pregnancy rates is a smashing success. On its website the foundation said:

Our campaigns are making a difference. Research has shown that teen girls who have been exposed to the foundation and its messages are more likely to view teen pregnancy and parenthood as stressful and negative, and they are more likely to be skeptical of the media's portrayal of teen pregnancy and parenting. They also think teens should wait longer to have sex than girls who are not aware of the foundation and its messages.

For proof of the foundation's efficacy we need look no further than its spokesperson, unwed teenage mother Bristol Palin, whom it paid $262,000 in 2009, and who has not been knocked up since she received the money. Congratulations to Candie's for a quarter million well-spent! And congratulations to Miss Palin as well, for investing her money wisely on birth control!
Posted by Susan of Texas at 8:34 AM

This sends a powerful message to today's young ladies, to be sure.
~

It's a bit odd, though, that in this age of liberal permissiveness and progressive degeneracy, teen pregnancies are at a record low in the US. Perhaps that's because we no longer let men be men.

I now see profits in my future on speaking out on the evils of getting drunk, donning a scuba suit, and getting spanked.

The real kicker is that the organization spent only 35k on actual grants to teen pregnancy programs.

Heh, they noted on their website that they are not in the grant-giving business*, but if that is true why did they give grants?

*"We are an operating foundation rather than a grant-making foundation. The foundation develops and runs communication campaigns to raise awareness about, and motivate teens to prevent, teen pregnancy."

I have to say - stuff like this actually makes me kind of happy.

Are they doing good work? No, absolutely not. Are they actively harmful? Well, they could be, but the Candie's Foundation looks more like a giant tax dodge than an actively harmful propaganda production outfit. So their harm is in the money that they're avoiding giving to the government, which wouldn't be going to the Treasury anyway even if this particular foundation didn't exist (I could be wrong about this and am totally willing to re-assess if it turns out that what they're doing is harmful rather than just useless).

And it sucks up money that COULD be going to fund actual harmful conservative organizations. For example - how much of that quarter mil that Bristol got is going to be funneled into political work? Maybe - maybe - a few dollars to her mom's campaign coffers (if Sarah Palin is willing to rip off her own daughter) - and even that is of minimal harm compared to where the money could be going.

I for one applaud Bristol and Sarah Palin and anyone else who wants to fleece conservative donors for money. It couldn't happen to a nicer group of people and I hope they have a long and productive grifting career for many, many years ahead.

And I forgot to add -

glad you seem to be feeling better Susan. Hope the flu is completely out of your system - the last one I had stuck around for what felt like MONTHS.

i seem to remember that the Candies foundation was doing some actual good work, at some point, with American Girl doll and either they were forced by AGD to knock it off or AGD forced Candies to knock it off. It was some girl empowermen thing.

But at any rate maybe Bristol is a clever laboratory style pilot program: exactly how much money would you have to pay the average unwed teen mother to keep her in school and not getting pregnant a second time? You know, like those pilot programs where they find that by paying teens five dollars a week not to get pregnant they can increase awareness of birth control? Only...much...much...much more expensive on a per-knock up basis. Hm.

Bristol’s only stand-out credential for the position appears to be that she was a pregnant teen. And maybe by having a mother named Sarah didn’t seem to hurt either .I never thought I’d be a statistic. I am not sure what that means, but she can now add “I never thought I’d be paid over a quarter of a million dollars by a nonprofit foundation.”

Well, Bristol Palin has, somehow, become a media celebrity. I'm betting most of her fans would cite this as part of the good work she does, without understanding how it is paying her. I think it is worthwhile to let the world know just how much volunteering she is doing to make the world a better place.

You know, like those pilot programs where they find that by paying teens five dollars a week not to get pregnant they can increase awareness of birth control?

Wait - someone really tried that in the real world? I always thought that was just a hypothetical econ experiment.

Did it work to increase awareness? Do you have a link?

Thanks, NonyNony--it's lingering but it'll go away eventually.

NonyNony,
I remember it as an actual pilot program, but I don't have a link. Also, I was last in school 20 years ago so that has to have been a long time ago. But that kind of behavioral modification with minimal economic investment was very popular for a while--like smoking cessation programs and affirmations and "write it before you bite it" weight loss programs.