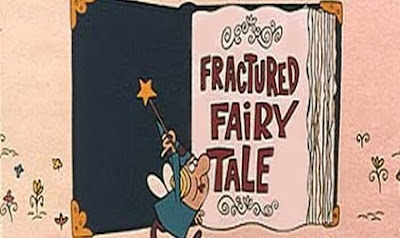 The Free Market Fairy, Megan McArdle, hard at work on her blog.

That's all she wrote, so let's look at the fairy tale.

And then it went out of business because it didn't make a profit?

That was stupid. No wonder the management can't make a profit; they're idiots. They agree to give people money that the company will never have. Isn't this illegal? Obviously the management has been enchanted by a wicked witch who forces them to make bad management decisions.

What do you suppose happened?

A handsome prince came along and kissed the management team with stimulus money so the entire economy wouldn't collapse. The management team retired on the Caribbean Island that they bought with the money, while the workers starved to death. 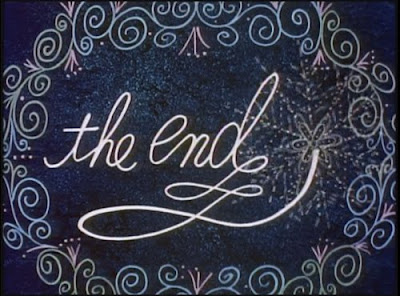 A lame fable by an entitlement scold.

No wonder Meegan likes it.
~

At least it illustrates my rule nicely: If you have something to say about X, talk about X. Analogies are garbage.

The comments are a wonderful mix of confusion & disdain.

Megan McCardle claims in there that:

to which a commenter responds:

"That's a statement of faith more than fact, innit it?".

To this Megan in turn responds:

Of course, people saying that cuts in spending is stimulative during a recession are the same ones claiming that tax cuts are stimulative.

So it's the old "everything may be true, everything may be false, why find out even if it just took Googling it?" approach of hers, but this time pretending that "each side is right or wrong equally" even though the two "opposing" ideas she's paired off are actually from the same camp.


"It's like saying "George W Bush claimed there were WMD in Iraq, and Cheney thought we should invade! Who knows which one was right? It's all just guessing!"


Oh what a tangled mess we weave when first we practice to be Megan.

God, that answer is right up there with "My calculator doesn't have enough zeros!"

...and so Megan claims that the historical fact of the economy improving for Everyone when taxes are raised (especially when their raised on people who can afford them), and the economy crashing when taxes are lowered ... is meaningless. Probably even an aberration?

I suppose this fable would mean something if Social Security had allocated the entire GDP as benefits, instead of a modest benefit computed by sober minded actuaries based on conservative estimates of economic growth.

Yeah? A speaker? A writer?

Do you have objections to those also?

Unless you mean that the regulars at Megan's place are somehow beneath even that form of address, it's hard to tell from a two-word comment.

It was me, dammit!

Reading the comments there puts me in a dark and pessimistic mood about humanity.

Except your comment, bad attribution on my part. Well done.

The best measure of the commenters is that Megan got 6 Recs before stealth correcting "Spending cuts" to "Spending hikes", none after.

Oh so she just edited it to now mean the opposite of what she had written, so my comment here doesn't apply, except as the only record of what she actually wrote, since she didn't cross out "cuts" but just replaced it with "hikes?"

I think I'm going back to never reading her again, it's like watching a pit of vipers chase each other off the page, and that's just in her posts and comments alone.

This, by econlib coblogger Bryan Caplan is really the "Portrait of the Artist" of the entire profession, it seems to me. The opening line, "It began with Ayn Rand", is sure to make you all crack up, but keep reading: clearly this guy got into economics to lend support to the political program of libertarianism/Randism, not because he found the subject matter fascinating per se. It seems fair to surmise that large numbers of right-wing economists enter the profession for similar reasons.

...AMR Corp. Chief Executive Gerard Arpey received $5.2 million in total compensation last year, even though the parent company of American Airlines was the only major U.S. carrier to lose money in 2010.

Arpey's compensation grew 11 percent over 2009, boosted by an increase in stock awards and options that were granted in May.

Last year, AMR posted a $471 million loss while other major carriers reported profits. And with rising fuel costs, the Fort Worth-based company reported a $436 million loss for the first quarter.

How does ArgleBargle explain that?

Entirely off-topic, but she posted this sentence today: "I whipped out my iPhone and loaded the Amazon app.

Please. She's been hyping Amazon links and profiting from the Amazon Associate program for how long? And she only just now loaded the Amazon app because she needed to buy earthworms?

I don't know why I find that so amusing, but we take pleasure in the little lies.

Kling has proven that capitalism can never work because dividends cannot be paid. Good work!