The Rats are In The Corn

Reading about Willard "Mitt" Romney's little birther joke and the lack of respect he and his followers show towards women and minorities, I have to wonder why anyone on the left calls him anything but Willard. (Preferably while humming "Ben," the theme music to the movie "Willard."* There's no reason why we shouldn't try to enjoy this potential sexually repressed plutocratic nightmare a little.)

Remember, the Villagers and their minions want to be cool more than anything else on Earth. They have money and power but they can't buy what they want most of all--self esteem. Obviously the only way they could be cool is if they created their own reality in which they are cool, forcing everyone else to live in that fantasy as well. Destroy the fantasy and you destroy the authority.

Willard dresses up as an authority, plays leader and cop and bishop. While he was play acting, real men were being shipped off to war. Willard mugs for the camera, he does not lead. He can live in a fantasy world in which he is cool but nobody else has to play along. 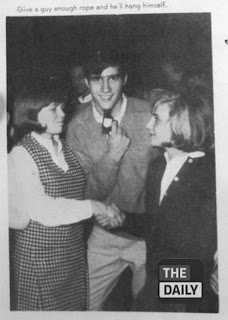 from The Raw Story: 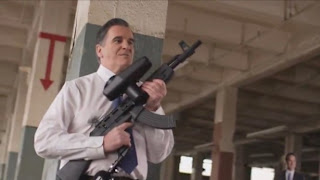 There is something slightly creepy about Willard. It's not important compared to what he wants to do to the country but it affects his electability and makes him very uncool.


*See Correction in comments
Posted by Susan of Texas at 11:52 AM

Sorry to nitpick, but "Ben" was actually the theme song to "Ben," the sequel to "Willard."

It's amazing--almost every time I don't look something up I find out later I was wrong.

As opposed to McMegan, who never looks up anything, because she's certain she's right.

You break it, you bought it!

breaking: i can report wind in miami. definitely some wind.

I refuse to look that up.

I saved it for posteriority.