Driftglass reminds us that Jonah Goldberg's reaction to Hurricane Katrina ten years ago was exactly what one would expect from Jonah Goldberg. A refresher:


ATTN: SUPERDOME RESIDENTS I think it's time to face facts. That place is going to be a Mad Max/thunderdome Waterworld/Lord of the Flies horror show within the next few hours. My advice is to prepare yourself now. Hoard weapons, grow gills and learn to communicate with serpents. While you're working on that, find the biggest guy you can and when he's not expecting it beat him senseless. Gather young fighters around you and tell the womenfolk you will feed and protect any female who agrees to participate without question in your plans to repopulate the earth with a race of gilled-supermen. It's never too soon to be prepared.

Goldberg thinks he is funny because he laughs at The Simpsons. So he joked about the death and suffering of people that he obviously did not consider to be "real" people. His rancid racism almost obscures that fact. He joked about it. He watched the disaster on tv, sat down to his computer, and told a (purported) funny. 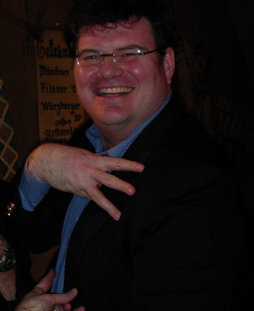 We know that a defining attribute of libertarianism is a lack of empathy and Jonah is the poster boy-and we do mean boy-for that condition. But Jonah's racism and callousness are not the only things he revealed in that little paragraph.

Jonah is a physical coward.

Even in his power fantasy he could not imagine himself as powerful. "While you're working on that, find the biggest guy you can and when he's not expecting it beat him senseless." Of course Jonah would have to hit someone from behind. He is far too weak and spineless to do anything else. The wonder is that he would acknowledge it but obviously he was quite incapable of doing anything else. Jonah knows that for him to succeed in anything that entailed physical strength he would have to eliminate anyone strong.

Of course he would also need many weapons because Jonah knows that eliminating the biggest man would still leave plenty of people who could take him out, such as big men, strong women, skilled teenagers, and babies with lollypop sticks. Even with the elimination of any competition and a stockpile of weapons, Jonah knows he is so weak and impotent that he could not hold any position of strength on his own. He would need "young fighters" because you can't always expect to be able to sneak up on your enemies. Someone would actually have to fight someone at some time. So Jonah figures that he'll get some better men to do all the fighting for him. 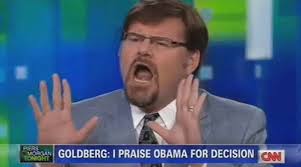 It is no surprise that a racist would also be a coward; the two go hand in hand. We hate what we fear. It is also no surprise that a racist coward would be sexist as well. Someone incapable of putting himself in another's shoes would not be able to see a woman as a real person. Jonah "jokes" that he would tell the "womenfolk" that he would feed and protect them if they have sex with him.

Before I continue a small reminder might be in order. 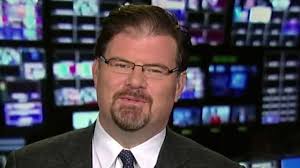 I hardly need to add more but I will anyway. Jonah must add "who agrees to participate without question in your plans to repopulate the earth" because many questions immediately spring to mind, such as, "Are you shitting me?" Or, "What on earth makes you think I need you (or anyone else) to protect or feed me?" Or maybe, "Don't you realize that I would rather slit my own throat than see you naked?"

Yes, this brainless, balls-less, heartless, repellent person felt perfectly comfortable joking and laughing while non-people died. Since then like Megan McArdle he has failed upward on and onward and will continue to do so while trying to ensure the poor suffer and die.
Posted by Susan of Texas at 7:45 AM