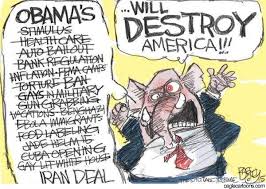 Megan McArdle is indignant. Not only is Trump a vulgar bore, he isn't hiring any of her friends to run his campaign. If he had, they would have caught the plagiarism that somehow attached itself to the current Mrs. Trump's convention speech.


This is all of a piece with the way the Trump campaign has been run -- disorganized and understaffed. A team of those establishment insiders that Trump so likes to revile would probably have caught this and fixed it. Instead, his wife was humiliated in her first major speech.

After the campaign stole Michelle Obama's speechwriter's speech, they had the nerve to double down on their lies. Who would do something like that? Standards, people!


Writers know that it’s unlikely to hit on someone else’s words as closely as Melania Trump's speech copied Michelle Obama's. As my friend Terry Teachout once pointed out to me, highlighting as few as seven words of your own writing, and searching them in Google surrounded by quotation marks (which restricts the search to exact matches), is likely to produce exactly one hit: your work.

What could make a person think they could get away with deception? McArdle's close personal friend Terry Teachout told her (personally!) that it's very easy to catch. What were they thinking?

They were probably thinking the same thing as McArdle when she lied about drug innovation, or when she predicted that Obamacare would destroy American healthcare.  Nobody would notice and if anybody did they wouldn't care, and if they did care, one could just tell more lies to cover up the old ones. Republicans have been getting away with blatant lies for decades. They lied about everything, and McArdle passed on their lies as facts because the lies told her what she wanted to hear and because she was paid to pass them on. Republicans gained a lot of money and power through lying and the only reason they acknowledge Republican lies now is because they are no longer profiting off of them; Trump is.

It's easy to get away with lying. Readers won't abandon you; they tell themselves that the facts are liberal haters and anyway, Hitlery is worse. Billionaire bosses won't fire you; they need fake journalists who are willing to lie to please the advertisers. Your peers won't do anything to jeopardize their chance of being hired by billionaires.

McArdle thinks this convention was the chance for the Republican establishment to put a leash on Trump, or for Trump to bow before them and humbly prove his loyalty to the Party. It still hasn't penetrated the dense, authoritarian wall she's put up in her brain that Trump doesn't care what the Party (or anyone else) wants. He doesn't value and admire her or her cohorts in politics and media. He doesn't want to pay them for their advice or services, so they can tell him what to think and do like their little Mario puppet. He wants to use them and throw them aside.

You built this, Republicans. You sowed the ground for Donald Trump, King of Lies.

I love that when they finally sent out McIver to take the fall, there are still all sorts of problems.

1) Melania picked a story by & about the Obamas to tell
2) McIver got the wording exact over the phone?
3) Campaign work was done by the corporation
4) Melania didn't notice the quotes
5) Who knows what the next hour will bring?

Melania's speech was a nice break from the savage insanity of the howling mob at the convention. Is the mob that much worse than the purple bandaid crowd from 2004? Yes.

As one overprivileged pundit once told me, you can never be sure why anything goes wrong in a big organization. Which is to say that I'm not wholly convinced that a corps of dedicated insider hacks would have necessarily prevented this. Cribbing from someone else's speech is certainly embarrassing, but it is any worse than the presumably vetted comments you routinely get from people like Louie Gohmert or Steve King, or Bachmann back when she was still in office? They're fringe figures to be sure, but the GOP wasn't disavowing them, even when they made public statements that were jaw-droppingly wrong. And then, of course, there's pretty much everyone the Goopers fielded in 2012.

That's the key point. The Very Serious Republicans want to pretend that everything was level and sane until Trump came and wrecked the brand, but come on - if Trump is a 10 on the inchoate madness scale, then the GOP of the last few years was at least an 8.5. This didn't come out of nowhere.