Via TBogg, we see that Ross Douthat, hairy of face and bigoted of heart, is once again whining because the rest of the world doesn't match the little Passion Play constantly being performed his head. It does, however, match a different type of play. 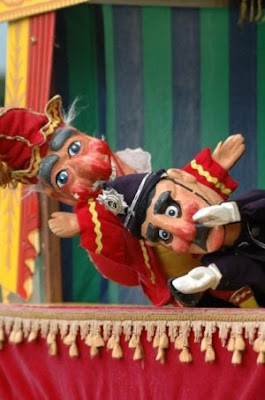 This is Ross Douthat, also known as Punch, with his bestest buddy, Moral Police. They like to make sure that everyone is Christian, like Punch, because of all the religions in all the lands since the beginning of time, Christianity is the One True Religion. (TM TBogg)

Punch Douthat is unhappy. People don't respect authority the way they used to before the bad, bad 1960s.

In the last 50 years, the Christian churches have undergone what “American Grace” describes as a shock and two aftershocks. The initial earthquake was the cultural revolution of the 1960s, which undercut religious authority as it did all authority, while dealing a particular blow to Christian sexual ethics. 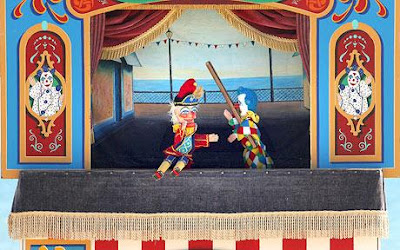 Over all, [the authors of American Grace] argue, our society reaps enormous benefits from religious engagement, while suffering from few of the potential downsides. Widespread churchgoing seems to make Americans more altruistic and more engaged with their communities, more likely to volunteer and more inclined to give to secular and religious charities. Yet at the same time, thanks to Americans’ ever-increasing tolerance, we’ve been spared the kind of sectarian conflict that often accompanies religious zeal. 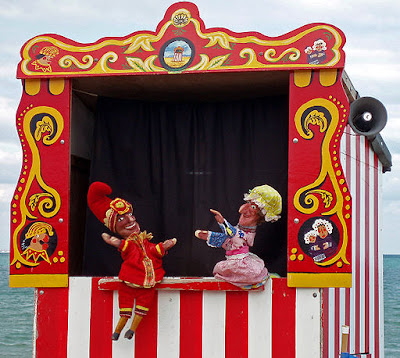 Look out Judy, it's a Muslim! Whom we tolerate just as long as they don't want to build a mosque near us or worship in front of us or make us listen to those funny calls to prayer!

But there is an even bigger threat to Christian Authority than mean Mr. Sexual Liberation--Multiculturalism, which keeps trying to steal the One True Sausage! I mean Church! 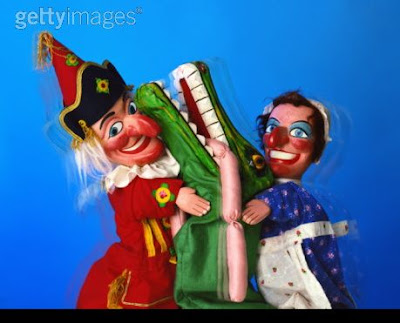 The first aftershock was the rise of religious conservatism, and particularly evangelical faith, as a backlash against the cultural revolution’s excesses. But now we’re living through the second aftershock, a backlash to that backlash — a revolt against the association between Christian faith and conservative politics, Putnam and Campbell argue, in which millions of Americans (younger Americans, especially) may be abandoning organized Christianity altogether.

No, not the abandonment of organized Christian sausage! Save us, Punch Douthat! 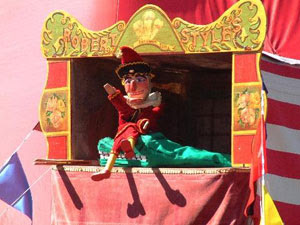 Yay! Punch Douthat has saved us again from the evil Multiculturalism! The thanks of a grateful nation are yours, Punch Douthat!
Posted by Susan of Texas at 9:40 AM

It's been 3 years since I made my personal declaration of War on Christmas.

I'll be sneaking past Vicksburg any day now.

I am losing the War On Christmas. I won the Battle Of The Post Office but lost the Skirmish At Best Buy Creek.

I'm just beginning to face up to my shopping responsibilities (mainly by pondering same, and sighing).
~

Fantastic. Wish you had illustrated this sentence though:

"But this is also the season when American Christians can feel most embattled. Their piety is overshadowed by materialist ticky-tack. Their great feast is compromised by Christmukkwanzaa multiculturalism."

I mean, what? Could that be any more obnoxo?
Or badly written? Did he think that was clever? Why am I asking so many questions? Sigh.

Well, OK Ross, if that's the way you feel, go right ahead and wear the hair shirt and chastity belt.

Or better yet, just have the naughty bits cut off, so you won't ever have to be bothered by thoughts of S-E-X ever again...