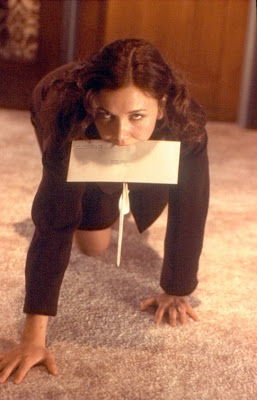 Some employers are more strict about mistakes than others.


Megan McArdle discusses the lamentable tendency of some people to make numerous and egregious errors.

Why Don't Publishers Check Facts
The Economist pens one of its customarily acerbic book reviews in which it notes an extraordinary number of basic errors: [snipped quote].

The Economist reviews a female economics writer and says the "trouble starts when [she] ventures into economic analysis;" she mangles elementary economics, makes "puzzling omissions," and "commits some jaw-dropping factual errors." The Economist says she is a poor writer as well.

How does something like this happen? Online, of course--people write quickly, and they often work from memory rather than looking up every fact. It is, as any writer can attest, startlingly easy for a bad fact--like Fiat buying GM--to insert itself so thoroughly into your consciousness that you don't even know you ought to look it up.

I hesitate to bring this up, as McArdle is the professional and I am merely an amateur, but journalists actually are supposed to look up every fact. I know, I know--it's a lot to ask. You have to open a new window and type in a few words or a sentence and then spend minutes reading sources and cross-checking. It's such a nuisance when you can just depend on your memory of the last Cato paper you read, but, well, there it is--journalists are expected to check their facts before they report them. It's unfair but I don't make the rules.

But this is what fact checkers are for, and I don't understand why book publishers don't have them. They cost money, to be sure--but not that much money.

McArdle could tell us just how little they cost but that would require fact-checking.

She could also talk to a few people in publishing to see if the profit margin on most books is too small to support a fact-checker, how much net profit publishing houses make, and the experiences of any publishing houses that do hire fact checkers. Doesn't that sound like fun--spend some time on the phone and the web researching an interesting topic and then tell your audience all about it? And make lots of money to do it? That would be a great job. Although, I must admit, McArdle's practice of skipping the work and going straight to spending the money is an even better job.

Sadly, there are a lot of experienced magazine people around right now who could be got at very competitive freelance rates. A quarter of a million dollars a year would get you the world's finest staff of crack fact checkers; quite a bit less money would prevent embarassments like this book. It might have even headed off the Arming America disaster, if a fact checker had noticed that the figures in his, er, smoking gun table, didn't add up.

It appears that someone has friends in need of jobs worthy of their high social standing, elite education, and Galtian superiority. Too bad our elite destroyed the economy and pulled up the ladder behind them.

Presumably the answer is that it isn't economic: readers don't care, and indeed rarely learn; there's no money in preventing the occasional catastrophe like Arming America. But then one must turn the question around: why do magazines like The Economist, the New Yorker, and yes, The Atlantic, employ fact checkers? Our readers are the potential consumers of books like the one that the Economist is reviewing; do they care less about accuracy in their books than in their magazine articles?

Based on the evidence before us I'd say that yes, McArdle's readers are not overly concerned with accuracy.

Not that anyone at The Atlantic thinks about it that way; we employ fact checkers because it seems like the right thing to do.

Perish the thought! Of course The Atlantic isn't concerned with silly things like lawsuits or reputation; they just care about the truth. And so does McArdle on her blog, just as long as she doesn't have to, you know, look the truth up.

But why does this ethic prevail at so many magazines, and at no publishing house?

It's a puzzler. But at least we are reassured that The Atlantic fact-checks its articles and therefore McArdle's very hard-won reputation for error is nothing but one of those liberal lies, like the Social Security Trust Fund and the existence of poor people in America.

ADDED: Meanwhile at The Atlantic, journalist Teri Buhl reports on illegal activities by Bear Stearns. Remember when McArdle said that there were "no villins" in our economic disaster, just systemic failure? She has quite the nose for news.
Posted by Susan of Texas at 11:53 AM

The Economist reviews a female economics writer and says the "trouble starts when [she] ventures into economic analysis; she mangles elementary economics, makes "puzzling omissions," and "commits some jaw-dropping factual errors." The Economist says she is a poor writer as well.

When I read that, I was like "McArdle wrote a book?"

Why does she specify the author as female? We know that she's thinking of herself when she writes the the words "female economics writer," because that's just how narcissism works, but is it really possible that she thinks we don't see the IMAX-scale projection that's going on in this post?

It's posts like this that make me think that McArdle is really Andy Kaufman.

According to one commenter, the book's errors are minor, the Critic is nit-picking. The whole subject is a win-win for ArgleBargle.

"The Atlantic...employ[s] fact checkers because it seems like the right thing to do."


We have now identified the private-sector version of "digging a hole and filling it up again" jobs:

"Another column came in?"

"Is it from Ta-Nehisi? Or Fallows?"

"Oh. [game of rock, paper, scissors ensues] It's yours. You know what to do."

"Write a lot of queries and watch helplessly as none of them are accepted by The Editor?"

"Nothing to be done."

Look, I like James Fallows as much as the next guy. Yet The Atlantic is becoming an horrible read. I just jumped over to the Bear Stearns mbs article. I felt like I needed a shower afterwards. Not because it was a poorly written article. But because it was at THE ATLANTIC.
McMeagan's damaging you brand, Man.

McArdle could tell us just how little [fact-checkers] cost, but that would require fact-checking.

Yet another summary of every McBargle post ever. But that one's particularly postmodern, or self-imploding. It's sorta the Dunning-Kruger Effect, or high comedy, or the stuff that novels are made of.

Oh Christ. That's one for the annals.

McCardle also seems to think that fact checkers aren't there as a kind of factual editor--catching misattributions, wrong dates, etc... but some kind of free research help. Book writers work for themselves and pay for the research and editing they need because its to their advantage to do so. Publishers publish and sell books--sometimes even vanity press books--and its not to their advantage (unless they are University Presses) to maintain a higher standard than their buyers want.

Oh, by the way, do run over to slactivist and see a very good post on why conservative/crazy books sell better than rational/liberal ones. His basic argument is that people who are trying to reassure themselves about a false fact or counterfactual state buy books for reassurance while the rest of us don't bother to buy books confirming our perfectly reasonable world hypotheses.

Where it dovetails with Megan (and Althouse) is that Fred points out what massive amounts of work it takes to believe false things and to peddle false things. This is why her comments and blogs are often so long.

This is one of those occasions where it's hard to tell if Megan is being insincere or is merely ignorant. In either case, it's willful. As if the Atlantic employs fact checkers out of some noble commitment to the truth, and not because their libel insurers almost certainly require them to do so. If honesty and quality was their genuine pursuit, Megan would have been handed a pink slip years ago.

She doesn't necessarily get her facts wrong. She gets her math wrong, she consistently draws false or baseless conclusions using cherry-picked data or personal anecdotes that are irrelevant to the larger world, or makes sweeping generalizations using the ultra-simple principles of high school Econ 101 about subjects she doesn't understand. You can't fact check a horrible pancake recipe. But she and her employers are careful enough to make sure it's all harmless enough to never get sued. In a larger sense, she is harmfully mis-informing the (hopefully) few readers she has that trust her, but the fact checkers do keep her and her bosses out of court. And that's apparently all they care about, because they sure as hell have no fidelity to the integrity of the profession of journalism or the pursuit of knowledge and honesty. Hell, they don't even care if her spelling and grammar are correct or that her writing is organized or coherent. Facts? They're for the little people who aren't smart enough to make trivial things like that secondary to the big bucks.

aimai: I remember reading a "warning" to women on how to spot conmen, or someone (usually a man) up to no good: they talk a LOT, talk fast, and about several subjects in rapid succession. Working hard to confuse the victim.