The Upper West Side Horror 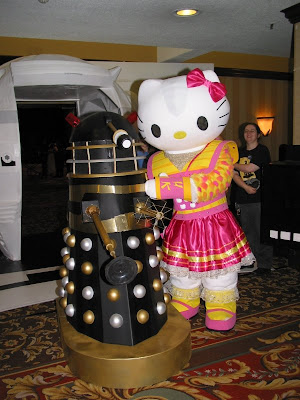 Quick! Before she takes out her calculator!


It's spring break and we are very busy so let's be short.

Shorter Megan McArdle: We don't need more trains; there's nobody to ride them.

If money is spent on trains that means McArdle will have to pay taxes that might benefit someone else and she would rather not help anyone who isn't Megan McArdle, thanks very much.

Shorter Megan McArdle: Netflix might just be shooting itself in the foot again!

Our brilliant journalist makes some claims that she doesn't explain ("On the other hand, Netflix has proven itself an extraordinarily nimble and visionary company, repeatedly moving to cannibalize its own sales before competitors do it for them"). She also says," The competency required to be a DVD distributor don't really overlap that much with the competencies required to identify and support successful television programming." I'll bet Netflix has amassed a huge amount of information about what people want to watch, and as I spent all week watching Dr. Who on Netflix's instant download with the kids, I know it's not just mailing DVDs either. I would like nothing better than to get rid of cable altogether, and from what I hear a lot of people have switched to viewing tv via the internet. It's the wave of the future, as they used to tell us in the '70s.

It never ceases to amuse me that McArdle is able to make a living as a journalist by obfuscating instead of illuminating. Her writing is extremely unclear and she routinely leaves out information essential to understanding her point. Fortunately for her that's a feature, not a bug, in her line of work.

This article reads almost exactly like one of those utterly useless articles published in a upmarket woman's magazine that is aimed at educated people but is written by someone who usually covers fashion and celebrities. "Add more to your 401(k)." That's sheer genius. Putting aside the merits of 401(k)s, if you don't know enough to do this you don't have a 401(k), and if you do, you don't need some silly cow telling you to add more to your 401(k).

Shorter Megan McArdle: For reasons that I will state but not explain, income inequality isn't that bad after all! "Rising inequality (and slower income growth) have been a rising trend across most of the developed world for three decades. We need a better explanation than greedier rich people, or stupider politicians." Don't tell me--it's systemic!

Shorter Megan McArdle: Obama seems to have become as bad as Bush regarding civil rights. The problem must be...systemic!

It doesn't occur to her that power-hungry people seek the presidency, or that people actually mean what they say. Obama's worldview was not hidden; he said what he thought. People just didn't want to believe him. Now they know better. Of course most people continue the same pattern of belief and disillusionment because they dislike the alternative, which is rejecting all automatic group loyalties.

There are also a couple of posts on Japan that tell us nothing; McArdle doesn't do original analysis, she just quotes Tyler Cowen or someone else. All noise, no substance.

Where's a Dalek when you need one? Exterminate! Exterminate!
Posted by Susan of Texas at 12:09 PM

It doesn't occur to her that power-hungry people seek the presidency, or that people actually mean what they say. Obama's worldview was not hidden; he said what he thought. People just didn't want to believe him.

I don't enjoy this thought, meself. (Note, this is ruefel reflection only. Meegan is a Moron, as is well documented.)
~

repeatedly moving to cannibalize its own sales

I do not rate for this business plan.

We need a better explanation than greedier rich people, or stupider politicians

One stupid politician, Reagan, was all the greedy rich people needed.

Yes, exactly. But why not admit it? It's very easy for our corporate elite to manipulate us because we don't admit that we are at war with them and will do all sorts of crazy things to keep up the illusion.

Netflix may or may not succeed, depending on whether they succeed or not.


Diversifying this way could represent the next evolution in digital entertainment, but it's also risky. (A&E was producing some great original content in the 1990s, but eventually abandoned the strategy and retreated to its core business of rebroadcasting Law and Order reruns.)

Good thing AMC is sticking to it's model of rerunning movies instead of making super-popular shows like Mad Men or The Walking Dead, cuz that would never work.

"...rebroadcasting Law and Order reruns." As opposed to broadcasting reruns for the first time? As for her financial "advice," it's on par with her former genius recommendation to survive the recession by not buying shit you don't need. Who would have thought of that without her sage guidance? She always makes these mundane, trivial observations and presents them in her snooty, condescending style like she's just cracked the Rosetta Stone of intellectualism. What a twit.

The Netflix post is awful on so many levels. She's obviously just talking out of her ass. The important piece of information that she's omitting here is the licensing of successful oriinal content like Starz's Spartacus series. It's not an untested idea. Obviously they have some clue as to how many subscribers signed based on access to Spartacus or other exclusive shows.

This is a carbon copy of so many of her concern troll posts. I love how they all end with an, "On the other hand..." paragraph, so that she can be right no matter what happens.