A Study In Stupidity

When you live in a soap bubble-thin fantasy world of superiority and persecution, no detail is too small to overlook. The entire world must conform to the fantasy or the bubble will pop and reality will rush in to take its place. And, as we all know, reality has a liberal bias and must never be allowed to darken the door of the mind.

Take Charles C. Johnson, who cannot watch the new Sherlock Holmes movie without trying to twist it to conform to his ideology. He is peeved that Moriarty, who organized the criminal underworld and took a cut of its profits, is depicted as greedy and evil instead of just evil.

Alas, [director guy] Ritchie goes a trope too far by having Moriarty do it all for a buck. In a tired story line you have seen or heard many times before, Moriarty is hoping to make money off Europe’s descent into chaos and mechanized slaughter. It’s capitalism, not a love of crime, that sets him in motion, and even his capitalism is based not on evil genius but on keen insight that a war is coming anyway and he might as well profit. A profiteer he may well be, but the sinister element is missing.

In so doing, Ritchie cheapens Moriarty’s evil. The specter of mass killing hangs over the film for a moment, only to be banished by the awesome power of mechanized Europe. This wouldn’t be bad if it were more fully explored. Holmes and Watson note the coming of the automobile, but only dimly notice the tanks, machine guns, and modern cannon, all of which make their deafening debut.

It would have been far more fun and far more interesting to return to the old Moriarty and Holmes of Doyle’s beautiful series. Theirs was a real game and a deadly one, played for love of the game. Moriarty kills because he can and because he leaves no loose ends. So evil is Moriarty, and so clever, that he is almost too powerful even for Holmes — “the most perfect reasoning and observing machine that the world has seen,” as Watson describes him. Doyle’s Holmes knew well the danger Moriarty presented. “If I were assured of your eventual destruction I would, in the interests of the public, cheerfully accept my own,” he told him in “The Final Problem.” Holmes knows what Moriarty is, just as he knows who he is.

Holmes, who loves the public interest, never loses his ethical focus in Doyle’s work. He knows that “all great criminals have a complex mind,” and so submits his own mind to the pursuit of something far more worthy: justice. “I am not the law, but I represent justice so far as my feeble powers go,” he explains in one story. Ritchie’s Sherlock Holmes: A Game of Shadows, for all its $125 million budget, isn’t sure of its focus at all. Maybe the sure-to-follow sequel will set it on the right path.

Nobody who profits from capitalism or worships power wants to be told that ordinary-or even extraordinary--people act out of greed and their acts end up killing or harming millions of people. They want a black and white world of good and evil where evil is a disembodied force stalking the land, for which nobody is directly responsible. They do not want to know that their leaders are ordinary, petty, selfish, greedy men who attain enough power to do whatever they want and ignore the consequences.

Mr. Johnson is a real piece of work.

Charles C. Johnson dual majored in economics and government at Claremont McKenna College. He is a native of Boston, but now lives in Los Angeles and New York.

He is the founding editor of the award-winning news site, The Claremont Conservative, a daily blog devoted to Claremont Colleges’ news from a conservative/libertarian perspective.

He served as editor of the award-winning independent monthly, The Claremont Independent, where he broke stories about the Arabic department head’s ties to Hezbollah and compulsory racial sensitivity retreats for resident advisors. His coverage of two pro-life students being banned from campus for asking a question resulted in a complete overturning of their sentence and an administrative apology, just seven days later.

He has spoken on using technology to defend freedom at the Foundation for Individual Rights in Education’s annual event. He has worked as a research assistant to Alan M. Dershowitz and for the Kauffman Foundation, America’s largest foundation dedicated to economic research and entrepreneurship. He has served as an opposition researcher for the Pollak for Congress campaign, among others.

He has served as a research assistant to Charles Kesler, editor of the Claremont Review of Books.

He was selected for a prestigious Honors Fellowship with the Institute for Intercollegiate Studies and his journalistic work has been recognized by the Cato Institute. He is the winner of the prestigious award for government, the Harrison Fellowship.

His work has been published in The Claremont Review of Books, City Journal, National Review Online, The American, The Weekly Standard, Big Hollywood, Big Government, The Pope Center for Higher Education, American Thinker, and The New York Sun. On campus he has written for The Claremont Independent, The CMC Forum, and The Student Life.

Charles C. Johnson is the winner of this year's Eric Breindel Collegiate and ISI's Devos Leadership awards. He is also a recent Robert F. Bartley Fellow at the Wall Street Journal, and a Robert Novak Fellow at the Phillips Foundation.

The Robert Novak Fellowship. Now there's a high honor. And it comes with its own traffic sign. 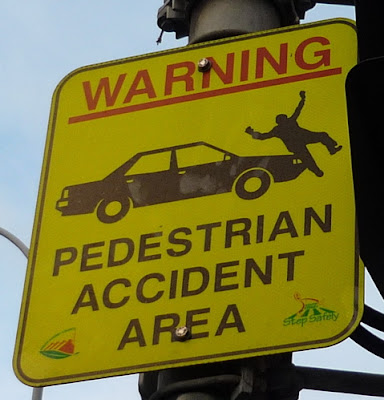 Money, awards, jobs: all yours for the taking, as long as you help criminals steal everything they can get their hands on. Johnson obviously is very fond of Sherlock Holmes. Too bad he doesn't realize that he is working for Moriarty's side, and that Holmes would be as disgusted by him as he would by any other eager little minion.
Posted by Susan of Texas at 1:10 PM

I don't know what Doyle this guy has been reading, but the Moriarty in the original canon was at the center of a massive criminal enterprise, raking in loads of money. He wasn't just a comic book super villain.

Ah, for a second I had this Charles C. Johnson confused with Charles Foster Johnson of L.G.F.

You need a wikipedia to keep them all straight!

Yeah, I did a double-take at the name.

I don't care if boot-lickers get rich licking boots--it's a nasty way to make a living--but watching them hand out prizes for superior boot-licking while congratulating themselves on the quality of their tongue action is rather annoying.

The real Charles Johnson plays DE for the Panthers. Only good player on that defense, alas.

Since greed is good in the libertarian world, having greed be the motivation for evil makes no sense to them.

Spot on, Rugosa. I notice that this fellow claims to be 22, which means he was about 11 when the Supremes appointed Bush the Lesser. For him to come out of adolescence in that era with these concepts suggests to me some serious scrambling of the little gray cells. If you see him coming, I strongly suggest crossing the street.

It’s capitalism, not a love of crime, that sets him in motion...

Are you kidding me? Why the hell does this guy think people love crime? No one except the profoundly mentally ill "loves" crime for it's own sake. What, exactly, does the author think movitates drug dealers, or protection rackets, or theft, or... sweet Woody-Allen-Jesus, almost all crime, especially the organized kind, is about making money!