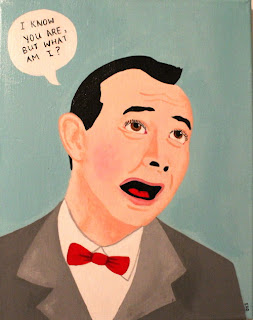 
Many authoritarian followers claim victimization to avoid responsibility, as all good authoritarians are well-trained in handing over responsibility to their parents, priests/gods and other authorities. As the great modern thinker Stan Lee tells us, with power comes responsibility, and the reverse is true as well. Those with no power have no responsibility. It is the deeply ingrained weakness in an authoritarian follower and a seductive consolation prize. People who are taught as children that they can't fight back against abuse refuse to fight back against abuses as adults. Their fears are so deeply ingrained that they can't give up the defenses and crutches they have built up and clung to all their lives. When fear is all you have ever known, letting go of fear is terrifying.

But clinging to victimization is not just a psychological condition. For the Party of Abused Children currently calling themselves Republicans, claiming victimization can also be a tool. It elicits a very strong response in their fellow travelers--a type of nostalgia, almost--and reliably draws out their barely suppressed anger and resentment.

Jonah Goldberg is busy telling everyone within range of the sound and smell of his farts that liberals are just liars who think they are telling the truth while it is really conservatives who tell the truth. (Such as Johnny-Came-Marching-Home-And-Dumped-The-Crippled-Missus McCain's statement that he picked Sarah Palin because she was so well qualified.) His learned tome, The Tyranny of Cliches: How Liberals Cheat In The War Of Ideas, is one long cri de victim.


There is nothing wrong and a great deal that is right with having ideological convictions. What is offensive to logic, culturally pernicious, and, yes, infuriating to me is the claim that it is not an ideological tenet. Progressives lie to themselves and the world about this fact. They hide their ideological agenda within Trojan Horse clichés and smug assertions that they are simply pragmatists, fact finders, and empiricists who are clearheaded slaves to “what works.”


Pooh Jonah is the helpless victim of those mean lying liars who cheat to win arguments instead of openly and honestly debating with him.


I started to notice that the [use of cliches] happens in writing, on TV, in books; people invoke these clichés as placeholders for arguments not won, ideas not fully understood. At the same time, the same sorts of people cavalierly denounce far more thought-out positions because they’re too “ideological.” Indeed, in America, we train people to be skeptical of ideology. College students in particular are quick to object with a certain gotcha tone: “That sounds like an ideological statement.”

Goldberg's method of argumentation is to set up a strawman using a conservative cliche, and then state that he is right and the strawman is wrong. Let's revisit Goldberg's recent Piers Morgan interview to see a perfect example of this brilliant bit of argumentation.

GOLDBERG: Let's talk about politicizing [Obama's Osama Bin Laden ad]. Forget the ad for a second. In Barack Obama's State of the Union address, what he does is he goes out before the American people and he says, you know what would be fantastic?

You know those Navy SEALs, they weren't Democrats and Republicans. They were just doing what was best for America. Wouldn't that be a great country if all of you Americans were just like that? You followed orders, you marched in step and you followed my agenda. That is one of the sort of central cliches I talk about in the book, by the way. It's the moral equivalent of [war] --

Goldberg swallows whole the conservative lie, used as a weapon to grab power and money, that liberals are socialist and burps out a book calling liberals fascists. He then emits another gassy cloud book that states that Obama rules as a fascist dictator, and since Obama is a fascist dictator he uses cliches such as "the moral equivalent of war" to get his own way. Sure, Obama didn't actually use the cliche, but that is irrelevant because everyone knows that Obama would have used that cliche if it weren't for the fact that liberals are a big fat liar who pretends to be fair when they're really ideologues. Q.E.D.!

And this superior method of argumentation proves that liberals cheat in the war of ideas, and, much more importantly, are mean to Jonah Goldberg and unjustly criticizes his fact-based, intellectually brilliant books.

I don't think I have ever, in my life, heard somebody reject an argument solely on the grounds that it was ideological.

Ideological and stupid, sure, but not just ideological. The important part is the "stupid", which is where Jonah comes in.

Oh, those wild-eyed bigoted Liberals, all the time stupidly basing their actions on "what works"!

Basing your beliefs & actions on What Works is insanely ideological!

To be fair to Jonah, Whatever Works was a terrible movie. I think I liked Sour Grapes more, and I never thought I would be able to say that about anything.

You must admit Whatever Works is a great name for a Chick-flick movie. But it just didn't "work" with Arnold.

I started to notice that the [use of cliches]

It's amusing that the argument here involves Jonah insisting that simply being ideological is not bad: gotta make sure bullshit-slinging in itself is not frowned upon. Instead, liberals are lying about those things that could well be big lies for all Jonah cares. The fiends! Give me an honest liar.

They were just doing what was best for America. Wouldn't that be a great country if all of you Americans were just like that? You followed orders, you marched in step and you followed my agenda. That is one of the sort of central cliches I talk about in the book, by the way. It's the moral equivalent of [war] --

This may be a bridge too far for our Jonah. You don't have to be a liberal, or a genius, to know that what Obama meant was, not "you should all follow my plan," but, rather, "co-operation and teamwork, set apart from ideology, can bring great results."

A schoolchild can understand this. In his "interpretation," Jonah joins the ranks of the true idiots, cranks, and third-rate ideologues who either can't, or who think it's helping the cause to pretend they can't. In either case it's an embarrassment.

Well, there's an important difference between an argument that resorts to ideology one that resorts to cliches. A cliche is an expression that has been used so often that the meaning becomes readily understood without needing to read and interpret the actual phrasing anymore. An ideology, of course, is a whole big group of those expressions.

Man Jonah is the gift that just keeps on giving

He tried to claim that submissions to the Pulitzer Prize committee, of which there are thousands every year, counted as nominations for those prizes.

It was put on the jacket cover for his cliche book.

If he didn't exist, we would have to invent him for the lulz. And I hate that word.