The Day The Brain Stood Still 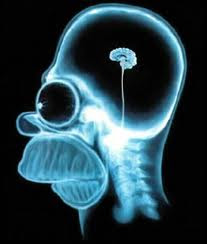 Johan Goldberg truly is the stupidest man alive. Douglas Feith must hand over his laurels at once.

Comrade Hitler: Man of the Left

October 30, 2010 12:40 P.M. By Jonah Goldberg
Norman Stone reviews Thomas Weber’s Hitler’s First War. It sounds like an amazing piece of scholarship. How is it possible that there’s any new archival material to discover about Hitler?

I’ve already ordered the book from Amazon. But this tidbit bears highlighting now:

Mr. Weber has discovered that, briefly at the turn of 1918-19, and unmentioned in “Mein Kampf,” Hitler wore a red brassard and supported the short-lived Bavarian Soviet Republic.

Well, if I ever do a new edition, that’ll have to go in there.

Goldberg takes a review of a book that explores Hitler's life around the first world war and twists it into something unrecognizable. The book sounds extremely interesting, both because it illuminates a lesser-known part of Hitler's life and because it reveals very important information on how dictators are born, but Goldberg skips over it all to look for the good stuff, like a 13-year-old with his first Playboy. He strip-mines the review for anything that he thinks will verify his view of Hitler and justify his abortion of a book but it's not like he has a choice. What else could the stupidest man alive do?

The description of Hitler's rise is very informative. Here is an excerpt from the Wall Street Journal review:

How did the young Hitler—diffident, gauche, without solid political convictions—turn into the fascist demagogue of 1922? There is no simple answer to this question, but "Hitler's First War" debunks some of the standard responses. Biographers have long assumed that the war marked a turning point: the comradeship of the trenches, the common soldier's hatred of the profiteers in the rear and the sense of betrayal with the peace made in 1918. Yet there was the nagging question of why the brave, decorated soldier of "Mein Kampf" was not promoted. Hitler served more or less for the whole of the war and never rose above the rank of corporal, which, given that he undoubtedly had leadership qualities, comes as a considerable surprise.

With some luck and a lot of diligence, Mr. Weber has discovered the missing documents of Hitler's war service, and it is fair to say that very little of Hitler's own account survives the discovery. There were indeed two Iron Crosses, but his regimental runner's job was not necessarily dangerous, and he lived in relative comfort at the regimental headquarters away from the front lines. Ordinary soldiers referred to such men as Etappenschweine ("rear pigs") —all armies have such a word: "cushy number" and "base wallah" are British examples. Officers had to dish out a quota of medals, and if you did not offend them they would just put your name on the list. Hitler was not, it appears, particularly courageous. He was just there. And, as it happens, a Jewish superior officer, Hugo Gutmann, recommended Hitler for his first Iron Cross. He was not thanked for this act in later life—though his fate, emigration to the United States, was greatly preferable to that of the old couple in Vienna.

There also wasn't much comradeship. When Hitler broke surface in politics, he asked his old comrades in the regiment for support and discovered that on the whole they had not liked him one bit. Men who had fought at the front in World War I were, moreover, not at all keen on staging a second war, and extraordinarily few of Hitler's old comrades went along with Nazism. Most supported the Weimar Republic. Mr. Weber's research shows that it's not really possible to connect the brutalization of men in the trenches to the birth of National Socialism.

Hitler evidently was an unlikeable opportunist. After seeing Glenn Beck and Rush Limbaugh in operation I suspect that it is the message, not the messenger, that hypnotizes the crowd. And that means anyone can gain a tremendous amount of power, as long as he also has a bottomless well of hate.
Posted by Susan of Texas at 12:08 PM

You have to remember that Jonah is looking for the connection between National Socialism and Communism; since in his bird brain focus, both are the same thing just with different names.

Goldberg thinks this gives him the same intellectual argument as Althouse's contention that Republicans were the party of Lincoln. On those rare occasions when they deal with facts, they use the ones with the least heft.
Makes them easier to swing or something.

The entire foundation of Loadpant's claim that Liberals=Fascists is based on the single word "socialist", which he never actually looked up in a dictionary. He claims:

"Therefore all Liberals are Fascists.

And he thinks that is a clever, intelligent "argument". Jeezez.

Since he makes me nauseous and headachy, Doughy must be an elevator.

"Wore a red brassard"? You mean like the one that's universally associated with Nazi party members?

Is Jonah trying to suggest that Communism has a patent on the color red? The guards at Buckingham Palace might have a thing or two to say about that.

The problem with a red brassard isn't that its red, its that brassard sounds kinda french.

What's especially funny about Loadpants is that he thinks of himself as a scholar, when his career is an ongoing parasitical parody of scholarship.

I suspect that he's just confused--he thought brassard was a metal polish.

I also understood that Hitler was known as a "white crow" by his fellow soldiers in the first World War, because of his fanatical support for the war, when the rest of them had had enough of the war, and just wanted peace. That was one reason he was disliked by his comrades in arms.

"Johan Goldberg truly is the stupidest man alive. Douglas Feith must hand over his laurels at once."
A critical difference is that Feith was "responsible" for manufacturing fake "intelligence" in order to create a reason for war where none otherwise existed. Goldberg is merely responsible for wanking over the pages of the _LA Times_, a paper desperately trying to live down to the infamy of it's founding days.

Jonah only reads Playboy for the Hitler references.