Why Do Journalists Lie? 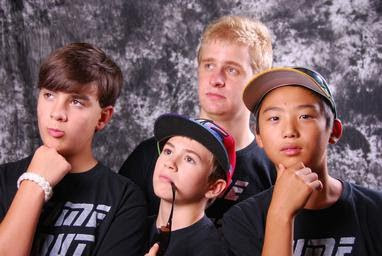 
Let's see what the Serious People are up to today. They are always ready to lend a helping hand to their fellow Americans by giving them the very best advice, which we all know will be smart and moderate because they have deep and thinky minds that have been educated by the very best Institutions of Higher Learning and Networking.

So what has Megan McArdle been thinking about?

Why Do Politicians Lie?

Thomas Friedman thinks only a third party can save us:

Gosh, that is so moderate and reasonable! Obviously we have to do something about all those lazy, stupid teachers without worrying about their American right to organize to protect themselves from the scary, eeeeeevil government regulations. And we must be considerate to the nice Wall Street people holding out money to us and waving it in our faces. If people want jobs then of course we must give more money to oil and gas companies, refineries, strip miners, insurance companies and drug companies. Handing over even more middle class money to the rich is just the sensible thing to do.

We need a third party on the stage of the next presidential debate to look Americans in the eye and say: "These two parties are lying to you. They can't tell you the truth because they are each trapped in decades of special interests. I am not going to tell you what you want to hear. I am going to tell you what you need to hear if we want to be the world's leaders, not the new Romans."

So what does our Savvy Tribe princess think of Mr. Friedman's moderate and sensible ideas?

To me, the most parsimonious story is not that politicians are lying because they are in hock to special interests--after all, their job is to appease the 200 million special interests in the electorate.

Because when someone decides to run for office and needs money, he asks 200 million people to give him a dollar each, instead of asking two hundred people to give him a million each. Also, bank robbers steal one dollar from hundreds of houses instead of hundreds of dollars from one house. And you want to do thousands of favors when you're appeasing Mr. and Mrs. Special Interest instead of just letting a corporation write legislation and hand over a couple of million. Politicians are just like Tom Sawyer and will paint your fence for a kite or a dead rat on a string!

Rather, I think that politicians lie because lying works; the guy who wins is often the guy who can tell the best lies. If you can generate an intuitively compelling, but empirically false, story about how you are going to deliver sumptuous goodies to the voters without costing them anything, you may well have a good shot at elected office.

Does McArdle really believe that everyone but she is so stupid that they don't realize goods and services must be paid for? (And does she realize that she promises sumptuous goodies of economic knowledge without costing the reader anything? Or giving them anything?)

That's why Republicans claim to absurdly high growth effects from supply-side tax cuts, and why Democrats promised that health care reform won't result in any changes voters don't like, unless those voters happen to be "rich".

Republicans are just as bad as Democrats, especially when you make stuff up. Not that McArdle has to make up stuff about Democrats, but she likes it when they give away money to the upper class. And somehow rich has become "rich," since there is no way of telling who is rich and who isn't in these difficult economic times when a person can hardly afford servants, private schools, and million dollar houses.

For a third party to succeed, it too would have to tell wild lies about something. Like, say, that the only thing standing between Americans and more effective government is the lack of a third party.

It's not that I'm against third parties, mind you. It's just that when I look at multiparty states elsewhere, I can't say that they look noticeably more honest than our two-party system. A third party might be an improvement over the ones we've got.

Say, doesn't McArdle belong to a third party? Is she finally admitting that their whole Libertarian movement is filled with lying, self-deluded hacks just out to make a quick buck?

But I doubt it would get into office by telling us the truth: that solving our problems is going to mean hefty tax increases or unpleasant spending cuts, or both. American voters seem to like being lied to.

No, they're just used to it. That's why nobody bats an eye anymore when the richest people in the country tell the newly poor that they must sacrifice for the greater good. Tax increases on the middle class and fewer services for the poor, so the rich don't have to suffer the indignity of tax increase on their massive wealth.

*My apologies to the cute kids for substituting them for Reason's staff.
Posted by Susan of Texas at 8:20 AM

If you can generate an intuitively compelling, but empirically false, story about how you are going to deliver sumptuous goodies to the voters without costing them anything, you may well have a good shot at elected office.

Or a writing gig at The Atlantic.

I've seen commenters say that McCurdle's posts "make them sick" or elicit other physiological responses, and I've always thought it was hyperbole. But this time, her unique combination of larky self-satisfaction, bad faith, disingenuousness, and smug self-centeredness really got to me. I just stared at these quotes and got heartsick.

Sorry, Susan. My amusingly-contemptuous breaker blew. Everybody go on with out me. I'll be fine.

Mr Wonderful I couldn't agree more. I've always saluted Susan for her iron constitution in this matter. Because every now and then I read McCardle and I'm so ashamed for her that I actually feel sick to my stomach, as though I've had to stand helplessly by and watch someone go mad on the open road and tear her clothes off and walk naked, screaming obscenities and crying "I'm the Queen of France."

Reading McCardle is a truly depressing thing. She makes me ashamed to be human. She's the lowest common denominator, morally speaking, among bipeds.

Still, she's not a bonobo.

In a few years she'll be kicked to the curb, and a new, younger hipper ArgleBargle will be hired to spread the huge, 1000lb bags of ill-informed, smug, patronizing lies across the internet.

Bourgeois as an insult was conceived exactly for people like Megan.