But We Have Low Taxes

The lion’s share of negative vibe in Dealey Plaza, however, isn’t generated by happenstance or traffic accidents. It comes from the fact that the place is in such a miserable state of disrepair that it amounts to a disgrace for the city of Dallas, the state of Texas, and the United States of America.

I live in Los Angeles. In what’s called the slums of Beverly Hills. But what I’m about to say goes for virtually everywhere in Los Angeles. There is more attention paid to the grounds keeping and upkeep and beautification of EVERY apartment building on my street, every street in my neighborhood, and just about every building, house, park, intersection, center divider or median strip, car wash, parking lot, and public restroom than there is at the site of the assassination of the 35th president of the United States.

Paint is chipping badly. Rust stains are everywhere. The grass is trodden over, smashed down to dirt and mud under the feet of visitors. Graffiti covers key components of this historical site including the picket fence behind the Grassy Knoll where some say a second shooter may have fired shots at the president’s motorcade.

The first thing I noticed about Texas when I moved here as a kid was the ugliness of the public spaces compared to San Diego. But Mr. Barnat is unfair; one place, at least, is expensively cared for. 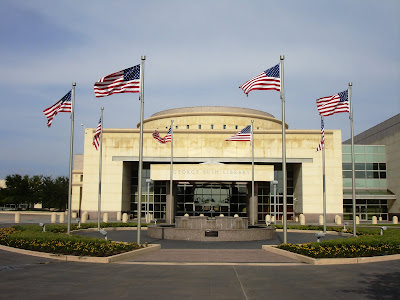 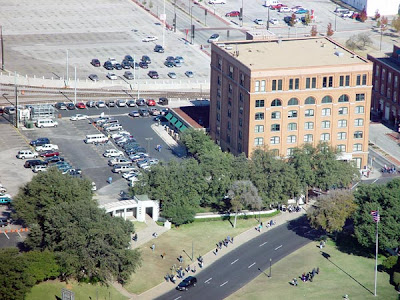 I had to click all the way through to find out the thing that was even worse than the disrepair:

It is OUTRAGEOUS that the city of Dallas, the state of Texas, or the federal government of the United States, hasn’t as yet sealed off Dealey Plaza to car traffic and turned it into the historical mall that it should be.

I guess it goes without saying that if a Republican president had been shot there, things would be different.

Texas ought to be a warning to the entire country about what happens when you let Republicans run things.
~

Wait. You're from San Diego? How come I didn't know this?

I lived there for three years after my father died but I was born in Mountain View. (like Google)

A Northern Californian by birth? Much is explained.