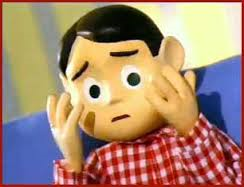 Oh, Davy Brooks. You mean well (for yourself) but it's not easy for a soulless monster to fit into society.

You look around and try to figure out how that "feelings" thing works. You read lots of books and studies that explain what people do, why they do it, and what they think when they do that voodoo that they do. You try to understand why wives yell at and insult you when you try to cheat on them.

But it's never enough. The empty vessel is repeatedly filled up but it's not exactly a vessel, is it? It's a colander. 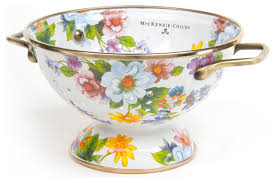 An expensive, super-fancy colander, but an empty bowl filled with holes nonetheless.


The voters have spoken.


Isn't Davy a voter too? It's not a good sign when the first sentence sets up a distance between Americans and the real people, the elite.


In convincing fashion, Republican voters seem to be selecting Donald Trump as their nominee. And in a democracy, victory has legitimacy to it. Voters are rarely wise but are usually sensible. They understand their own problems.

And so deference is generally paid to the candidate who wins.


It's called an "election" and yes, whoever wins, wins, unless Republicans can find a way to overturn that win as they did with Bush v. Gore. Obviously Brooks expects only the Republican Party elite to pick the president, not the rest of the idiots voters.


And deference is being paid. Gov. Rick Scott of Florida is urging Republicans to coalesce around Trump. Pundits are coming out with their “What We Can Learn” commentaries. Those commentaries are built on a hidden respect for the outcome, that this is a rejection of a Republicanism that wasn’t working and it points in some better direction.

The commentaries went right out and said that the voters were too stupid to pick their own leader and that they, the elite, had no intention whatsoever of letting them. That isn't respect, that's a deep, fundamental contempt for both them and America, which supposedly is superior because it is a democracy and the home of the free.


The question is: Should deference be paid to this victor? Should we bow down to the judgment of these voters?

David Brooks assumes that democracy is something he can bestow on the populace when they do what they are told and that he can take it away when they are disobedient. He thinks he would have to humble himself to let the peons pick their own leader. He'd have to bow down before someone he thinks is vastly inferior.

Worse of all, Trump destroys the illusion of scholarship and good governance in the Republican Party. Brooks can't pretend that Cato and AEI are bastions of intellectual policy-making when Trump is the head of the party. Brooks can't tell himself that Republicans aren't racists or phobics or authoritarian weaklings. Brooks can't lie to himself or anyone else anymore.

Well, some respect is in order. Trump voters are a coalition of the dispossessed. They have suffered lost jobs, lost wages, lost dreams. The American system is not working for them, so naturally they are looking for something else.

No, Davy. You have done everything in your power to ensure those lost jobs, wages, and dreams. You did everything you could to keep the con running as long as possible to please your paymasters. And you used all of that power to drown out liberal truth-telling.

Moreover, many in the media, especially me, did not understand how they would express their alienation. We expected Trump to fizzle because we were not socially intermingled with his supporters and did not listen carefully enough. For me, it’s a lesson that I have to change the way I do my job if I’m going to report accurately on this country.

Shit, now David Brooks is going to show up in the all-minority suburban dead-end neighborhoods  surrounding my city, makin' it real with the little people and learning of their mysterious ways. Thanks a lot, Trump.

Davy still wants to tell us that the problem with the poors is that the elite don't see them and therefore accidently-deliberately impoverish them, militarized the police, cast a web of security and surveillance over everything we do, and took total control over the monetary system down to the last penny. Screw you, Davy.

And yet reality is reality.

Donald Trump is epically unprepared to be president. He has no realistic policies, no advisers, no capacity to learn. His vast narcissism makes him a closed fortress. He doesn’t know what he doesn’t know and he’s uninterested in finding out. He insults the office Abraham Lincoln once occupied by running for it with less preparation than most of us would undertake to buy a sofa.

This is the reality. We, the poor, are going to tear this whole structure down and remake it so we can have a dignified life. Either help, get out of the way, or be ready to fight.

If we don't, Trump will be the least of our worries. The climate, the Middle East, the economy, will all worsen and maybe the next guy won't be a reality star with Kruggerands for brains and life-time supply of Viagra. Maybe he'll be the death of us all.

Trump is perhaps the most dishonest person to run for high office in our lifetimes. All politicians stretch the truth, but Trump has a steady obliviousness to accuracy.

This week, the Politico reporters Daniel Lippman, Darren Samuelsohn and Isaac Arnsdorf fact-checked 4.6 hours of Trump speeches and press conferences. They found more than five dozen untrue statements, or one every five minutes.

It's a shame that Republicans told their voters for decades that they don't have to worry their little brains about science, facts or logic. Now they can't think and Davy wants to blame Trump.

“His remarks represent an extraordinary mix of inaccurate claims about domestic and foreign policy and personal and professional boasts that rarely measure up when checked against primary sources,” they wrote.


He is a childish man running for a job that requires maturity. He is an insecure boasting little boy whose desires were somehow arrested at age 12. He surrounds himself with sycophants. “You can always tell when the king is here,” Trump’s butler told Jason Horowitz in a recent Times profile. He brags incessantly about his alleged prowess, like how far he can hit a golf ball. “Do I hit it long? Is Trump strong?” he asks.

Rubio looks like his mother constantly yanks his thumb out of his mouth. The Reagans pretended they were the Windsors. Clinton's e-mails were most notable for the sycophancy of their senders.

In some rare cases, political victors do not deserve our respect. George Wallace won elections, but to endorse those outcomes would be a moral failure.

He wants so very desperately to pretend that his party (and he) care about anything but keeping the poor as far away from them as humanly possible, especially if they are a scary minority. But I repeat myself.

And so it is with Trump.

History is a long record of men like him temporarily rising, stretching back to biblical times. Psalm 73 describes them: “Therefore pride is their necklace; they clothe themselves with violence. … They scoff, and speak with malice; with arrogance they threaten oppression. Their mouths lay claim to heaven, and their tongues take possession of the earth. Therefore their people turn to them and drink up waters in abundance.”

And yet their success is fragile: “Surely you place them on slippery ground; you cast them down to ruin. How suddenly they are destroyed.”

The Bible, Davy? Do you really think waving the Bible around is going to get people to hate Trump? Hasn't it dawned on you that this was how you got in this fix in the first place?

The psalmist reminds us that the proper thing to do in the face of demagogy is to go the other way — to make an extra effort to put on decency, graciousness, patience and humility, to seek a purity of heart that is stable and everlasting.


Tell that to all the people we killed just in my lifetime. Good god! They wash our planet in blood and expect everyone to agree with their homicidal delusions. No, Davy, you are not decent or gracious or patient or humble. You are a monster.

The Republicans who coalesce around Trump are making a political error. They are selling their integrity for a candidate who will probably lose. About 60 percent of Americans disapprove of him, and that number has been steady since he began his campaign.


You have no integrity. You're Republicans.


Worse, there are certain standards more important than one year’s election. There are certain codes that if you betray them, you suffer something much worse than a political defeat.


Donald Trump is an affront to basic standards of honesty, virtue and citizenship. He pollutes the atmosphere in which our children are raised. He has already shredded the unspoken rules of political civility that make conversation possible. In his savage regime, public life is just a dog-eat-dog war of all against all.


Welcome to our world, Princess.


As the founders would have understood, he is a threat to the long and glorious experiment of American self-government. He is precisely the kind of scapegoating, promise-making, fear-driving and deceiving demagogue they feared.


In other words, he's a Republican.

Trump’s supporters deserve respect. They are left out of this economy. But Trump himself? No, not Trump, not ever.

I am really going to enjoy watching Davy Brooks kiss Trump's ass to get on the good side of people who intend to use their new-found discovery of the poor's existence to leverage their careers.
Posted by Susan of Texas at 1:30 PM

Brooks has to be freaking out a little right now. He doesn't handle change well.

I like
"The psalmist reminds us that the proper thing to do in the face of demagogy is to go the other way — to make an extra effort to put on decency, graciousness, patience and humility, to seek a purity of heart that is stable and everlasting.

Tell that to all the people we killed just in my lifetime. Good god! They wash our planet in blood and expect everyone to agree with their homicidal delusions. No, Davy, you are not decent or gracious or patient or humble. You are a monster."

They are monsters, monsters surprised that another monster has come along.

Should we bow down to the judgment of these voters?
"We"? Brooks seems to be speaking here as the official voice of the Republican party. Isn't he supposed to conceal that a little better?

This week, the Politico reporters Daniel Lippman, Darren Samuelsohn and Isaac Arnsdorf fact-checked 4.6 hours of Trump speeches and press conferences. They found more than five dozen untrue statements, or one every five minutes.
The crucial point of Brooks' complaint is that Trump made up the lies himself, improvising them, they just fall out when he opens his cake-hole, which makes them the equivalent of unregistered immigrants. He has not obtained them through approved Lie-Stovepipe channels like the AEI.

Based on what Maureen Dowd let slip, Brooks does seem to think he is the official voice of the Republican party. http://yastreblyansky.blogspot.com/2016/03/cheap-shots-we-know-where-you-work.html