Passing On The Messages 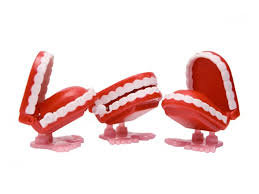 Megan McArdle's latest post is relentlessly uninteresting but there are couple of things I'd like to point out.

She discusses a cash-less society and says that it might be this but will probably be that, but let's skip her mental meanderings and pull out a few quotes.

Remember when McArdle said her mother came from humble dairy farmer stock and didn't have a plastic bag to protect her shoes or a pot to piss in despite her grandfather's top-ten-percent income?


(My grandfather, a survivor of the Great Depression, adopted in his latter years the habit of stashing piles of cash around the house, just in case. My grandmother almost gave $10,000 to the church rummage sale, saved only by a last-minute decision to wash out the ancient teapot in which he had tucked the cash.)

Imagine not missing $10,000 in income. Most of us will be spending our golden years counting out the days until our next social security check. No wonder McArdle is frothing at the mouth to eliminate her Social Security and Medicare taxes.


The big loser in this race: any hope of reforming entitlements before they come to a screeching crisis.
— Megan McArdle (@asymmetricinfo) March 16, 2016

McArdle is mostly concerned with how anything will affect her.


There’s a lot to like about the idea of a cashless society, starting with its effect on crime. The payoff to mugging people or snatching their bags has already declined dramatically, simply because fewer and fewer people are carrying cash around. I myself almost never have any of the stuff on hand.

I guess she quietly abandoned the Dave Ramsey method of using cash instead of cards and credit. Nobody cares but it would have been an interesting economic lesson, if this were anyone but McArdle.


Now consider what might happen if the government made a mistake. When I was just starting out as a journalist, the State of New York swooped down and seized all the money out of one of my bank accounts. It turned out -- much later, after a series of telephone calls -- that they had lost my tax return for the year that I had resided in both Illinois and New York, discovered income on my federal tax return that had not appeared on my New York State tax return, sent some letters to that effect to an old address I hadn’t lived at for some time, and neatly lifted all the money out of my bank. It took months to get it back.

Going by past history, McArdle probably messed up her paperwork and didn't bother to forward her mail.


I didn’t starve, merely fretted. In our world of cash, friends and family can help out someone in a situation like that.


In a cashless society, the government might intercept any transaction in which someone tried to lend money to the accused.

As a punchline to her anecdote, that statement is idiotic. Otherwise, yes, the government will use the financial industry to manipulate citizens as they always have and so will businesses.


Unmonitored resources like cash create opportunities for criminals. But they also create a sort of cushion between ordinary people and a government with extraordinary powers. Removing that cushion leaves people who aren’t criminals vulnerable to intrusion into every remote corner of their lives. We probably won’t notice how much this power grows every time we swipe a card instead of paying cash. The danger is that by the time we do notice, it will be too late. If we want to move toward a cashless society -- and apparently we do -- then we also need to think seriously about limiting the ability of the government to use the payments system as an instrument to control the behavior of its citizens.

Of course the government wants to use money to control its citizens. So does McArdle. She just thinks the rules and her recommendations should only apply to the lower classes, not to her. They should watch every dollar; she can charge and debit. The poor should have their every penny counted so they can't steal from solid citizens like McArdle, serial liar and deceiver, but laws might infringe on people giving McArdle money, which cannot be tolerated.

I hate the idea of a cashless society for some of the reasons McArdle mentions and many others but  "Koch" McArdle is primarily concerned with maximizing personal freedom and pursuit of wealth for herself and her benefactors. With all that's going on in the world right now I have to wonder if someone wound her up and set her teeth to chattering.
Posted by Susan of Texas at 9:26 AM

But our society has been reshaped to benefit people like Meegan. And it looks like that will continue.
~

I'm very curious to see how the Democratic elite handle this metamorphosis. So far they are looking around with scientific curiosity at the idea of poor Democrats and it would be nice to nip that in the bud before the rationalization started.

A woman's work is never done.

Here in the civilized side of the country where pot is legal, you have to use cash to buy it from the perfectly legal retailers because those retailers can't use VISA/Mastercard/Whatever machines, and those retailers can't even deposit that cash in banks. All because of the intersection between federal banking rules and the federal laws against pot and other "criminal" transactions.

Not that McMegan would care about that, since it's one of those silly unimportant freedoms that she doesn't actually need.

OBS: I see the creation of "shadow banks". The Feds'l love that!

As opposed to what? Future history?

Ah, I love right wingers unconstrained by what they've said in the past. Federal debt doesn't matter; it does matter. War on Iraq is good; war on Iraq is bad; turns out war in Iraq was good. I especially love Megan.
http://www.theatlantic.com/business/archive/2009/11/forgive-us-our-debts/30391/
Hysterical. Do you think she has the faintest recollection about writing this? I don't.