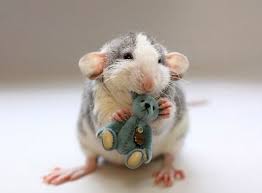 He had it coming.

But McArdle has different views of protesters depending on their political alliance. She squeals when others used invective against her side and is gleeful when she used invective against the other side. She hates liberal protesters. However, conservative protesters who want to carry guns at health care townhalls and violent Tea Party protesters are just defending freedom. And the enemy of her enemy can be used to attack her enemy, which is why she is now indignant that Trump's followers attacked a liberal protester.

It's really incredible, when you think about it. We are so accustomed to conservative hypocrisy that we seldom stop and marvel at how blatantly brazen they have become.


He said he didn’t condone the violence that had taken place at his rallies, and then, when confronted with his own words suggesting violence against protesters, suggested -- in suitably subdued tones -- that, well, they deserved it.


They declined to attack him even on questions that should have been obvious gimmes, like, “Should Donald Trump be calling for people to attack protesters at his rallies?”

Thanks to people like McArdle who normalize violence against protesters and everyone else considered an enemy, the Republican party is a lot more callous about violence. The right has been using violence to engage the base for decades. The audiences are primed and ready to be pumped. They can't wait to finally get a chance to act when they have only been able to talk up a big assassination and elimination game.


This capitulation [to Trump] is neither morally acceptable, nor likely to work. And yet, I can’t help but feel sorry for Republicans facing an impossible choice. Trump’s outrages have a certain hydra-like quality to them: hack away at one of the heads, and it simply grows back twice as strong. No one knows quite what to say that will convince Trump’s supporters that they really ought to be concerned about things like his praise for the Tiananmen Square massacre, or the exhortations to pummel his hecklers, much less his comparatively minor offenses against the truth.

Violence is fine as long as you control it, not somebody else. The elite was able to control the violence it stoked but now Trump has stolen that power out from under them, the power of his fans' votes and the power of their violence. If our McArdle-eque elite don't own the violence they are susceptible to it and the last thing the powerful ever want to feel is powerless.
Posted by Susan of Texas at 12:07 PM

Bingo.
Without realizing it, Chunky Reese Witherspoon confesses it today:

"The less-than-democratic side of party nominations is a virtue of our system, not a flaw, and it has often been a necessary check on the passions (Trumpian or otherwise) that mass democracy constantly threatens to unleash."

There you have it. To the authoritarian, democracy simply 'unleashes' forces he cannot control, and they are all bad - whether it is gay marriage, women's rights or Iraq war protests. Or Trump.

I am Ross Douthat. Hear me squeak. I want power without the effort to go get it and Trump is taking that away from me.

They are always afraid of the mob. It's their greatest weakness and I'm sure Trump's as well.