Let me state the obvious, which we all know, one more time.

Nancy Pelosi is onside with this (or she wouldn’t have forcefully scheduled a vote for the lame duck session.)

The Democrats most of us supported in 08 intend to gut Social Security.

Betrayal: the most bitter sauce.

But why shouldn’t they betray us? No matter what they do, most folks say “well, the Republicans are worse”. All it requires is that Democrats beat ordinary people with canes instead of chains.

They’re not the suckers.

It's what the ruling class does; hire a member of the group they're trying to destroy to betray that group. We are so easily led that anyone who claims to belong to our tribe can walk right up to us and stab us in the gut.

But to make this perfectly clear, let's think of this as a Little Golden Book. 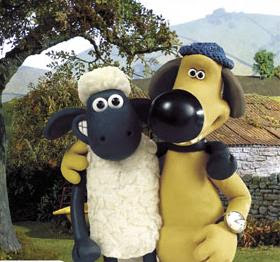 This is a sheep. His name is, oh, Sam. He is posing for this picture with his Congressman, Sen. Dog. Sam is very happy and proud to have his picture taken with Sen. Dog. Sen. Dog is very happy to listen to Sam and help him in his hour of need. They are good friends. 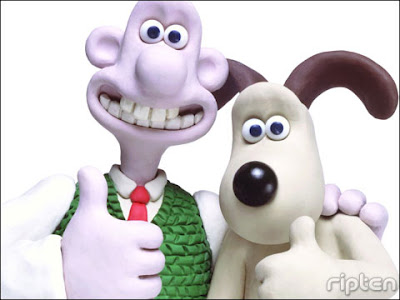 This is Sen. Dog with his owner, Mr. Farmer. Sam the Sheep doesn't think much about Mr. Farmer because Sen. Dog is the one that Sam always sees, protecting the flock of sheep from predators. Mr. Farmer doesn't give orders to Sam. He's too busy running the farm. That's what Sen. Dog is for. Sam and the rest of the sheep are very happy with the arrangement. They spend all their time trying to please Sen. Dog so he protects them and give them what they need. 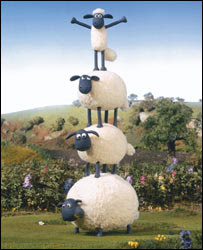 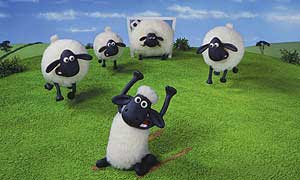 Save us, Sen. Dog! We voted for you! You promised to protect us!

Poor, poor sheep. They thought Sen. Dog worked for them, when all the time he worked for the farmer. Oh, well. There are always more sheep.

We can always eat the farmer in his sleep.

Wallace is way better than our real ruling class.

Well, someone a while back wrote an article pointing out that really it's not about left vs. right any more. It's about the plutonomy vs.the rest of us.

Essentially, the political class of both parties and the plutocrats are one and the same--and therefore they will act to protect their interests, and never mind the welfare of the American public. (This all becomes obvious as more and more billionaires--i.e., Meg Whitman--use their own money to buy themselves elective offices.)

Trouble is, most people haven't figured this out yet...and the political class isn't about to wise them up. Better to have the rubes think they're still on "their" side...

People have figured it out, I think, but what to do? Difficult to join together when 27% are brainwashed to believe the RICH are the victims of genuinely weak and powerless: the poor, elderly, gays, minorities, etc.

Fox & the Corporate Media have been preaching this sermon for decades: The powerless White People must attack the even less powerful; and then everything will be Back To Normal.

How to fight this? It can be done, I'm sure. If it weren't possible for Americans to join together and Throw The Bums Out, the Rich wouldn't be working so hard thru their surrogates like Megan & Beck & Brooks, to divide us.

9/11 was a wonderful opportunity to bring Us together: everyone wanted to put up a Flag. I don't think it was mindless sheepiness: we were showing our willingness to stand together. Look how quickly the Media -specially Fox- worked to breaks Us apart AND to make sure that if there is another such attack, Americans will respond by blaming one another.

We need a leader. A couple of good leaders.

You know, I don't think the majority of Americans pay much attention at all to politics and governance. They're all caught up in their jobs and paying their bills and what sort of trouble their kids have gotten into. What's happening in Washington just doesn't appear on their radar.

A democracy can hardly thrive if its inhabitants are too busy to look after it properly.

I get more depressed by the day now. :-(

(& btw, KWillow, thank you for your kind offer of help :-) but I'm doing okay, all things considered. & one of these days, I'll sort out my blogger ID so I won't be anonymous any longer.)