Thousands upon thousands of well-paying jobs as half-assed hack writers and media pundits. Jobs that pay for very nice middle class lives, the kind that are disappearing by the thousands. You can have a nice little house. 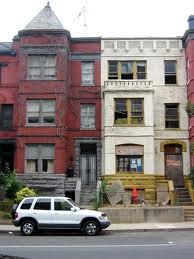 Isn't it charming? Don't you wish you could afford it?

You can afford adorable little cars. 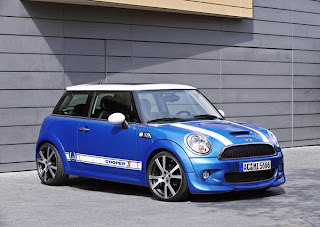 And all you have to do is what you would do anyway-comfort the comfortable and afflict the afflicted! You'll go on tv and make lots of money and have wonderful things, and best of all you'll know that everything you have is due entirely to your own specialness, your inherent beauty and brains and, well, sheer class! You're no common whore, you're an Audrey Hepburn whore, Holly Golightly, who goes lightly from restaurant to plane to tv studio to your homey little pied-a-terre in the heart of a nearly fashionable area of DC. And while you enjoy the spoils of your labor you can rest assured that you need never feel guilty or responsible, since everybody says the poor are that way because they are lazy and immoral and, frankly, smelly.

My God, isn't life wonderful?
Posted by Susan of Texas at 1:45 PM

says the poor are that way because they are lazy and immoral and, frankly, smelly.

I still think fondly of the scene in Time Bandits in which John Cleese, playing Robin Hood as a socialite do-gooder, says to someone something like, "Have you met them? The Poor? Oh, you must!"

And then moves down a line of the poor assembled like school children for the Queen's formal visit. "And what do you do?"

Ken, the only drawback is that you would have to socialize with Jonah Goldberg and K-Lo and the rest. I think we get the better deal even though it's irksome to see people being paid well for crap.

Time Bandits was great, for so many reasons. Heh, Michael Palin and Shelley Duvall as Doomed Lovers Throughout The Ages.

Ken, the only drawback is that you would have to socialize with Jonah Goldberg and K-Lo and the rest.

Ultimately, the catch is this: As a pundit, you can avoid even the most onerous of your contemporaries, but the worst one in the crowd will always be you. We only have to put up with McArdle for a few hours a week tops, but she has to be McArdle all day, every day. Think about that. She may be in a position of exceptional privilege - a position thousands of bloggers would kill to have - and yet she's still not satisfied. It's not enough. Greed is truly a self-punishing sin.