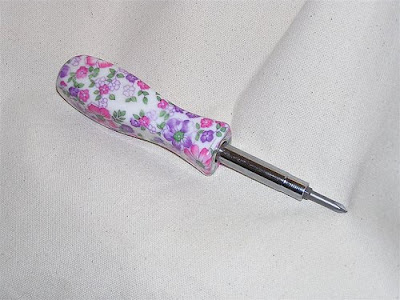 This is a tool. It is specially made to be attractive to those who are not familiar with tools. It is used to screw things.(from)

Megan McArdle tells us that Ireland isn't so bad off after all, no matter how bad its economy seems.

Today's New York Times article on the Irish economy makes for depressing reading. Despite swift moves for wage cuts and other austerity measures (backed by the unions, no less), the deficit is almost 15% of GDP, and the spread between Irish and German debt is about 300 basis points. Unemployment is high, and long-term unemployment makes up a significant portion of the problem.

Ireland, in truth, has been something like a region of the US economy that had privileged access to European Union markets. In the 1990s, with help from a friendly White House deeply involved in the Northern ‘peace process’, we got rich by selling Intel chips, Dell laptops and Viagra tablets to our EU partners, while still benefitting from EU funds to improve our infrastructure. When that boom levelled out after 2001 we could still thrive on the new sources of cheap labour that the EU’s expansion to the east has offered. Dublin parishes offer masses in Polish; fishy Baltic delicacies hide behind obscure shopfronts; in some pubs vodka is more popular than Guinness. But much of the growth in this latter period, and much of the employment for our eastern friends, was fuelled by a mad property bubble, which saw government, developers and banks collude in a conspiracy that clearly bordered on criminal, and occasionally seems to have crossed the border, in order to build houses, apartments and offices that may never be occupied. Financial “innovation” also played its part: Dublin, with its low and lax approaches to taxation and regulation, became home, at least nominally to nearly a third of the world’s hedge funds.

Fortunes were made, to be sure: it was not unusual to see a house increase by five-fold in price in the space of seven or eight years. But now that the bubble has burst, the most criminal of the banks--Anglo-Irish Bank, which became a Ponzi-like scheme for a golden circle of developers who benefited from all sorts of state patronage and tax breaks--has become property of the State, and billions of public euro have been poured into the larger banks to keep them afloat. This week we learned that Anglo-Irish made “loans” totalling 300 million euro ($380 million) to its friends last year in return for the recipients buying shares in the bank to prop up its share-price. It’s not exactly a conspiracy that will restore faith in the cleverness of our ruling elites, since the share-price nonetheless slid quickly into oblivion. But hey, it wasn’t exactly risky: no one is going to being chased for the money, and now we all own the bank.

In other words, libertarian heaven. 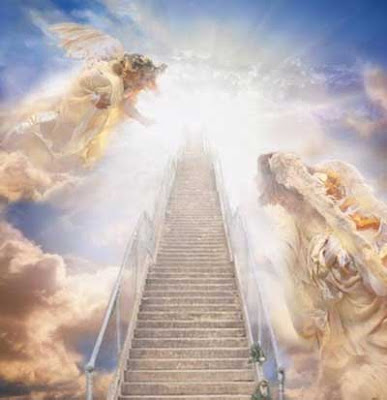 McArdle has a dilemma. She can accept the facts-a bloated financial industry, low corporate taxes and tax cuts, and cheap credit all lead to disaster. Or she can reject the facts for a more congenial reality.

Well, for starters, we don't know that the results have been pretty horrific.

It's rejection for the win!

What we know is that financial crises are pretty horrific, and that Ireland, for a number of reasons, was especially vulnerable to crisis. (Small economy, no independent monetary policy, highly export dependent . . . the list goes on).

Saying that "the results have been horrific" implies that we know the alternative, in the form of even higher debt, would not have been even worse. That is certainly the dominant macroeconomic theory, but that theory hardly rises to the second law of thermodynamics.

I am rather reminded of Ken Rogoff's infamous Open Letter to Joseph Stiglitz, when Stiglitz wondered why everyone had all this wrongheaded insistence on austerity:[snipped quote]. Rogoff is quoted in the article, but the author rather glosses his point: If Ireland hadn't done the austerity budget, it might now be more like Greece--in danger of default without massive intervention from the rest of the European Union. Intervention that might well not be forthcoming, if it became clear that too many countries were going to require it.

So the solution for the financial sector's rape and pillage is for the worker to suffer "austerity," the new word for poverty. How's that working out for Ireland?

Nearly two years ago, an economic collapse forced Ireland to cut public spending and raise taxes, the type of austerity measures that financial markets are now pressing on most advanced industrial nations.

“When our public finance situation blew wide open, the dominant consideration was ensuring that there was international investor confidence in Ireland so we could continue to borrow,” said Alan Barrett, chief economist at the Economic and Social Research Institute of Ireland. “A lot of the argument was, ‘Let’s get this over with quickly.’ ”

Rather than being rewarded for its actions, though, Ireland is being penalized. Its downturn has certainly been sharper than if the government had spent more to keep people working. Lacking stimulus money, the Irish economy shrank 7.1 percent last year and remains in recession.

Joblessness in this country of 4.5 million is above 13 percent, and the ranks of the long-term unemployed — those out of work for a year or more — have more than doubled, to 5.3 percent.

Now, the Irish are being warned of more pain to come.

“The facts are that there is no easy way to cut deficits,” Prime Minister Brian Cowen said in an interview. “Those who claim there’s an easier way or a soft option — that’s not the real world.”

Despite its strenuous efforts, Ireland has been thrust into the same ignominious category as Portugal, Italy, Greece and Spain. It now pays a hefty three percentage points more than Germany on its benchmark bonds, in part because investors fear that the austerity program, by retarding growth and so far failing to reduce borrowing, will make it harder for Dublin to pay its bills rather than easier.

Other European nations, including Britain and Germany, are following Ireland’s lead, arguing that the only way to restore growth is to convince investors and their own people that government borrowing will shrink.

In the wake of austerity's lack of success, McArdle advocates---austerity! That's why she's paid the big bucks; she's a Big Thinker.

Austerity is an expensive form of insurance against a true fiscal crisis. And though it doesn't necessarily seem like it when you're not having one, fiscal crises are much, much worse than austerity budgets. Fiscal crisis means that rather than unpleasant cuts, you have sudden, unmanageable collapses in things like public pension plans. The resulting suffering is not unpleasant; it is disastrous.

Because if you don't cut spending to make up for cutting taxes and regulations, you know what will happen?

A year or two ago, I'm sure some corporate executive at BP was asking why the company would consider installing expensive remote control valves on its offshore rigs, when this sort of spill is extremely rare, and the fail-safe might not even work. One could even argue that given the economic cost of higher gasoline prices, and the rarity of these spills, BP made a good bet. We might well . . . if the spill hadn't happened.

But once it has, we're damn sure that we wanted them to be a lot more careful, no matter what the cost.

Just as even before the spill, some environmentalists were sure they wanted the added protection at whatever cost, some fiscal hawks are sure they want the added protection from fiscal breakdown. Given that the odds of fiscal crisis are less than 100%, this is certainly arguable. But unless you know how much less than 100% they are, it's not exactly crazy to try to head it off by spending less than the bond markets are willing to let us.

People are tired and worried. We've absorbed as much bad news as we can take and we know we're going to be hit with more. We're hunkered down, shoulders hunched, waiting for the blow to land.

How else will the banking industry recover?
Posted by Susan of Texas at 1:02 PM

From that, I'm scared to contemplate where McGargle spent her honeymoon. It sounds like she had a couple of weeks in the lobby of Goldman Sucks.

This sounds as if the bond traders are the new English, who think that the Irish, having survived protracted famine with only the loss of several hundred thousand innocents, can certainly do so again, if the English say they can....

I didn't understand that bond markets were so powerful! I thought that they were the some of the biggest recipients of Government Welfare of all time.

1) Does an Sovereign issuer of currency HAVE to borrow money in order to spend or is this OPTIONAL?

2) If a Sovereign issuer of currency was threatened by the bond markets about its level of debt does it have to give in to the threats?

ii) Given the answer to 3)i), can these countries be considered to be in the same situation in regard monetary policy or IS MEGAN SPOUTING BULLSHIT?

I propose an official MCMEGAN screwdriver with all profits going to a fund to help the upkeep of Susan's sanity. The fanbois will surely contribute :)