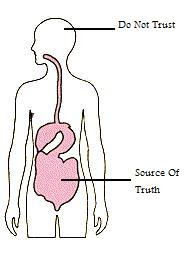 It's Day 7 in the Countdown To Doom, and Megan McArdle is still plugging away at her devastating critique of Elizabeth Warren. (We shudder to think of the ammunition McArdle is amassing to be released in a fireball of factual destruction.) In the meantime, McArdle manages to make time to discuss if Medicaid kills more people than it helps. Lesser minds might automatically react with disdain. How can it possibly be worse to get medical attention than not get medical attention? Megan McArdle is glad you asked, and is happy to clear up the confusion for us.

But before we start, we would like to congratulate McArdle for expanding her base of knowledge and pool of sources and resources. McArdle approvingly quotes National Review On-Line and discusses the article's pros and cons, and links to a climate change denier for another, who says things like, "I understand that this is exactly what the Left is shooting for - an environment where the competent have no advantage over the incompetent." She also linked to Red State a while back, and of course links to her friends at Reason. Not everyone who wishes to remain respectable would do that.

We wish to congratulate her for being more accepting of new or less fashionable sources than most in the media. Of course, television dips from this well often, putting your Michelle Malkins and your Eric Ericsons on the payroll, but nobody respects any of them anyway. The Atlantic is different, and it is extremely tolerant of McArdle to link to partisan political think tanks and organizations and oil-and-gas-fueled climate change denialist magazines. Some might say that McArdle is devaluing the brand by linking to "disreputable" sources, but David G. Bradley obviously disagrees. You don't rake in that corporate cash by being picky!

Back to McArdle's post. McArdle acknowledges that some might think getting health care is better than not getting health care. Perhaps Medicaid has problems because the poor suffer from generally poorer health than the more wealthy, McArdle admits, and she has heard that Medicaid's prenatal care and maintenance care has helped many people. But when faced with evidence one should take extra care, because you never know.

Take war. Common sense tells you that wars waste money, time, lives, and infrastructure, and damage the human soul. But just because common sense tells us war is terrible, that does not mean that common sense has to be right. War might be good, because just think of all the people who might have been killed by long, lingering deaths instead. War ended that future pain with one big boom! Common sense was wrong, and this poor suffering soul was relieved of his lingering death!

Everything I know about Medicaid confirms that it is a terrible program on many levels, with a dysfunctional payment system and a byzantine bureaucracy, and procedures that vary wildly from one state to the next. While I assume it is probably better than having no insurance, I wouldn't be surprised to find out that it's not much better. And whether or not you think it is actually killing people who would be better off with no insurance at all, there's no question that it could be massively improved. [emphasis added]

As we can all plainly see, common sense and facts must be questioned when they conflict with assumptions. McArdle already knows that Medicaid is so bad that nothing could fix it and no health care at all would be better than its ministrations. She already assumes that any benefit is negligible, and even if it isn't, what does it matter when there is so much room for improvement? It's much better to go with one's assumptions than facts because assumptions are what you know in your gut to be true, and facts are just what other people tell you is true.

And what are you going to believe, your gut instincts or your lying eyes?
Posted by Susan of Texas at 10:38 AM

I mean, come on it boils down to this:

"I take seriously the adjuration not to reject out of hand the hypothesis, however counterintuitive and factually absurd that taking seriously a factually absurd and counterintuitive and unprovable assertion that something is not better than nothing if, for example, something came with some other stuff but nothing comes with nothing would be arrogant...etc...etc...etc..."

The only reason we can know that this is wilful evil and not random chance is that mysteriously Megan always believes the very things she is paid to believe, and not some other stuff. When you read what she's writing you say "oh, I get it, this bint is actually too stupid to breathe and will be found dead of auto asphixyation of the unerotic kind." But when you read the totality of what she writes its pretty clear that its not the result of some global brain trauma because she never randomly comes upon a like conclusion that doesn't mean that rich people should get richer and poor people should die. Never.

Bitterness makes you funny, however!

Things can't stay this way forever but it's depressing to see how bad this country will have to get before everyone demands real change. In the meantime we just have to laugh when we can, I guess.

I have an assignment for this woman - let's take away her current job, and make her work at a low-wage job for 6 months without health insurance. Let's also give her 2 kids to look after at that time (I'm not sure where we'd find such parents, but you never know - we can make it a reality program and some parents will give up their kids). And then let's see how she does. Let's see how long she'll go continuing to make such dumb-ass statements as "Medicaid might be really bad."

"our intuition that Medicaid must be better than nothing is not obligated to actually be correct."

Ugh. That senetence was actually painful to read. Her pretentious poser writing style might be even more annoying than her bad math and inability to acctually research something before writing about it.

"I don't really know about Medicaid or how it works and can't be bothered to look up studies so that I can learn istead of assume, but one thing is for sure, there's room for improvement."*

*Something that can, for the sake of argument, be said about virtually everything.

Wow. Her intellectually intimidating family must be proud.

Don't forget Dan "Obama was raped as a kid hehe" Riehl. Megan has linked to him at least 3-4 times I can recall.

Well, the whole "Laffer Curve, Trickle Down" Republic-O-Nomics spiel is a case of "common sense policies" that turned out to be a mighty big FAIL. Yet Megan has no trouble shilling for more of the same.

I sense a logical disconnect here...

I don't know how you do it, Susan. I'm making myself stay in the boat because I just can't take another hit of stupid from that source. You have an iron stomach and more courage than I do.

I will continue to hold your coat as I can, but you are unquestionably doing the heavy lifting.

You are too kind, Tom. Your post spread everywhere and made a big impression. It is such a relief to see people discussing the facts instead of reacting to blatant manipulations.

Do you think Megan's superiors, or probably the Atlantic's Editor's Superiors, are toying with her?

"Hey guys! Let's see what utterly stupid notion we can get Megan to shill for today? Who'll bet me a dollar that this time she will NOT be able to rationalize and excuse the claim that people are better off without medical insurance? Come on- I'll make it $10-to-$1! Still no takers? Damm. That woulda been an eeeeeasy dollar for me..."

While I assume it is probably better than having no insurance, I wouldn't be surprised to find out that it's not much better. And whether or not you think it is actually killing people who would be better off with no insurance at all, there's no question that it could be massively improved.

Next, she'll make the case for abolishing the renters' rights clinic in DC--after it has gotten her landlord to fix the plumbing.

I'm currently on Medicaid. Could you tell Megan that it's way fucking better than when I wasn't on Medicaid? I mean, free STD tests? Check. Free ER visit when you are sure your eardrum has collapsed (though it hasn't)? Check. Having a regular doctor who will regularly assess your health? Check.

Compared to when I wasn't insured (Free ER visits for 1) a broken bone and 2) a split chin? No checks, no, no, no, just thousands of dollars of debt), it's a fucking godsend.

I would tell her myself, but I'm pretty sure that if I commented at her place, I'd get banned. She has a well-documented problem with facts, even anecdotal ones, that get in the way of her bullshit-peddling.

How can you possibly close this post without referring to Colbert at the WHCA dinner?

'That's because you looked it up in a book.'

McMegan has a doozy (believe me, even more of a doozy than the calculator crap) going:

In a post about phytoplankton ... she says the following (and I am NOT making this up...)
Quote

2. All the carbon we're burning used to be in the atmosphere. Yet the planet supported life. Indeed, the oil we're burning comes from the compressed, decayed bodies of . . . phytoplankton. This suggests that some number of phytoplankton should be able to survive high concentrations of the stuff.
UnQuote
(highlight mine...)

There you have it. Since our bodies are 80% water and 0% scuba gear, we should be able to survive underwater.

I can't keep up! I was distracted by "I am not casting aspersions on the authors or their methodology, but the whole idea of science is that even the smartest people can be wrong." because it shows she's now a bit gun-shy, and the fact that she's trying to mitigate climate change concerns--which is a huge coincidence because her husband just happens to work for denialists funded with oil and gas money.

Her untested assumptions and unresearched opinions are at odds with "common sense?" NO WAY!